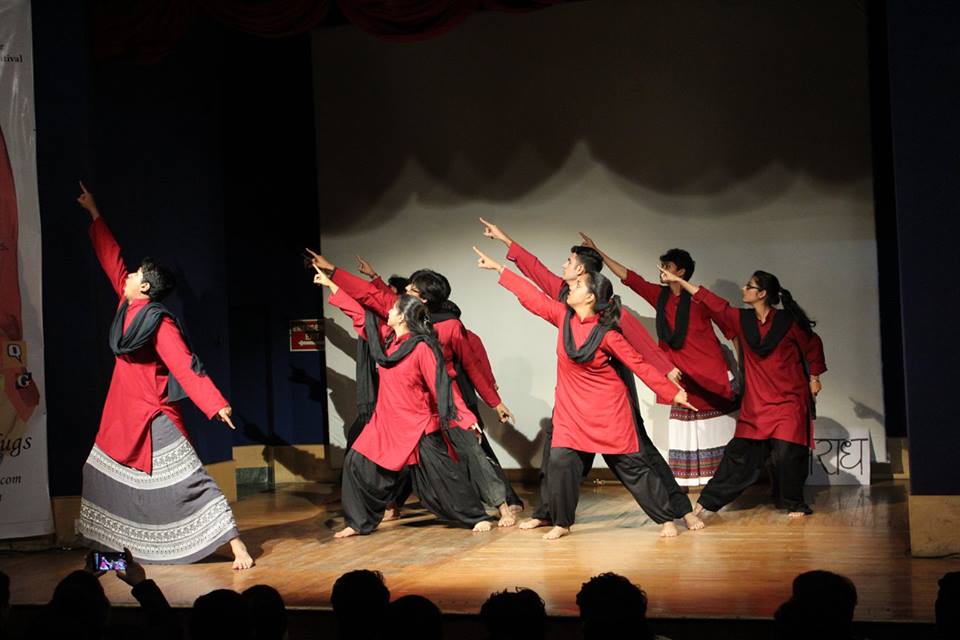 LGBTQ Folks Have A Harmless Reason For You To SMILE. The Story Behind The Lens.

The Delhi International Queer Theatre & Film Festival (DIQTFF) is in its second edition this year is the brainchild of Vinay Kumar, Founder of Harmless Hugs, a dynamic platform bringing together liberal souls all around the world. Famous Bollywood icons like Actor Kunal Kapoor and Kalki Koechlin had come forward and shown support for the team DIQTFF 2016.

“Movies and Theatre are the reflection of our lives which creates change and influence society at large. We want to bring change with these initiatives because DIQTFF is not just a Queer Film Festival,” says Vinay.

“It is our activism through art and culture to change and question the Society. Harmless Hugs aims to outreach more and more people through this festival to aware and sensitize the many facets of the Indian LGBTQI population,” he adds.

A still from the Curtain Raiser happened last week.

Regarding the event I had a word with Harsh Agrawal who is the President at Harmless Hugs, and he said,

“The best part which is also relevant to the event is – support of allies that we experience. It is the support of non-queer allies (in any form – be it a small donation, contribution in an anthology, sponsorships, outreach support or anything else) for the sheer fact that this support must be provided – I think this is something that we cherish. Even in this event, the allies have played a pivotal role in making this happen and we love them thoroughly.”

As easy as it sounds, as easy as he made me hear that, it isn’t, and the conversation followed connecting the dots to wear the pride with every human,

While thinking of the LGBTQ folks, one term always strikes which makes us ponder the concerns, equality and humility, the term is “struggle”.

What exactly is the event about? The LGBTQ community is coming together for this event, sponsored by the Love Matters India which is also the organising partner for DIQTFF, what message does it want to be delivered through the voice raised against the taboos/customs existing in the society?

The format of the event is simple – an assortment of movies and plays to be showcased along with a cluster of performances while being a star studded with a personality like Piyush Mishra. However, the event is about so much more than this.

It is about reaching out to the masses (queer and allies) and make them aware of the existence and the struggle of the LGBTQ Community. At the same time, it also celebrates the same existence and struggle through the medium of art and cinema. The event is also about making a statement that how Queer is just as mainstream.

We intend to not just spread the message against discrimination, violence, extortion and bullying – but we would also like to invite the society, in general, to be a part of the event and have a peek into the Queer World and get sensitised about it.

A still from the Curtain Raiser happened last week.

What would you want to state about MSM and Pink Economy?

MSM (men having sex with men) is a part of LGBTQ spectrum and according to the government in 2012, there were only 25 Lakh MSM in India. However, according to many studies, 2 to 13 percent population have same sex preferences.

Now, one can only imagine the vast LGBTQ population in the country out of which a fraction is in denial while a large chunk is in closet and not coming out. This event is not just for people who can attend it, but it is also for this closed population to know that such events do happen and they are not alone. They are not abnormal.

While these estimated populations are kept in mind, it must be understood that being in a closet or not being in a closet does not impact the pocket and purchasing capacity of this hidden population. The community is still spending money on a multitude of products and hence, the pink economy in India can not be ignored.

How’s life of a gay or a lesbian behind this hustle-bustle of the society which every time judges and discriminates imposing the forces in the name of values, and taking away the freedom to live on one’s own choices? What’s the struggle behind this smiling face that gives the zeal to everyone to fight for the right?

Every single individual has his or her own struggle. An individual from the community, similarly, has its own. However, yes – a certain level of added struggle has to be faced by the community members which carry from people to people depending on the situation. But, this is something that makes you strong. The power to struggle and then to survive and continue your life with dignity and more. The fight for the right has to be fought because it has to be won. There is no other option, in fact. And what drives this struggle is the hope of equal rights not just in eyes of the court and constitution but in the eyes of the society as well.

Piyush Mishra is joining the event for the first time who hasn’t spoken publicly about the concern yet. What impactful connect is he planning to deliver through this event to the audiences? What are the other voices behind this campaign to make it a happen and leave a mark on the society?

We are delighted to have Piyush Mishra sir at the event and while we are not sure about what to expect from him – but the kind of personality he is – we are pretty sure we will be delighted by surprises.

There are a number of other voices which are going to be present at the event which include CEOs and Heads of leading NGOs of the country working on the subject along with Prince Manvendra. We also have a number of partners from different domains who have collaborated with us to reach out to masses.

A still from the DIQTFF event (first edition).

So when and where is this event happening? What’s your appeal to each and everyone behind conveying a message of “coming together” and discover the equality-mankind-love?

It is happening on 10 and 11 December from 12 PM to 8 PM at NCUI Auditorium & Convention Centre, New Delhi.

Our appeal to everyone is to join and be a part of the event and take some happy memories home while contributing to a major cause in a sweet unknowingly way. Your presence in itself is a huge contribution.

Well, two more days to go for this major happening. You all are invited to grace the event. Your presence matters because who doesn’t love to have a harmless hug.

The Best Thing About This Video Is NOT Amazon Go

How To Strike A Balance Between Your Work Life And...