﻿ Team TNT Why This Seemingly Weird Move By Driverless Car Startup Comma.ai Could Be A Good Idea December 4, 2016 https://www.nakedtruth.in/wp-content/uploads/2016/12/Comma.ai_.jpg 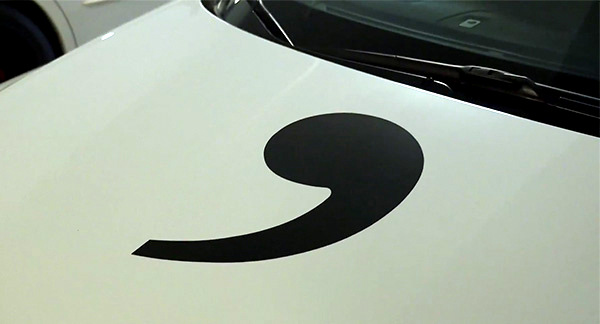 Why This Seemingly Weird Move By Driverless Car Startup Comma.ai Could Be A Good Idea

Some people enter an industry and make a lot of headlines. These are the people who have big plans, for themselves and the world. They want to make the world a better place and grow along in the process (or vice versa). Then there are the people who don’t care about either of that. They like to take up challenges just for the fun of it and make things better for others in the process. George Hotz certainly belongs to the second type.

If that name sounds unfamiliar, then you are either not reading enough about driverless cars or have not been following the mobile and tech industry since the Nokia and Blackberry days. Hotz was mostly known for being the first person to jailbreak an iPhone and hacking into a Playstation 3 until recently. For the past few months, however, he has been in the headlines for taking gun against the big names in the driverless car space.

He basically laughed off the solution used by Tesla in its Autopilot feature. And if you have your doubts, trust us, Tesla is crushing the waves being like the villain of a driverless future, and it needs to stop acting being like Apple. Here’s why!

The system was developed by Mobileye, one of the biggest names in this space. Taking up the challenge of building a low cost yet equally capable system, he started Comma.ai. After grabbing the attention of some silicon valley investors, some testing and a bit of crowdsourcing for driving data, the startup (almost) delivered on the promise. At the TechCrunch Disrupt SF earlier, Hotz announced Comma One, a device that will replace the rearview mirror, connect into the CAN port and give Tesla Autopilot like capabilities to almost any modern car.

Two months since that development and now Comma.ai is giving away software kits to help developers build similar solutions. The reason being National Highway Traffic Safety Administration (NHTSA). Soon after Comma One was announced, Hotz was served with a letter from NHTSA asking him to do more health and safety stuff and get more approvals, which makes sense, to be honest. Hotz also claims to have received more communications from California officials about what Comma.ai has been doing.

There were two ways out of this. The first was to get the money together (including USD 5 million insurance policy), hire men in suits who know the laws and get it done. This, however, would have required a significant amount of money and would have driven up the cost of initial, sort of beta product, defeating the initial objective. The another way was the Uber or Airbnb way. Go ahead in legal grey area, start testing in regions where regulators haven’t noticed you yet and then ask for forgiveness if and when they find you breaking some law.

Hotz came up with a better workaround and offered the code on GitHub for free. So basically anyone (with the right brains) can build the device, plug into the car and have a semi-automatic vehicle. The device has to be printed with a 3D printer and a OnePlus 3 is required to run the code and provide camera to scan the road. Since NHTSA is supposed to deal with the vehicles, Comma.ai is out of any scrutiny because they are not selling anything.

This, seemingly weird move, can actually drive (pun intended) more tech brains towards driverless vehicles and put Comma.ai on the map without selling anything. It could very well evolve into better versions and applications of what was originally a fancy Tesla like cruise control which in the long run could benefit the industry.

Of course, there are some obvious dangers too. To begin with, anyone with a modern Honda and access to a 3D printer (and brains, don’t forget the brains) might actually want to try it out. Won’t be as easy as we have made it sound here but you can’t ignore the threat. This could get many car owners to break the laws and regulating that is going to be much tougher than regulating what Comma.ai was doing originally. And then there are the challenges with driverless vehicles.

Nevertheless, Comma.ai is doing what it set out to do one way or the other. To keep the opportunities coming, Hotz also announced that the startup is open to working with aftermarket manufacturers (they already have the men in suit, don’t they?) so it doesn’t end here. And if the attacks on regulators and Tesla weren’t enough, the open source system released by Comma.ai is called Openpilot. Quite a hit product without a product really!