﻿ Akshay Sharma The next chapter for auto comes from the software industry playbook August 14, 2020 https://www.nakedtruth.in/wp-content/uploads/2020/08/The-next-chapter-for-auto-comes-from-software-industry-playbook.jpg 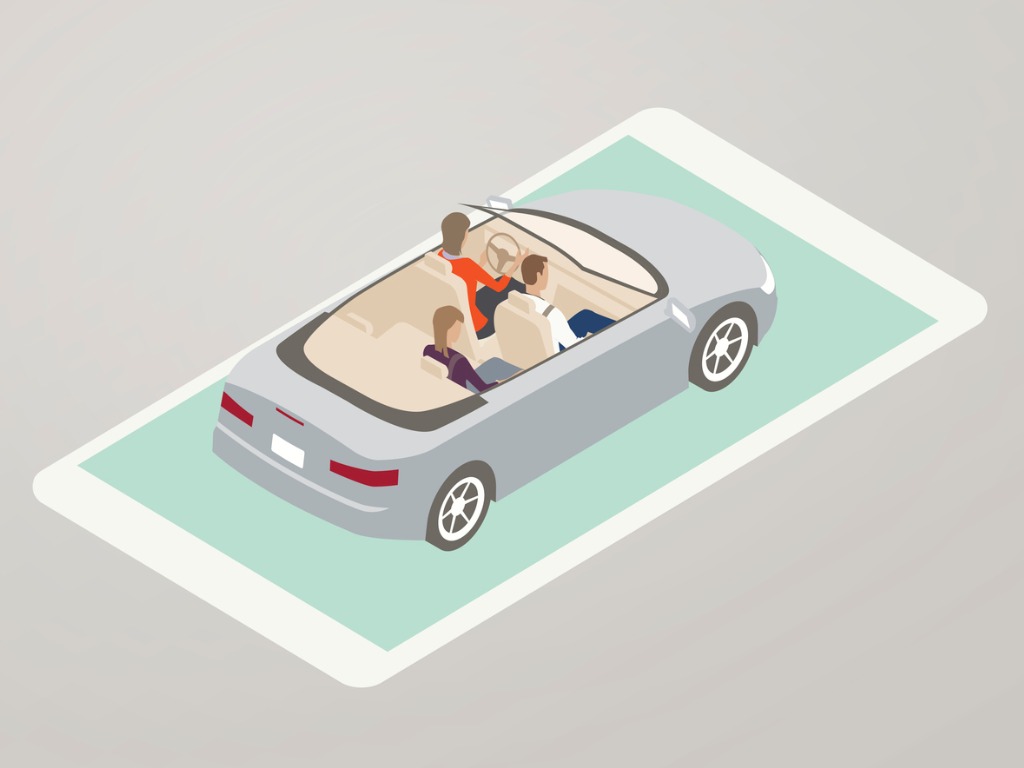 The next chapter for auto comes from the software industry playbook

Adobe Photoshop, a nice tool that many of us grew up learning design on, suddenly received a flood of hate when Adobe switched away from their usual perpetual licence to subscription. You couldn’t just pay once for the software anymore. You could choose from one of the Creative Cloud plans that would give you access to one or many of the creative tools in Adobe’s suite. For people making a living on it, there were plenty of benefits too in form of added utilities and services.

But for the company, this is a much favourable situation when done right.

Now they are not racing to sell more licences for different tools every quarter. To make money from existing customers again, earlier they had to introduce significantly improved and different versions of software followed by convincing users on why they should pay more to get on the new version. With the subscription model, now they are chasing new subscribers to add to the existing subscribers added over the previous quarters. Plus since a month-long subscription won’t cost as much as a perpetual licence, it is easier to attract new users, even to some of the premium products that one might not spend on otherwise.

The features that were previously bundled together to roll out with a major new version are now pushed out as they are ready to all the customers. Not to mention the sustained revenue from all the subscribers. Of course, it isn’t as simple as I have just made it to be but this is the broader idea.

Sure, when a lot of the popular software products like Photoshop came out, the ecosystem for selling subscriptions wasn’t there. However, in recent years, Autodesk has moved to a subscription model and so has Microsoft with Office. It has helped all these brands reach newer audience, cut down on piracy and have sustained revenues from products.

And, now, it seems that auto companies are starting to take a page out of the software industry playbook. Over the past few years, new entrants, primarily Tesla, have changed the landscape a bit, getting the investors to value the company for what it can be rather than what it is, even in a public market. Of course, it is all too familiar in the tech startup ecosystem with private capital, but was a big surprise for the auto industry in public markets. Even Nikola, a company most haven’t even heard of, and hasn’t really shipped any vehicles, has a market cap of around USD 13 billion. The story of NIO isn’t much different either, though they have a lot more to show with their racing and performance products.

And while a lot of this can be attributed to investors betting on electric and alternate mobility, the traditional automakers have failed to attract such attention despite, very publically I must add, investing in battery technologies and driverless technologies. This doesn’t sit well with them, and the auto companies with a history spanning across multiple decades and fans across the continents won’t simply concede to the newbies. Despite what may seem like lagging behind, they are hard at work to change things. And the changes would be about more than just how the wheels are propelled.

New entrants, primarily Tesla, have changed the landscape a bit, getting the investors to value the company for what it can be rather than what it is, even in a public market.

It takes a lot of effort to turn a ship around, but the process has been underway right in front of our eyes for years. All we have to do is turn around, look back and the dots will connect themselves. Over the years, we saw a lot of the big names join hands with short and long term vehicle sharing companies. We have spoken extensively about how that will change the future of the auto industry but now they are trying to take it further.

For instance, car companies are now trying to offer features as subscriptions instead of bundling with trim packages. Very recently, BMW received a lot of flak for trying to offer Apple CarPlay as a paid subscription, a decision they went back on eventually, but it was an indication of things to come.

They are planning to do it again even with hardware features like seat warmers. Their argument is that offering custom variants for every customer is less cost effective than offering standard cars and then letting buyers/renters choose whether they want a certain feature. They also claim that a lot of users were not opting for certain features because of high initial cost and were looking at ways to add the feature later. So, in theory, it makes a strong case. New car comes cheaper and seat warmer can be enabled for two coldest winter months. Sounds like a sweet deal but a lot of enthusiasts disagree for an array of reasons.

While BMW has been on the receiving end of a lot of hate on the car forums all over, it is far from the only carmaker trying something like this. It is just the only one that caught attention, primarily because over the years it has attracted a lot of driving enthusiasts with “Ultimate Driving Machine” positioning, thus gaining popularity among drivers who happen to be a bunch with high expectations.

Tesla has dipped its toes in the water at times with software restricted range and disabled autopilot feature on variants. More recently, a lot of Cadillac owners were caught by surprise when they realised the Super Cruise on their cars, Cadillac’s equivalent of autopilot, expires in three years and is a subscription feature beyond that.

While these may appear to be isolated attempts by car companies to make more money from existing customers, they are indicative of a much deeper, long term change that is coming to the auto industry. The idea is to shift the focus of investors from how many cars are sold in a quarter to how many new subscribers came onboard or how much recurring revenue they are driving. And for the customers, they are trying to be more relevant throughout the ownership cycle, rather than just be someone who made the car and sells the parts.

On surface it is a transition similar to the software industry and all the advantages and disadvantages apply. Like Cadillac Super Cruise, you can have funky features on a new car which would go away later. Trial versions of features would try to lure you to opt in. So, for most parts, it’s true, except that here, we are dealing with hardware which complicates things.

This change will start smaller, primarily with features that are new or haven’t been commonly seen on cars so far, so that people see that as a novelty in the early days before getting hooked and subscribing. Trying this with more common features might attract stronger negative emotions as it happened with BMW. And like any software suite, once you start paying ‘x’, you will gradually be nudged to pay ‘more than x’ for more features or performance either by worsening the experience of using base tier and/or adding enough carrots to lure. Goes without saying it will also pass on more opportunities to drive extra revenue to the brand from the dealerships, which again, can play out in the brands’ favour.

The idea is to shift the focus of investors from how many cars are sold in a quarter to how many new subscribers came onboard or how much recurring revenue they are driving.

However, as is apparent for many features we spoke of, the hardware would have to exist in the car. And similar to countless subscription driven IoT devices, that leaves the manufacturers exposed to aftermarket workshops and tinkerers who will simply find a workaround to use it.

When BMW was selling Apple CarPlay as subscription or limiting from certain variants, there were countless hacks, reminiscent of iPhone jailbreaks, that would enable it for a nominal fee. Same would follow for many other features that automakers try to restrict. And what can they do about it! It is my car and I am tinkering with it! Except they have thought of this and already have the ball rolling.

Over the past few years, many regions in the US added restrictions on the extent of repairs one can carry out. For instance, in California, the maximum you can do is probably change the oil, replace a bulb and fix a flat. Other regions have also applied similar restrictions with different reasoning. Fear sells, so in many cases, the arguments revolve around how cars now have so many electronics and small workshops or own repairs create security issues with minimal understanding of the same. In some cases, the narrative is about the environmental impact of working on your car in a residential region.

In simple words, you pick up a special tool and they are coming after you, and with vague guidelines for the restriction, you are on the losing side. Once these guards are in place, it will be much easier for the automakers to protect their interests. In all likelihood, the narrative around data security in cars will be fuelled significantly by all automakers in near future, partly because of genuine concerns with cars getting complicated, and partly to further the restrictions on own repairs and small third party workshops.

Of course, it doesn’t end there. The used car market will also see a shift since, in all likelihood, you won’t be able to sell your car with all the features you got it with. We have seen an instance or two of this already with Tesla and it would only get worse. And we are not even getting close to the point of talking about the environmental impact of loading every car with hardware for features one ‘might’ choose.

But is it all bad? Probably not. It might open up a larger array of options for the buyers and may make the pricing more accessible based on usage. Of course, it is easy to diss the automakers and paint them as villains but for a while now, they have constantly been running from an avalanche. They are trying to reinvent themselves to stay relevant and not be the poster child for disruption.

And well, whoever wins or loses, the experience of owning a car will change radically and that shift has started around us already.

The clash between “house” and “home”