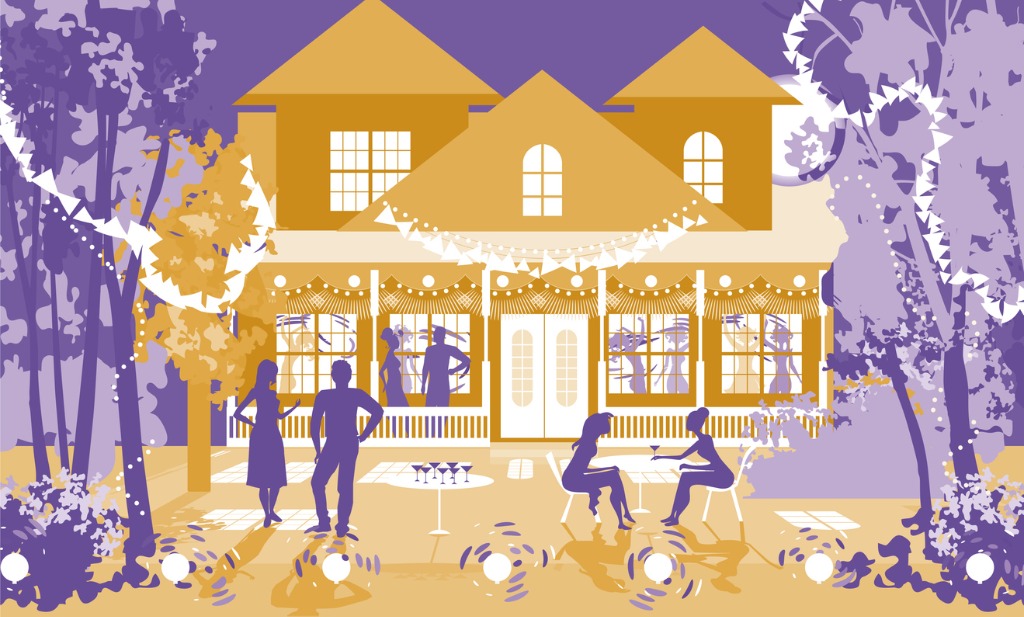 The clash between “house” and “home”

We have all heard these maxims at some point of time or the other. The concept of “home” is something we take for granted. Our definitions of a home vary according to our needs, social strata and various other factors. But at its very core, the idea of safety, security and emotional roots is what we normally associate with the idea of “home”. It is where our feelings merge into nothingness, or where our ambitions emerge from the void.

Ideally, it is the space where we can drop the masks and pretend to be our primal selves, unfettered by the pressure to pander to social expectations of looking the part of “good citizens”.

In the course of my (relatively) short stint in this world, the contours of my “home” have kept changing. I’ve seen life in four cities, and therefore “home”, for me, is a collection of memories and experiences from various places. We love our nostalgia, and we cringe hard when we revisit those same places we inhabited once upon a time and find their character completely changed. But such is the nature of life that everything has to change. Nothing can stay the same permanently. Our existence, therefore, becomes a constant mental negotiation between our imaginary “homes” and the reality of these spaces.

Sometimes, however, even what we call “home” takes on the nature of a performative space, where we try to keep up pretences and appearances in front of family members. What others assume as a protective cocoon may not always be that. Some of us may associate our most painful memories with space. And it is here that sometimes we unintentionally mix up the “house” with the “home”, because society has conditioned us to believe that “home” is supposed to be a roof over our heads, when it is anything but that.

There is a thin line separating the “house” from the “home”. If “home” is a metaphysical, ever-changing space based on our memories and constant negotiations with reality and existence, the “house” is supposed to be a physical manifestation of the same—one that can be touched and felt. The “house” gives us a sensory experience of the safety and security that we expect from our “home”. But it’s fleeting.

There does come a time, however, when we learn to separate the “house” from the “home”. When it comes to wealth, everything within sight is assiduously looked at for its monetary value. And the “house” is no different.

The question to be asked here is: how do we suddenly put a price on a place that holds emotional value for us? Is it even possible to do the same, without facing any form of external pressure?

Image is by Bence Balla-Schottner sourced from Unsplash.

In the past few months, two different films have shed light on our curious love-hate relationship with the “house” and not the “home”—Shoojit Sircar’s Hindi film Gulabo Sitabo and Achal Mishra’s Maithili film Gamak Ghar. Both films have a “house” at the centre of their narratives, and yet it is remarkable how they end up portraying the same space in diverse ways.

In Gulabo Sitabo, for instance, the old, dilapidated Fatima Mahal is at once a poignant reminder of Lucknow’s glorious regal past. To the viewer, the house represents a world of duality—we are immediately taken in by the decadent grandeur of the mansion, and yet, as we get introduced to the various inhabitants (or tenants) and the little spaces within this micro-universe they occupy, we think the house could do with a spot of renovation and/or redevelopment.

The two bickering characters at the heart of this story, Mirza and Baankey, represent two diverse ideologies clashing against one another. While the elderly Mirza wants to rid the premises of the tenants who have been paying low rents for years, the wily Baankey wants to continue squatting there with his family, because he has nowhere else to go.

For both Mirza and Baankey, the “house”—in this case, the mansion—has ceased to be “home” a long time ago. Both may have their own agendas, but saving the “house” for emotional or nostalgic reasons isn’t one of them. Outside the walls of Fatima Mahal, there is a different world driven by the comforts of capitalism, and these two characters want to be a part of that narrative. The “house”, thus, becomes a source of enormous wealth that has to be exploited at all costs.

And yet, as the story progresses, the two protagonists are outwitted by the wizened Fatima Begum, who comes to the realisation that Mirza, her husband, has no intention of safeguarding the place she still fondly considers as a “home”. Therefore, she decides to return to her former lover, setting in motion a series of events that results in Mirza, Baankey and the rest of the tenants getting evicted from their homes.

The trajectory of the “house” at the centre of the narrative in Gamak Ghar is very interesting. Over the course of two decades from 1998 to 2019, we see the journey of the house, as well as the various members of the family inhabiting it.

In the first act of the film, we see the house standing strong, acting as a cohesive, firm and yet happy “home” not just for the family, but also for their friends and neighbours. When the setting shifts to 2010, it is obvious that the “home” has turned into a “house” that has lost its shine. The family members, now settled in various parts of India, have gone to great efforts to be present at a family reunion, and yet, the conversations between the various characters make it amply clear to the audience that the house does not hold any sentimental value for the younger generation, even though the older generation could be attached to the space.

In the last act, the house is shown as being a shadow of its former self, completely abandoned. The “home” has completely disappeared, turning the “house” into a space that can be salvaged only by tearing it down.

The reason I mention about these two movies while talking about “home” is not because I want to attempt a comparison between these films, but because these are just two examples of how much importance the “home” is accorded in popular culture. “Home” is seen as a happy space. In Gulabo Sitabo, it is implied that Fatima Mahal had a glorious past, and was one of the crown-jewels of Lucknow. That is why it matters even now as a home to Fatima Begum, in spite of its dilapidated state. In Gamak Ghar, the house may have less lofty ambitions, but it is the idyllic site of many memories for one generation of the family.

Yet, surprisingly, both films look upon the advent of ambition and capitalism as an agent of change in the status of the “home” to the “house”, even though the primary reasons for this change could differ. In such a scenario, the house ceases to be an intimate space, becoming a commodity that can be broken down, split or sold instead. And at the end of both films, there is a suggestion that both houses could do with a little bit of maintenance or renovation in order to keep up with the times. Again, this idea could also be a metaphor for repairing relationships within the family.

At the end of the day, the old adage still stands. A house may be made of bricks and concrete, but you need the heart to build a home. Both Gulabo Sitabo and Gamak Ghar illustrate our individual dilemmas about embracing change and moving into the future, or clinging on to the glories of the past. And our houses—and homes—are only a metaphysical manifestation of this dilemma.

The impact of ‘silent’ farewells on our psyche