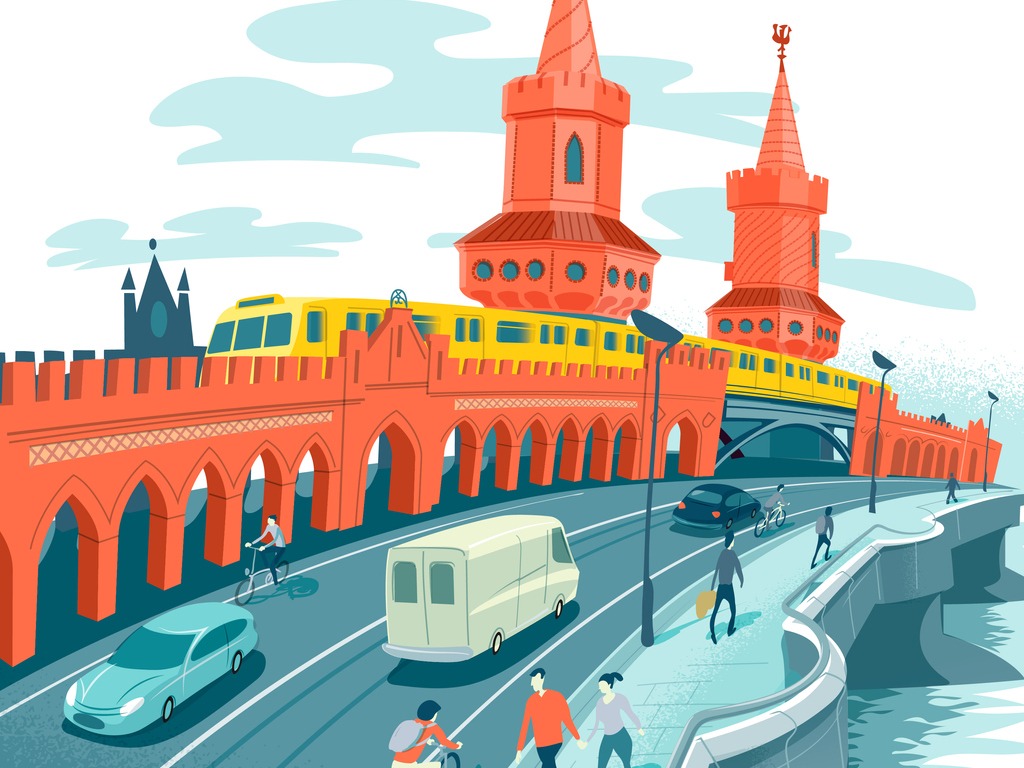 ‘Smartphone is disrupting X’ is a phrase thrown around often irrespective of the industry.

Since our handheld devices started packing in more and more, they have started to take a central spot in our lives. Travel, communication, transport and what not has evolved around the little device we use to post dog filter selfies (excuse the old reference, I am not keeping myself updated on teenage trends).

Of course, for many of us, the most obvious example of how smartphone has made transportation better for us would be Uber (or dozens of other ride-hailing services that popped up around the world). No more trying to convince the cabbie to go your route (people outside India, yes, it is a thing), or in some parts, actually considering the option without having to eat instant noodles for the next week to pay the fare. Just tap on ‘Home’ and voila, your drunk self will be dropped to your doorstep from right outside the bar.

Cabs have existed for a very long time, and in many parts of the world, are absolute convenience. Well trained, polished drivers familiar with the city passed through a system to ensure reliable mobility. However, this uphill ride came at a price, and smartphones allowed for that ride to be clipped short with technology.

Don’t know the routes? We have got maps? Don’t have the best practices to deal with passengers? Don’t need to. And a more predictable system and feedback loops helped in keeping the customer happy. Plus, it came at a time when the world had seen a bad financial phase, and it allowed people on one end to make money, and on the other, save some.

But smartphones have had an impact far wider than just services like Uber.

GPS maps existed, but throw in the mobile network and the scale of Google, you don’t have to worry about traffic jams anymore. And with GMAPS as the foundation, Google has built some absolutely brilliant features into their other products over the years simply because they aided the process of getting an internet-connected computer in our pocket. From trip planner that makes a well-calculated plan, thanks to historic data, to time popularity trends for shops, we have been enjoying far too many of these little utilities that make our day to day movements easier.

The simple point I am trying to make here is that smartphone has bridged a lot of gaps in transportation, mostly the ones that either require a long time to fill or need significant capital investment. Countless cities that were struggling with lack of good public transit system (read ‘Suburbs of Delhi’) suddenly had the option of car sharing or motorcycle taxies for citizens. This not only enabled easier movement without too much fuss, but also gave cities the breathing room to catch up with explosive urban growth by offering reliable public transit.

Having easier access to information and services also enabled better utilisation of existing infrastructure. Different surveys all over the world indicate that people are more likely to use public transport systems when there is a connected support system to complement it. Public transit systems before smartphones had little value for riders’ time. Allowing the rider to have more control on the experience gives them greater choice and puts a higher value at their time by reducing the gap from personal transport. Schedules displayed on gigantic LED signboards don’t do that. Taking out the unpredictability of time spent in ticket queues and schedule delays eliminates the worst part of using public transit, waiting. And, of course, the advantage of overcoming infrastructure challenges still applies.

Different surveys all over the world indicate that people are more likely to use public transport systems when there is a connected support system to complement it.

Smartphones have also impacted, for the positive, the movement of goods as well. If you have ever spent some time in the office of a cab or truck fleet owner, you will know that it was the fastest way to pick up some new cuss words. One of the food delivery companies did a nice throwback to the past of food delivery with their ‘Ladka nikal gaya kya’ advert which, with a dash of humour, makes the point. While there is still a fair bit of the journey to cover, the exchange of words in these offices is far less heated now.

But not everything has changed for the better.

In the US and many other countries, Waze rocketed to popularity with its crowdsourcing model for incidents and road status. Such a simple, yet brilliant idea that makes the lives of so many better. This road is choked, no problem, it has an alternate route. There are cops around the corner, better drive with a light foot.

However, and this is not a comment on just Waze, most of the mapping applications are designed with a simple selfish objective, to get you from A to B the fastest. It would take a split second to figure out that the next roundabout is a bit too crowded and there you go through a residential neighbourhood after a tiring day at work. Locals living around the key roads don’t like this.

The city planner designed neighbourhoods and roads with a fair assumption of traffic movement in mind. That, however, has gone out the window with the smartphone equipped driver. I don’t have the moral high ground here, I am just as guilty since I have a horrible sense of direction and can’t move about without maps. The cobbled road that was supposed to have kids riding their bicycles at 15 kmph is now making way for commuters sprinting their cars to beat the rush. Horrible for the road, road safety, vehicles and the locals.

And since these patterns keep evolving as traffic status changes, it is very hard for planners to keep up. They can probably do a better job if armed with better data from the mapping companies but the advantage for all the mapping companies is the data they are sitting on, and leveraging, turning it into a losing battle for cities. Some cities are trying to deal with this by adding restrictions on movements but that is only a band-aid on an ugly wound also adding to the problems for locals.

But where do we go from here? Smartphones are taking an even stronger position in the transportation space, improving things for most parts. The traffic problem aside, authorities and innovators are armed with better data to streamline transportation, and hopefully, creating a more sustainable ecosystem. And that is a future we are, albeit cautiously, looking forward to.