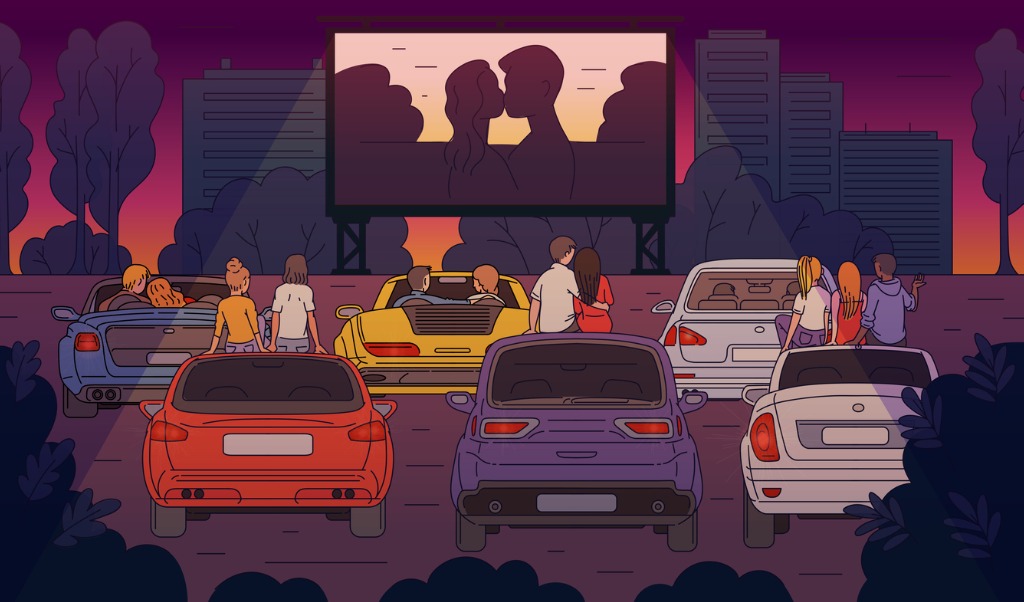 This is the first edition of Reel and Real newsletter, sent fortnightly on Saturday. That is about all things cinema, society that watches it, industry that creates it, and media that writes about it.

Have you heard of the 2006 Hindi film Malamaal Weekly, directed by Priyadarshan? I was in school when this film released in theatres, and I distinctly remember how my friends and I constantly guffawed at the sight of an entire village running amok while chasing a dead man’s lottery ticket for a chance at a better life, even as they battled the village head and her goons.

Now I’m not saying we are living inside a Priyadarshan film (or are we?), but the events of the last six months in the global media sector have felt like a combination of three different chases, even as companies battle COVID-19. Everyone’s after their own pot of gold. And not all of it is funny.

To rephrase Jane Austen’s Pride and Prejudice, “it is a truth universally acknowledged” that an OTT platform, in possession of a decent user interface, must be in want of content. Content is king, as audiences across the globe lap up the latest movies and shows sitting at home, irrespective of screen size, in various languages. More OTT platforms, such as Paramount+, Yash Raj Films’ own proposed streamer and a Star-branded offering for American shows, want to get in on the action. And the statistics back this up. Hoichoi, a streamer putting out Bengali content, has gone past 13 million subscribers worldwide.

The OTT world is now a village battling COVID-19 and lockdowns, and everyone needs blockbuster content in order to entice subscribers. Even as I write this, Netflix and Amazon are busy chasing “exclusive” rights to movies in various territories, including India. There are also rumours that Netflix may end up buying Paramount Pictures, but that’s unconfirmed. And Universal Pictures, one of Hollywood’s so-called “legacy” studios, and AMC Theaters, the largest cinema chain in the US, jointly announced their agreement to shorten the theatrical window to 17 days—which means Universal movies can come online 17 days after releasing in theatres.

Basically, studios are now admitting that audiences might not want to watch their movies in theatres anymore. And since they’re chasing their pot of gold, they have to move with the times.

This was the first chase. Let’s move on to the second.

What would happen if studios decided to charge you for watching a film once online, just like in a theatre? That’s the concept of transactional video-on-demand (TVOD), or pay-per-view, as it is known as. Historically, this model has enjoyed limited success for various mid-budget and small-budget films in the US, UK and select territories across the world. However, it has been a non-starter in India. Most people either believe in watching a movie in cinemas, or on the OTT platform with the biggest audience reach, that is T&T (torrents and Telegram). Who doesn’t love free content?

Since theatres have been shut for the longest time, studios want to make money on their big-budget films, and pay-per-view seems like the golden ticket to success. But in an era of subscriptions, would you pay extra for a single movie? Disney must have thought so when they decided to experiment with Mulan.

Mulan got a pay-per-view release on Disney+ globally at a price of USD 29.99, which was in addition to the subscription cost of USD 6.99 a month. But then, Mulan will be available to all Disney+ subscribers (including Disney+ Hotstar subscribers in India) at no extra charge from December 4, 2020. As prominent media business analyst Rich Greenfield noted, “…the idea of spending 30 dollars for a film is a really tall ask for the consumer.” He’s right: with a pandemic, a global recession and loss of jobs, a move like this is bound to backfire. Mulan has earned some moolah, but not enough to justify a budget of USD 200mn.

Is the price high? Many would argue. Remember, a lot of movie-lovers in India can’t afford to (or sometimes, don’t want to) pay for whatever they watch. Paying for streaming is something India is just starting to wake up to, and therefore, pay-per-view feels like a huge shock. Only time will tell whether this move becomes a success or not.

Whew. On to the third chase.

Cinemas: Chasing the box-office and footfalls

In all this excitement surrounding OTT platforms, where do theatres go?

A few months ago, I had written about the challenges they were facing due to the onslaught of COVID-19 and streaming. There’s a lot of uncertainty surrounding the opening of cinemas in India. What people sometimes miss out on is the fact that lots of livelihoods depend on cinemas. A single-screen theatre, for instance, employs around 15-20 people, and that’s not even taking into account neighbouring businesses. And yet, the last six months have been brutal.

Multiplexes have struggled, while several single-screen cinemas have closed down all over India. Satadeep Saha, the owner of the famed Ajanta cinema in Kolkata, went live on Facebook a few days ago, where he outlined all these issues. You can’t help but feel sorry.

The theatrical release of Christopher Nolan’s Tenet in over 70 international territories (including China), and parts of the US, had given hope to distributors and cinema operators in India. Nolan’s movies belong to the big screen, and the decision of the Central Board of Film Certification (CBFC) to give it a U/A certificate without any cuts had come as a shot in the arm for Warner Bros Pictures India. But it turned out to be an expensive mistake for Warner Bros: Tenet has bombed in the US, even though it has gone past USD 250mn globally.

It is good to hold your ground, but it is also necessary to read the room.

Warner Bros. paid the price for Nolan’s insistence on a theatrical release. Tenet could still break various box-office records in India, as and when cinemas reopen. Globally, however, the tepid response to the film has forced other big-budget Hollywood films into 2021.

COVID-19 has not slowed down, and we are yet to get news of a vaccine. The bitter truth is that people are still not willing to risk their lives to watch movies in theatres. But there’s a human cost to creating any content, not just movies. It’s not only about actors and crew members creating art, but also, the various people marketing and exhibiting that art.

It’s time to acknowledge that our cinemas are in danger. Don’t be surprised if one day, Netflix, Amazon and Disney end up buying multiplex chains and single-screen theatres in India. In that case, they could charge audiences for both ticket prices and subscriptions. It’s a scary prediction, but it could happen.

When will cinemas be back to normal? No one knows. For now, all we are used to is stay and stream at home. And wait and see how things play out from October 15, when cinemas start reopening.

And if you haven’t watched Malamaal Weekly yet, well, that shouldn’t be any chase.

If you still haven’t watched Churails, the cult Pakistani show on ZEE5, it’s never too late. Created by Asim Abbasi, the ten-episode series follows four feisty women in Karachi who open a detective agency to spy on philandering husbands, but end up getting sucked into a whole different world of evil.

Various countries have made their own political dramas, but none have been as well-made and brilliantly crafted as Borgen. Created by Adam Price, all three seasons of the Danish hit are currently streaming on Netflix, with a fourth season coming up in 2022.

That’s all for today’s edition.

This edition of the newsletter was first sent via mail in the morning. Please consider subscribing to it, following this link, to be the part of our community of readers.

The Death of Centrism