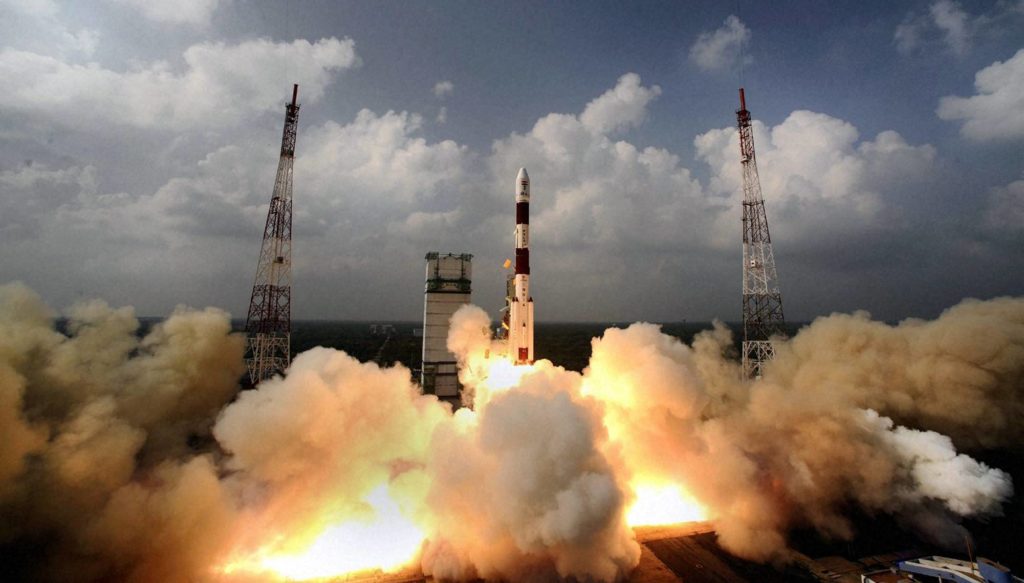 Many stars cannot be concealed by a small cloud, and such is India’s space agency, Indian Space Research Organisation’s (ISRO) story which was established in 1962 with the efforts of the then Prime Minister Jawaharlal Nehru and scientist Vikram Sarabhai.

Since then the space agency has gone on to achieve innumerable feats and one of the most notable ones being the cheapest journey to Mars via Mangalyan and the launch of 20 satellites which had satellites from different nations of the world. Today, ISRO is regarded as one of the most advanced space agencies in the world when it comes to sending satellites into the earth’s orbit.

The first mission Chandrayaan-1 was launched in October 2008 on board PSLV-XL rocket (Chandrayaan is Indian Lunar Exploration Programme). The Chandrayaan-1 mission carried Moon Impact Prob payload that made contact with the Moon and made the stunning discovery of water on Moon.

Its other notable exploits in the satellite launches include successfully launching five British satellites into the orbit from Sriharikota on 11 July 2015. The total weight of the British satellites was 1,440 kg, making it the heaviest commercial launch ever to be undertaken by India.

Not only did the Indian scientists launch the British satellites and rented premium space from ISRO but also hired a rocket for the first time.

ISRO successfully launched a navigation satellite using the Polar Satellite Launch Vehicle (PSLV) from Sriharikota on 28 March 2015. It will help the country to have its own version of the Global Positioning System (GPS), useful in everyday life for navigation. Having an accuracy of fewer than 20 meters, this system is comparable to the best in the world.

What’s next for ISRO?

ISRO has also tested the crew module aboard the GSLV MK3, which the agency claims will have the ability to take humans to space by 2020 placing India in a special group of space cruising nations. Also, ISRO is thinking of taking GSLV to the next level with GSLV MK4 which will be able to lift 6.5 tons instead of 4 tons of GSLV MK3. Adding to this, ISRO is also working on a Reusable Launch Vehicle (RLV) to reduce satellite launch costs.

Unlike normal launch vehicles which are disposable, a Reusable Launch Vehicle can be used to launch a payload into space more than once. ISRO is developing the Reusable Launch Vehicle Technology demonstrator which is a prototype right now into a fully functional Launch Vehicle by the year 2030. Designed by a team of 750 engineers, the ingeniously developed launch vehicle has already completed its first successful test flight on 23 May this year where it flew for a total of 770 seconds reaching a maximum altitude of 65 kilometres before safely landing back on the earth. The technology, if successful, will bring down the overall payload delivery cost drastically by almost 80 percent.

After successful missions to Moon and Mars, ISRO is now planning to send a satellite to Venus. It also plans to launch Chandrayaan-2 in 2017 aboard the heavy duty GSLV MK II rocket. A joint mission with NASA is under work and in progress, and we may hear more about it in the coming months.

The constant development and set up by the scientists at ISRO led by A.S. Kiran Kumar has not only put India on a global space map but it has also brought pride and delight to the country in its scientific journey, and this has been put aptly by the former Indian President Dr. A.P.J. Abdul Kalam as,

“Many individuals with myopic vision questioned the relevance of space activities in a newly independent nation, which was finding it difficult to feed its population. Their vision was clear if Indians were to play a meaningful role in the community of nations, they must be second to none in the application of advanced technologies to their real-life problems. They had no intention of using it as a means of displaying our might.”

The Vicious Circle At Play In Media