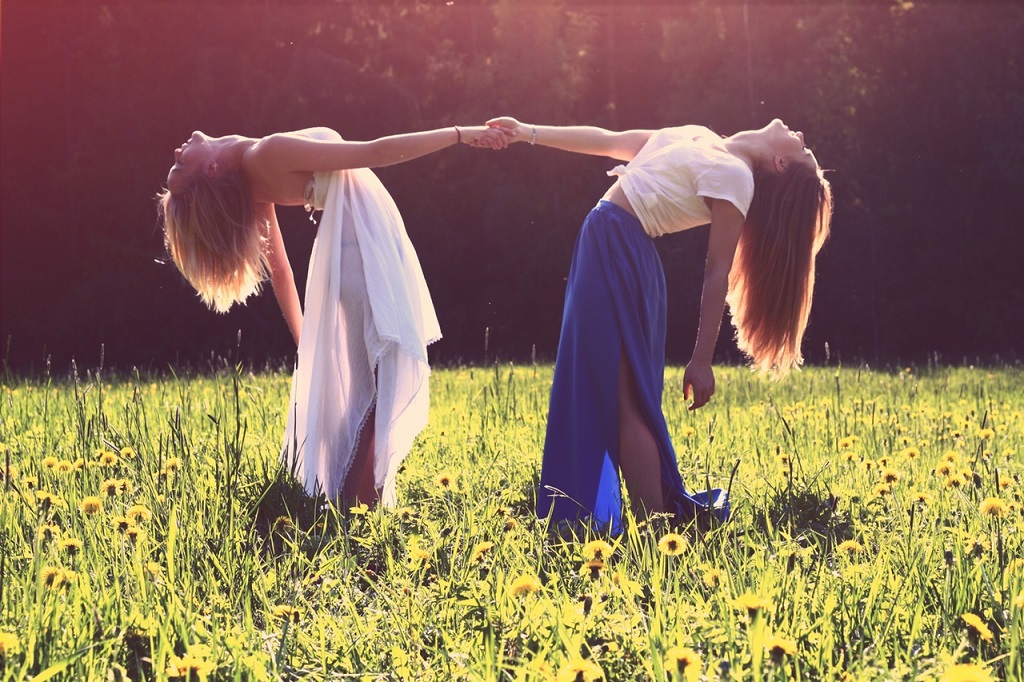 She was strolling back with a heavy bag and a lazy gait. She always wondered why the other kids always run back to their home? For her, returning to her place was always a slow process. On reaching the rickshaw she saw Aadya, sitting in her innocence and waiting. She tapped her shoulder, both of them smiled at each other and she hopped onto it.

Discussing school and related matters had never happened between the two sisters. Adhira was pleasantly naughty, while Aadya liked to live in her cocoon.

The rickshaw rides always involved the customary teasing by friends on foot, shouting out their names and waving at them. This afternoon was no different.

Their school wasn’t as far, it took just 10 minutes between their school and the colony gate. The two girls were growing to be independent. Their parents had a van pick them up a few years back. But when they climbed to class IV and V respectively, they had convinced their parents to let them arrange for their ride everyday. Her mother gave in reluctantly and Adhira felt a gush of victory run through her.

Coming back to the familiar lane in those hot afternoons was a routine, but their pranks kept the insipidity of the hour in check. They got off, paid Rs 10 and were heading to the Crèche. Adhira called Aadya and told her about the new song she had learnt that day, Aadya asked her to sing it out loud. She complied, just to find Aadya making fun of her from a distance. Adhira started running towards her and both of them climbed the stairs for their abode, yelling, swaying their water bottles, racing against each other!

Aadya reached and started ringing the bell in the desperation to get in there first. The caretaker of the crèche came out with an expressionless face and opened the door, allowing both of them to enter in, but quietly.

The routine of changing clothes, eating food, laying the foldable cot and getting on it followed. There were a total of five children apart from caretaker’s three kids. 5 of them on the cot, the three privileged kids on the bed and TV blaring out non-sense hindi movies. Aadya seemed alright with the arrangement, she ate well and went to sleep effortlessly. Adhira was restless, she couldn’t sleep, moving around in cot, then getting out, then getting in, thinking about her school and her friends.

It must have been early evening when she finally got out on the balcony, silently. She sat down on the floor, looking at the sun, which she knew would not set soon. Sure, the lonely evenings were a part of her life, and she was at ease with the slowness of the days. It never occurred to her to read or complete her homework, for the work-destined hours were only after 8 in the evening.

Blank stares around and useless hours passed in a flash, and it was now getting darker. Aadya came out and joined Adhira on the floor looking out of the fence-like barrier on the third-floor crèche. Many people passed that particular lane they were looking at. When after a lifetime of waiting moments, came the familiar figure of a middle-aged lady carrying her work-purse in one hand and vegetables in another, the two girls got up cheerfully, smiling and waving at their mother.

They rushed inside, carried their school bags, the clothes bags, wearing their school shoes with home-clothes and not feeling a speck of consciousness.

The three of them walked back, without holding hands together, but their walk was of a family, of belongingness.

The innocence of those eyes
were waiting
for the figure to appear
and take them back
to their home.
Watching their mother
In the twilight
Brought them an unmatched joy.
They rushed down,
Rushed down fast.
They never jumped, nor did they hug.
The emotion always remained concealed.

The mind, which was growing,
started observing
people, places and politics.
With each word they read,
each person they met,
brought a stronger desire
to talk more
to know more,
and to engage.
They never said it, nor did they show.
The want always remained quiet.

Those profound hearts
had felt the happiness
and the grief
all along.
Life was as it is supposed to be,
And they were growing.
The wait had been long.
Eyes, still searching
And the mind always thinking.
They never denied the feeling, nor did they suppress it.
The silence of pain remained throbbing.

Driverless Cars To Overtake The Human Efforts Turning Them Little...