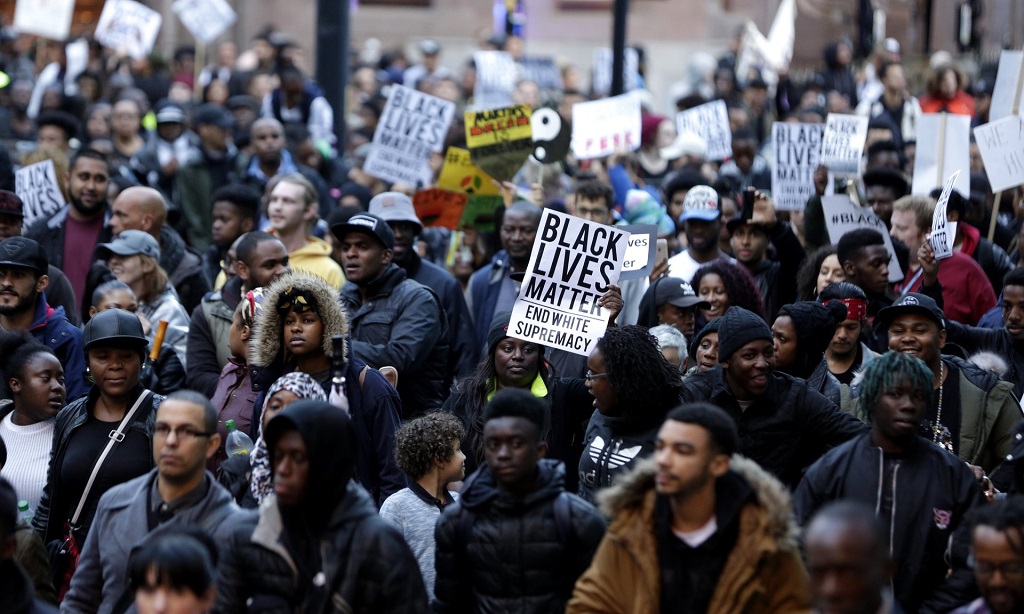 The protest is ravaging and the life of a protester is ravaged.

The protest is usually a cry or call for justice. Protest creates a flux in the society and discomforts some who exploit others, mostly the socially oppressed. On 6th September 2016, one such protest by Black Lives Matter (BLM) shut down the London airport after some nine protesters erected a tripod and locked themselves on the runway. They were protesting against the environmental impact of Britain’s decision on black people.

The significance of this protest is that London City Airport, the busiest airport is frequented by corporate travellers due to being close to two of Britain’s capital financial centres. Authorities are planning to expand its capacity and this would adversely impact the surrounding community (predominantly black people living in the most deprived area).

Joshua Virasami, an activist says that in Britain, 28% of black people will be exposed to air pollution as they live the closest to industries causing climate change.

What is the movement Black Lives Matter protesting about?

BLM was founded by three women and they state that BLM is “an ideological and political intervention in a world where black lives are systematically and intentionally targeted for demise.”

How did it all start?

As Black Lives Matter activists say, “This is not a Moment but, a Movement.” It started in the US in 2012 when George Zimmerman was acquitted of murdering Trayvon Martin in Florida.

Now, a protest raged in the UK which focuses on campaigning for the cause of black people who have been killed by the hands of the police.

The protest is ravaging and the life of a protester is ravaged. To organize a movement is tiresome task. The black movement is spreading through Black Lives Matter but, surviving the police attacks, black liberation fighters struggle to sustain the will to fight.

Black organizers face trauma during and post the revolts. The question of barriers to access mental health services goes ignored. Though it’s fulfilling to protest with a vision to create a better world, it is at the cost of their mental health. They face post-traumatic stress disorder (PTSD), trauma and depression too.

Protesters are haunted by the atrocities they faced at the hands of police and relive those moments. They face depression owing to poverty. Their involvement in protests motivates them to live but, accompanied by dark memories of manhandling by authorities. Police is brutal, violent, and videos on black killings are widely affecting the mental health of black activists and people.

The cause overtakes them, and they neglect their mental health as they are ready to sacrifice everything for the cause. It engulfs and supersedes everything, even their life. They are also ready for martyrdom.

Many come together, organize and sacrifice everything to keep the movement alive. Their sole motto is to kill white supremacy. Many get disillusioned that results are not showing and they step back. So other activists feel depressed and tired in the desperate attempt to keep the protests going. Protesters and organisers even commit suicide due to loss of hope. Disillusionment stares at them and says, “We want to be free but, we can never be.”

The truth is bitter for the black people; MarShawn McCarrel, an Ohio based activist committed suicide at the steps of State House, before doing so he pissed on the steps of State House. He was just 23 years old. Rashida Davidson, 25 recalls her experience of two years of activism. She had trouble sleeping, faced bouts of anxiety and felt extremely anguished. Since ages, black people have preferred dying as an escape to racism.

For the movement to live and black people to get their rights, they need to take care of themselves and heal. People will drift apart as sanity becomes a priority. Mental health isn’t just the challenge for protesters rather it is affecting the entire black community.

They lack finance and qualified providers who understand their culture and its challenges. Black therapists or counsellors are less and most black people don’t trust white counsellors. Many activists cannot support their basic needs so how they would pay for therapy that they so desperately need.

The black community now needs to be organised and to provide protesters with meals, donation for the cause, pay therapy bills, and take care of them.

Black people are up in arms but they are also hurt, wounded, and devastated by the atrocities by the whites. The scars are deep; more mental than physical. They are continuously witnessing horrors on their people, so now is the time that they support the activists to give them hope, a comforting hand, love, and care, which they miss the most; an assurance that they can fight and confidence that everyone supports them.

A touch of love, facilities, food, and place to live would supplement and support a movement that is the basis of the survival of a community which is long ostracized and demeaned. The fight and the movement not just only have a hope to survive but, thrive in healthy minds that further spread the movement and see the dawn of victory.

The Not So Obvious Issues With A Driverless Future