﻿ Sugandha Puri Does It Strike You About Life After Death? August 25, 2016 https://www.nakedtruth.in/wp-content/uploads/2016/08/Reincarnation-Life.jpeg 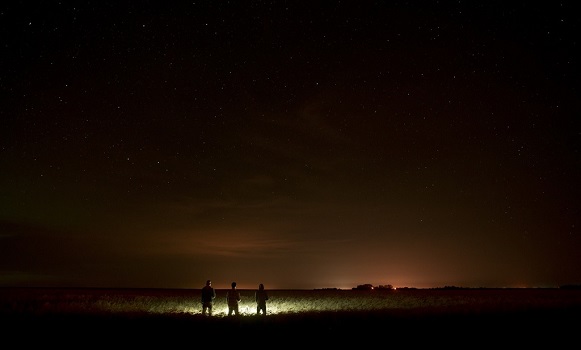 Does It Strike You About Life After Death?

At a certain point of time, does it strike you about life after death? What happens to us when we die?
Our body, of course, decays eventually but does anything such as a soul actually exist or is it just an illusion?

Reincarnation is a belief that the soul, after the death of the body comes back to the earth in another body as a another life. So a new personality is developed during each life in the physical world but the soul remains constant. People normally call reincarnation a myth because there is no evidence of this physical process while some definitely believe in the process.

However, there have also been instances where some claim to remember bits of their previous life, being absolutely on point about facts, places and people they could not have known at any cost. Many a time these reincarnated souls but no more than a child, are dismissed as being naïve or silly.

According to the Hindu mythology, it is believed that some souls take rebirth because of their unfortunate Karmas and some don’t because it is considered that they have cleared their account of Karmas on earth and once this account is cleared they attain moksha i.e. become free from the cycle of re-birth.

The Vedic writing says that there are around 8,400,000 species other than human beings so it is not necessary that one always attains human form. Living beings in lower species always advance to species higher than them.

It is very hard to actually believe that all this happens but it is a fact that out of all the species, human life is the only life that is meant for spiritual realization and ultimately gaining freedom from the cycle of life and death. The body is only a vessel that gives our spirit capability of physical life experience. It is said that our Karmas decide our next life and its physical form.

Sometimes all this forces me to wonder that why a physical being is necessary at all? Why can’t this entire process be ended and we be directly into the spiritual realm, something like angels. Wishful thinking on my part I guess.

Reincarnation cannot be proved because it hasn’t been observed with any certainty but there is also too much of evidence indicating it happens (Dr. Ian Stevenson’s work shows evidence). Few people claim to have memories of their past lives as well which can be explored in-depth with a science called past life regression. This involves tapping into memories that the brain or more likely the soul has sustained from the past life. Though there is no solid proof, it is believed to be accurate. But is there any point in knowing who you were like in your past life, if your present-self has to pay for their actions either way?

I feel that this present life is a gift to all of us regardless of what circumstances we live it. We should try to attain the highest spiritual and moral values so as to if not completely attain nirvana then at least lessen the effect of our actions. Because KARMA surely can be a bitch.

Tango Tech To Cash On The Disruption Coming Your Way