﻿ Rashmi Malapur How Drought Hurt Women The Most June 7, 2016 https://www.nakedtruth.in/wp-content/uploads/2016/06/Drought.jpeg 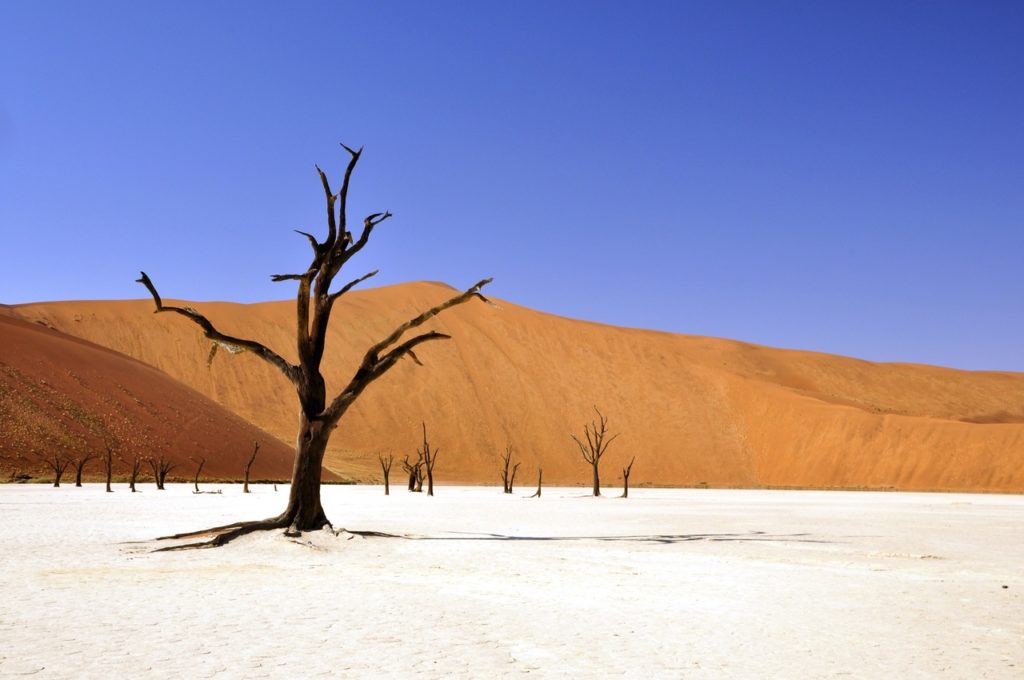 Nature plays havoc on humans as we ditch the balance that it so dearly maintains. The race for prosperity for some becomes the ordeal for many. With this lopsided development, the lesser beings find queer solutions to survive the ordeal that nature has thrust upon us. Nature wishes that we learn a lesson and get back to preserving the balance. But, as facts reveal we get enmeshed with deeper challenges and questions hover in our minds.

Fetching water is a herculean task in most rural areas of India and the onus lies with women to fetch water for the entire family. In scorching sun, they have to walk miles, sometimes over the hills and make at least 4-5 trips to get enough water for the family.

In India, we are witnessing the worst drought situation since decades. Who is hurt the most by this ordeal? It is the women and children especially from the backward community who are affected the most. The drought has lead to polygamy, malnutrition, early marriage, and even prostitution.

Isn’t it a national emergency?

Kailash Satyarthi, Nobel Peace Prize winner rightly believes that it is a national emergency as children and women are increasingly affected by the drought. It’s a severe drought situation where 164 million children have been affected. It has lead to 22 percent of school dropouts.

According to the government, drought has affected 336 million people, which means almost a quarter of Indian population. 13 out of 29 Indian states are facing the brunt of drought.

In fact in Latur, Maharashtra families have resorted to harrowing solutions like donating their daughter to the temple (as devdasis). Parents fail to feed their children and in a bid to survive they force them into prostitution.

Thus, Satyarthi has urged the Prime Minister of the nation, Mr. Narendra Modi to declare the national emergency owing to the exploitation of women and children due to this calamity. He has suggested that the unspent amount Rs. 10,000 core of Corporate Social Responsibility be channelized towards drought relief.

What is at stake?

A report in Reuters suggests a woman of the house is the first to wake up, walk miles to fetch water only to be the last and the least to eat and sleep. This affects her health especially her menstrual and reproductive cycle further aggravating the situation for her and the family.

Women are abused and forced into prostitution and men demand a high dowry amount as they have low income due to drought. Dowry deaths are common as women cannot conceive due to malnutrition.

‘Water wife’ or ‘paaniwali bai’ is a solution that parched villagers of Denganmal in Maharashtra have found. Men marry twice or thrice to ensure that their household has more women to fetch enough water.

Playing with the lives of the future generation:

Men migrate to town with no farming activity, crops drying away and livestock perishing. After they leave their village, women, children, and elders are left behind who are vulnerable to human trafficking.

Girls cannot go to school since they have to fend for their younger siblings and fetch water. Child labour has risen since families have to satiate the need for the money necessary for basic survival.


Backward community is the vulnerable part of the society and has no socially equal standing. It is forced into the lower strata of society and discriminated. Most of the people’s names are not in the government records as landowners so they never avail government relief. They are not even counted in the census and excluded from the government jobs and subsidized facilities.

At the heart of most social issues lie economic challenges.

Two issues to be tackled in India are lopsided development where rural areas languish in misery and caste discrimination, which is nibbling into the existence and self-respect of lower caste.

A dejected state where the rage and the fury is building among the people who suffer.