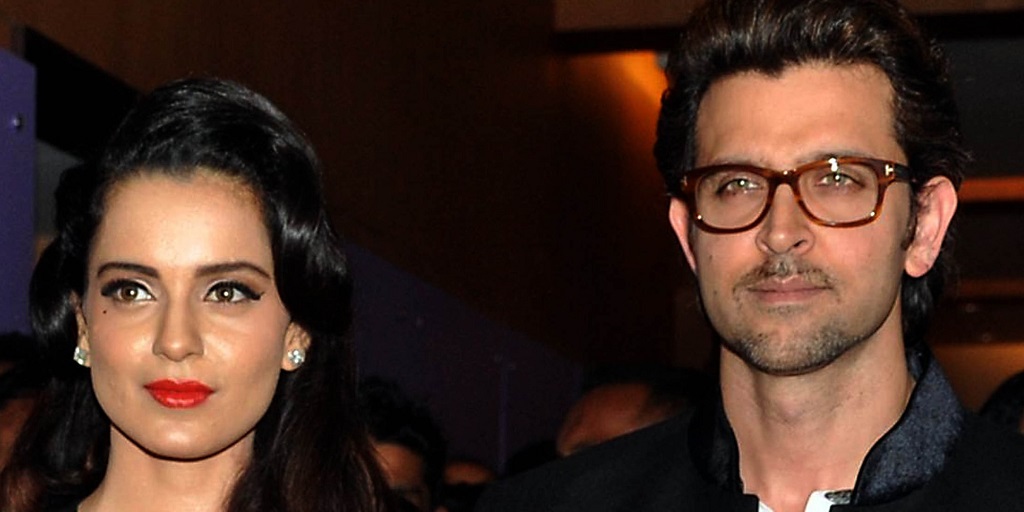 B-Town Feuds: A Media Stunt Or A Loss To The Film Industry?

No no no, the famed Sunny Deol dialogue has not been mistaken, it was all to express the current situation of the buzzing Kangana-Hrithik love story, or maybe no love story?

From a silly “Silly ex” comment this roller coaster feud between the two actors has now come to the point of being a blot on the image of the two of the finest artists of Bollywood also dragging a few more into its tides.

Just a few days ago, Hrithik and his legal team were found claiming that he was never romantically involved with Kangana whatsoever. To which Kangana countered, accusing Hrithik of hacking her account and sending the mails himself. But a recent picture of the two of them having a cosy time together suggested rather the opposite. Now this got us to thinking, were they actually in love or are they just passing the time playing the blame game?

It is believed that curiosity is the spark behind the spark which ignited an all new flame in Hrithik-Kangana’s legal spat.

Sussane Khan, Hrithik’s ex-wife recently showed her confidence and trust in her ex-husband by tweeting in favour of him on the ‘intimate picture’ claim and said that the picture was photoshopped and it was she who was with him and not Kangana. Do we smell love? Or is it just a stupid hangover from all this frothy love-hate relationship between the two co-actors?

Another twist in the tale was the recent interview with the actresses’ ex-beau, Adhyayan Suman that flashed a new highlight on the spat between the two and puts the ball in Hrithik’s court thus un-evening their scores.

According to Adhyayan, Kangana was an abusive and emotionally detached partner. His sympathies lie with Hrithik as he stated:

“I felt a sense of déjà vu as I could identify completely with what’s happening to him. I can understand the pain that he is going through. I have been there. It’s not about physical pain, but how emotionally tortured you feel.”

“I’m extremely proud of my rags to riches story, it’s fun to be a misfit or an underdog if you acknowledge your gifts or befriend your obstacles.”

Amidst all their twists and turns of web games, love angle, imposter involvement, notice games, accusations, black magic, blame games and emotional distress one thing is distinctively clear, both their lawyers and their families are having one heck of a gala time these days.

Such filth full feuds are no new addition in the B-Town arena but each time such issues crop up, some really deserving talent is lost for eternity and some unworthy individuals get an undeserved fame in the industry. Look at it anyway, it is a shear loss to the film industry only!

With so much unfolding each day it is too early to announce the rights and wrongs in the tussle but something is pretty clear, each time a new card unravels; some perceptions change and some begin to differ.

But one thing that remains constant and will always be the same is the actors’ hard work, perseverance, dedication and the performances that we’ve enjoyed and appraised so far.

You Aren’t Happy But Did You Realize This Is The...

Cyber Crimes Are On The Rise. Celebrity Cases Are Just...