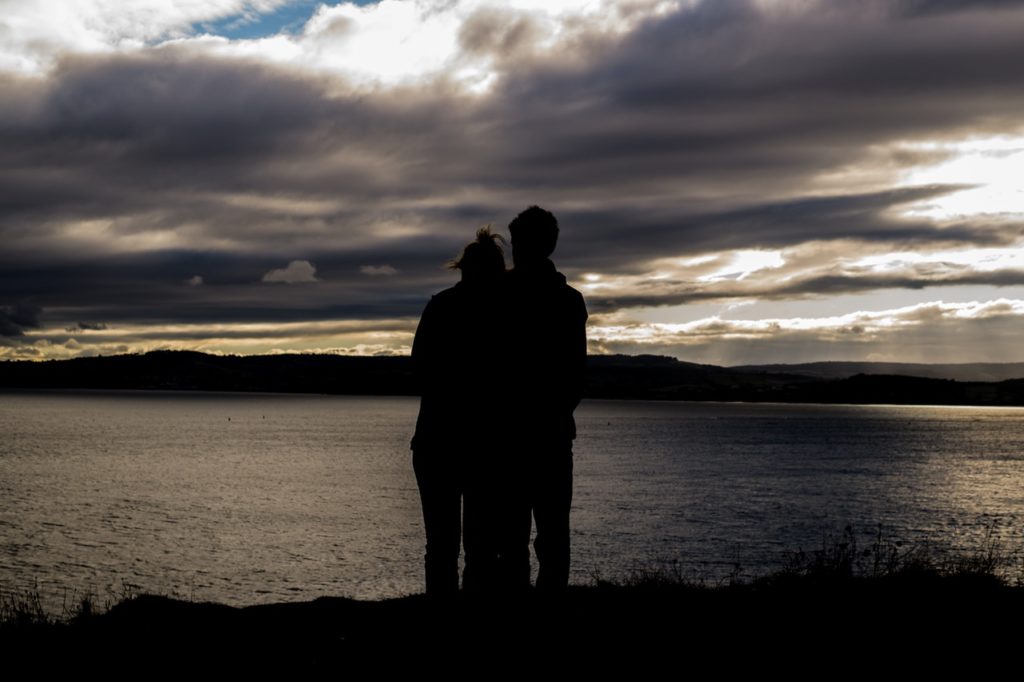 Between the glances shared
and the touch exchanged,
She was unsure and questioning,
for she was visibly scared
if it would work out.

Kedar got up hurriedly and rushed to his bathroom to get ready, he had totally forgot that it was a Sunday and there was no office today! When he realized, he smiled at himself and got back to his bed. His sister was listening to Sitar in the other room, “Pt Ravi Shankar, I think”, he thought to himself. Life was so good when you woke up to sun high in the sky, music in the air and a Sunday brunch to look forward to.

While eating, Swasthi asked Kedar, “What is your plan for today? Will you accompany me shopping?” Kedar nodded uninterestingly. He was not paying any attention to his sister but did manage to appear keen on it. Just when Swasthi came dressed, he said “I can’t go with you, I have to see a friend, I think I had told you!”

Kedar strolled through his home to Deccan on his Activa. He knew that Vanshi would be waiting for him near Vaishali. All through the way, he kept thinking where to take her that day, “MG Road, I think.”

The ride to the decided venue was unusual. Vanshi was stealing glances in the rear view mirror. She blushed whenever Kedar smiled at him. “Is it the last night she is still hanging over with?” Kedar really liked spending time with her, he was younger to her, and fickle-headed. He knew that behind his smart sense of humor lied an unseen insecurity of his volatile head.

He took Vanshi to Marz-o-rin that day. Chose a seat at the balcony and ordered his favorite chicken sandwich and some pastries. He could see a visibly lively girl sitting by her, making some sheepish moves and looking around feverishly. Without a second thought, he held her hand and asked her, “Will you be with me Vanshi, will we be together?” Vanshi smiled with lowered eyes, and said a thoughtful yes!

Kedar was hooked to her since she came here and thought that it is the right step!

After that moment, the evening was purely blissful. Even when Sumedha had joined the two of them and chatted endlessly, the two lovers kept looking at each other, holding each other’s hands under the table.

The journey back home with Vanshi sitting behind him, holding him tight in the balmy breeze of a typical Pune evening was fascinating. His eyes sparkled bright and her face carried a splendid smile. They were so enviably happy!

He gazed, reassuringly,
Saying yes, we will be together.
He smiled and so did she.

How sweet is the feeling of soaking in the sun at the Marz-o-rin balcony on a busy weekday? When you watch hoards of people rushing through the bustling MG Road while sipping cold coffee from this place which oozes nostalgia from every corner, trust me, it is a great feeling. Although sitting there alone I missed you immensely. I had never imagined having returned to this place on my own again.

Pune was nothing to me, before I had met you. I vividly remember the first time we came here, in the prime of our youth, you were ever so charming and I was a shy girl. There was a lot of awkwardness in me after the previous night we had spent together. I feel your impish smile was hiding your unease too. When I entered this place, following your steps ahead of me and climbed those stairs, I felt like being transferred to an old world. The pigeons were cooing, sun on the verge of setting right behind you, the setting was nothing less than magical.

Let me admit, food was not on my mind for the first time! I didn’t know what to order and what to eat, I was just soaked in the warmth of that night and your company then.

I very well remember how my heart skipped a beat when you held my hand and popped the most special question of my life, “Will you be with me Vanshi, will we be together?” and I fumbled, due to the sheer surprise you caught me with. Let me confess Kedar, that day I wasn’t so sure about it. I had nodded with a smile because I knew deep inside that I wanted to, but was unsure of how will this happen.

You receded from my life, slowly and imperfectly. I forgave you, but could never meet you in the eye.

I didn’t know that when I will return to Marz-o-rin after all these years, with a little grey in my hair and lesser magic in the eyes, I will sip my coffee with that evening occupying my imagination. I just couldn’t see beyond it. The crowd below did break my meditation at times, but I was engrossed in our world throughout.

I write to you today to thank you for enriching my memories.

And then it happened so,
She kept waiting
and he just vanished.

(This story is in continuation of the previous story titled as Vanshi – The Best Goodbye).