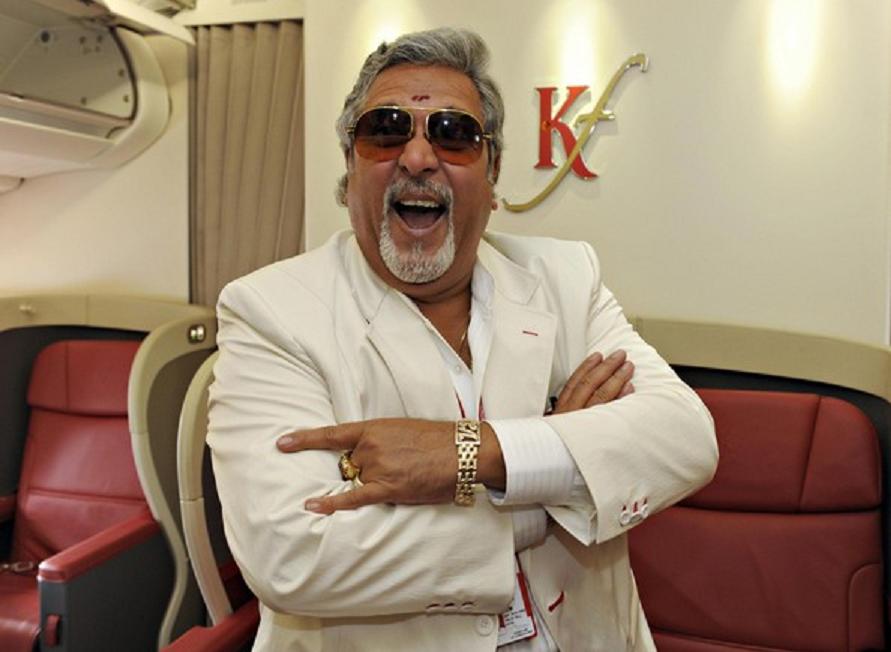 “The King Of Bad Times”: Sweet Deal For Vijay Mallya Wipes Off, No Access To Rs 515 Crores

Today morning, the Enforcement Directorate (ED) registered a case of money laundering against him.

Then, to make matters worse, in the afternoon, a Debt Recovery Tribunal (DRT) said the liquor baron can’t access the Rs 515 crores he got from the recent sale of his spirits business to Diageo, until a loan default case with The State Bank of India (SBI) is settled.

On the last Friday, the Karnataka High Court issued a notice to liquor baron Vijay Mallya, Kingfisher Airlines and nine other respondents on a petition filed by bankers. 13 bankers, including State Bank of India (SBI), approached the high court seeking Mallya’s arrest and the impounding of his passport.

SBI, one of the 17 lenders to the Kingfisher Airlines, approached the Debt Recovery Tribunal (DRT) to take appropriate action against the airline’s chairman Vijay Mallya who reportedly owes Rs 7,000 crore due of loans to its lenders.

In what was called a ‘sweetheart deal’, Mallya sold his business to Diageo last month.

DRT judge Benakanahalli has secured the first right on the USD 75 million severance package that Mallya will be getting for quitting from the position of the chairman of the Diageo-owned United Spirits (USL), last week.

Benakanahalli said, “For now, I am taking up the application seeking to secure lenders’ first right on the payout from Diageo and getting full disclosure of his assets in the country and abroad on a priority basis. I will take up other applications later.”

Uday Holla, senior advocate and Mallya’s counsel, filed an objection before DRT stating that “the USD 75 million cannot be attached because his client is getting the severance package after signing a non-compete agreement under which Mallya would not enter into liquor business for the next five years.”

Holla further tried to play the politics card, stating that Mallya was a ‘respected’ member of the upper house of parliament and, therefore, his arrest is ‘demeaning’ to an institution like the Rajya Sabha.

He also claimed that Mallya is a “small-time” defaulter, unlike companies like Reliance which are bigger defaulters. “Some of the companies have defaulted to the tune of Rs 40,000 crore, and nothing happens to them,” he claimed.

Following this incident, the aggrieved employees of the defunct carrier, Kingfisher Airlines, wrote a letter to its chairman, Vijay Mallya.

When the Kingfisher Airlines shut their operations in 2012, they left over 1000 employees jobless with unpaid salary arrears of more than Rs 100 crore. To this day, the employees haven’t received their salaries.

The aggrieved employees have raised some very relevant questions in their letter to Mallya. For example; why didn’t the CBI take any action on its own and why weren’t there any criminal proceedings initiated against Mallya then?

They also highlighted the damage that Mallya caused to the Indian Aviation industry and how upcoming airlines are now finding it difficult to negotiate terms with leasing companies.

Born with a silver spoon, Mallya inherited a big successful empire from his father and tried to make it ‘bigger’. The UB Group, at its peak, had many laurels under its hat. From pharmaceuticals, agrochemicals, paints, petrochemicals and batteries to food, carbonated beverages, liquor, ketchup, jams and chocolates. The desire to have more, led Mallya towards cricket, Formula 1 racing and, of course, his desire to have his own airline.

It’s probably Mallya’s impulsive and erratic decision making and his larger than life approach to business that led to the doom of his airline.

The acquisition of Air Deccan, in 2007 added fuel to fire in the case of Kingfisher Airlines. Air Deccan was a loss-making, low-cost carrier at the time. Mallya solely concentrated on being able to fly overseas while buying Air Deccan, completely ignoring the domestic business.

He didn’t understand that, at the time, the majority of Indian flyers were not looking for luxury on a flight. All they wanted was a flight that was value-for-money and always on time. This is where carriers like IndiGo were able to come in and prove their worth. Despite being so actively involved, right from selecting air hostesses, to recording welcome messages, his dream project ended in a disaster. By 2012, Kingfisher had accumulated up to Rs 16,000 crore of losses.

Mallya’s ‘larger than life’ lifestyle, houses in various countries, cars, private jets, a personal Boeing 737, parties, swimsuit calendars and his negligence in differentiating between his personal money, his companies’ money and that of the banks have done little to help his cause.

What went against Mallya is the fact that he let down his employees, shareholders and lenders all at once.

And so now the noose only seems to be tightening around him.

‘Johnson & Johnson’ Penalised By An Amount Of $72 Million...