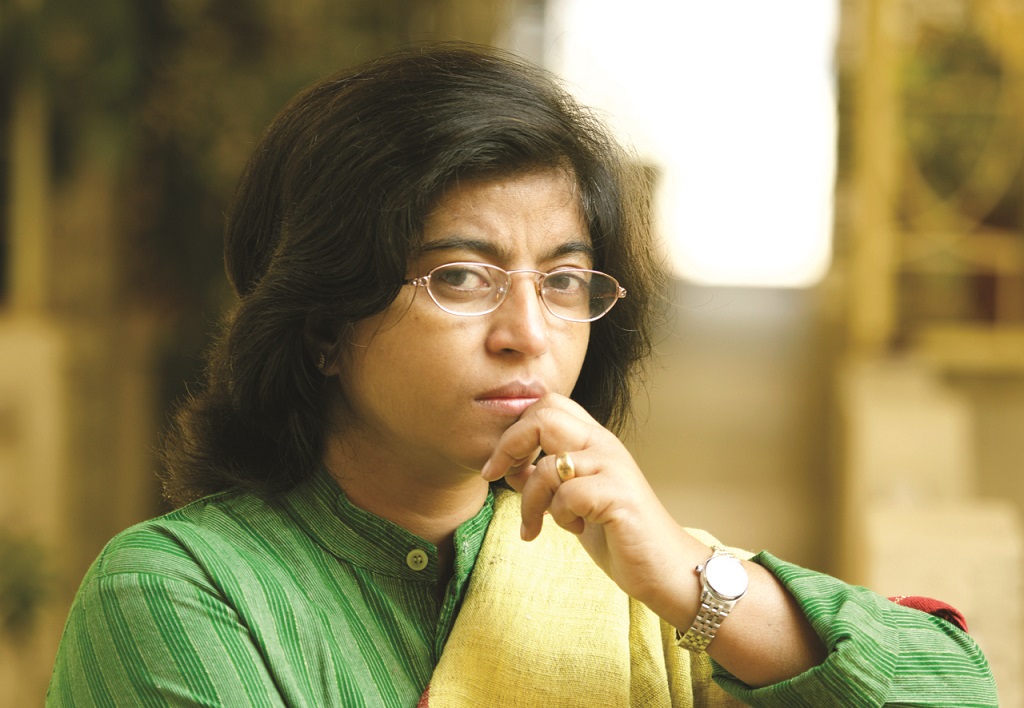 A survivor, a fighter and an inspiration, one name that sums it all is Dr. Sunitha Krishnan.

Many have seen her on Ted talks or on the famous television show Satyamev Jayate, few know her as a social activist or as the co-founder of Prajwala but little do people know about the struggles of her life and the difficulties she had to face to be the person she is today.

Born to a lower middle-class family in Bengaluru, Sunitha was a benevolent child from the very beginning. Her passion and inclination to do well for the society exhibited in the very early stages of her childhood.

At the mere age of eight, she voluntarily involved herself with mentally challenged kids and taught them the art of dance. At the tender age of 15, Sunitha Krishnan was already running schools for the underprivileged slum kids. Her work and dedication were slowly gaining both popularity as well as criticism.

It was during this time that an uneventful incident changed the course of her life.

While campaigning for a Dalit community, she was abducted and gang-raped by eight men. The purpose of this act was to break her spirit and discourage her from continuing the work she was doing for the community.

Although many lose faith at times of adversity, Sunitha Krishnan did quite the opposite. Instead of venting out her anger and falling prey to self-pity and depression, she used it to fuel her determination towards the cause. This incident not only made her more focused but also strengthened her to stand against it.

What disturbed her more was the aftermath of the event, the hostility she faced from the society and the isolation that followed.

In an interview, she said, “What affected me more was the way society treated me, the way people looked at me. Nobody questioned why those guys did it. They questioned why I went there, why my parents gave me freedom. And I realized that what happened to me was a one-time thing. But for many people, it was a daily thing.”

She was determined to make a change and continued to study, completing her Ph.D. in the following years.

Sunitha Krishnan knew that life wasn’t going to be easy for her. Being a social activist and fighting against the odds isn’t always as easy and commendable as it sounds. In 1996, she had her first arrest for protesting against the staging of Miss World competition held in Bangalore. Being the lead in organizing the protests, she was put under judicial custody for over two months.

Post her release, her family disturbed and unsupportive of her decisions, strongly opposed her actions and choice of lifestyle. Her determination and commitment towards her work and passion forced her to leave and move to Hyderabad where she joined People’s Initiative Network (PIN) founded by Brother Barghese Theckanath.

The same year, Dr. Sunitha Krishnan and Brother Jose Vetticatil, together came up with Prajwala, an organization that came into existence during the distressed times in the red light district of Hyderabad; Mehboob ki Mehndi.

The area was being forcibly evacuated, displacing along with it thousands of women and children, caught in the clutches of prostitution. Disturbed by the helplessness of these women and for the benefit of the future of their children, both these activists joined forces and started a transition school at the vacated brothel. From then on, there was no looking back.

In the early years of Prajwala, Sunitha had to sell off her jewelry and household items to make ends meet. Now, 20 years later, Prajwala stands upon five pillars and is a full-fledged organization. It extends moral, financial, legal and social support to victims and caters to prevention, rescue, rehabilitation, reintegration and advocacy.

Till date it has rescued, rehabilitated and served over 12,000 survivors of “sex trafficking” and the scale of their operations makes them the largest anti-trafficking shelter in the world.

Sunitha Krishnan runs the organization as a full-time volunteer along with over 200 employees. Prajwala not only rescues victims but also re-directs them into various trades like carpentry, welding etc. They try to incorporate skills that would help these women earn a respectful status and living in the society. It also helps victims to unite with their families and takes full responsibility if the family refuses to do so. Prajwala is not just an organization but also more like a family. It educates its members; settles/resettles them and even performs their last rites.

To spread awareness on sex trafficking and trade, Sunitha Krishnan has collaborated her work with the film industry. Her husband, Mr. Rajesh Touchriver, a filmmaker, guides and helps her in doing the same. Together they have directed various short films and documentaries explaining and elaborating the depth of the issue. One of the films, Anamika, is now a part of the curricula of the national police academy.

From the very beginning of her career, Sunitha Krishnan has faced life threats and has also been attacked a couple of times. One of the attacks has even left her with permanent ear damage. Even then her foundation and her spirit are not perturbed and she fights it all with the bravest front.

Today Prajwala, run by Sunitha Krishnan is not just an organization, but the only known true family for many.