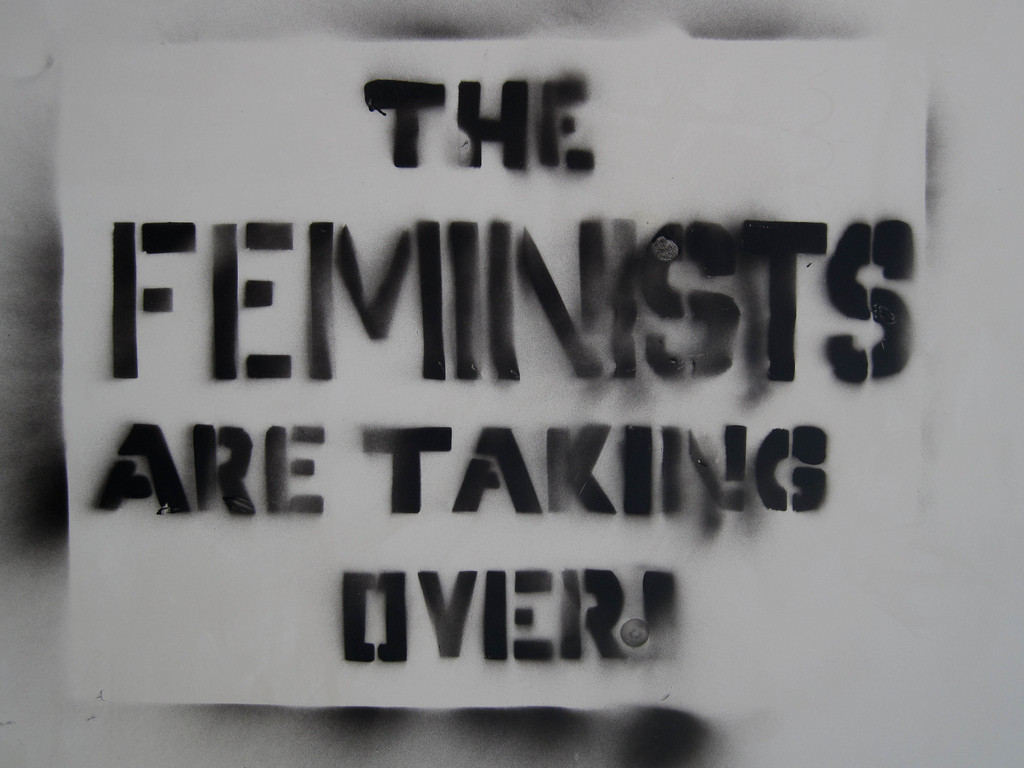 We will agree that the word ‘feminism’ is quite on the high these days and has been for the last couple of years.

From trending on social networking sites to Bollywood ‘now’ being open to heroine-centric roles, from the four walls of a classroom to conversations being held in the playground, under the tree at a local tea point, at the bar or at the spa. The word is suddenly omnipresent.

However, while some believe that a women’s revolution is on the rise and it is something that will form a part of our history books someday, I for one, am baffled with what feminism really means to us. This word has tiptoed into our lives for sure, but not all of us actually understand its true meaning of not just equality but also, that it is self-sustaining, self-containing and self-supporting.

Not very long ago, I came across a small comic strip. In it, two women were standing and looking at one another. One was wearing a burkha covered from head to toe with just a vent for her to see and the other ‘fashionably’ dressed in a bikini and sunglasses.

In the last one year or so, we have seen many initiatives being taken by some big names of the film and media industry. Quite recently Y films launched a web series, titled A Man’s World, which gave its viewers a sneak peek into what would the world be like if our gender roles were reversed.

Then we had the much debatable Homi Adajania’s, My Choice, featuring 99 women including Deepika Padukone. Also, a few women-oriented films like ‘Mardaani’ fared well among the masses.

Then what is the hue and cry about us being regressive especially when it comes to our women. The problem lies in how we see ourselves and how we equate ourselves in relation to one another and of course patriarchy.

So while on one side we have Adajania’s My Choice, voicing uninhibited sentiments of women across all ages. On the other side, we have a film made by him titled ‘Cocktail’, which belittles this very ideology. The party girl in a live-in relationship has to suddenly assume the role of the ideal girl who is trying so hard to cook and fit into the norms dictated by our society. This is how she tries to attract the attention of the man, who has inevitably fallen for the homely, virginal girl who on the other hand feels sorry for herself because her husband (with a highly questionable character) refuses to acknowledge her role in his life.

We have a female oriented film but it is titled ‘Mardaani’. The strength and courage of the character is compared to that of a mard in order for it to sound ameliorative. We have to reverse the roles in, ‘Man’s World’, to explain the simple logic of marital-rape.

A leading actress says with utmost pride that for her father, she’s the son of the house. Automatically the audience is in awe of the sheer brilliance of this man and the strength and grace of this woman now that she is being compared to a ‘better’ role player in the society than herself.

Many actresses have in the past ‘clarified’ that they are not feminists. Feminism is perceived to be a man-hating sentiment. Women try to disassociate themselves from the word because they feel the society is unaccepting of it.

Surprisingly, it is so difficult for us to see a very simple form of discrimination being carried out here.

Feminism is nothing but equality. Be a feminist. Ask for a better status in the society but you don’t have to question the place of men in your lives for this. Strive to strike a balance. Both the sexes are equally important. This constant need to compare the two in order to prove one better than the other is the root problem.

Feminism in the true sense is synonymous with equality. But we have to establish this equality on our own. And not by constantly comparing ourselves with other beings, (be it a man or a woman), situations or imaginative scenarios. We either equate strong women with being man-like or as some who hates men.

We cannot and should not judge ourselves according to popular culture and beliefs. We cannot assess our success, strength or weakness, our decisions and our place in the society with respect to another.

Feminism as a movement is not just limited to women and their rights. It is also about finding one’s identity as an individual. And not having to feel the need to defend that identity to the world.