﻿ Rinky Marwaha Transgenders Coming Into Their Own January 8, 2016 https://www.nakedtruth.in/wp-content/uploads/2016/01/Transgender.jpg 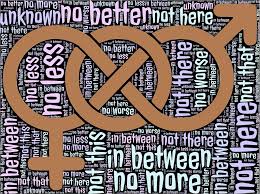 In a world where disparities in income, race, religion, and caste are often the reason behind discrimination in society, here we can breathe a small sigh of relief, Transgenders, a community often at the receiving end of the butt of jokes by people from all other walks of life, have presented before us a case of them coming into their own.

Of them showing the rest of the world that they too can do something which puts them onto a platform of some sort. That they will no longer sit back and be mute spectators to being made fun of.

In India, we now have the 6 Pack Band, an assimilation of six transgenders of the hijra community, which have launched their debut single ‘Hum Happy Hain’ along with a music video.

And what is really wonderful is the platform they have been launched is none other than one of the frontrunners in India cinematic expression, the YRF group’s youth films wing, Y-Films, in tandem with Brooke Bond Red Label. In actuality, this band, curated by composer Shameer Tandon, is slated to soon release six songs, all powered up further by music videos.

This one little nugget comes a few months after the courts in India have directed the national and state governments to redress the disparity suffered by transgenders by recognizing them as an official minority in the country.

They now are recognized as a legal third gender since gender identity is now taken as fundamental to the rights of self-determination, dignity, and freedom. With this ruling, the courts now recognize the different traditional categories of transgenders including hijras, aravanis, kothis jogtas and shiv-shathis.

This segment of our society is now eligible for a full quota in public jobs and admissions into educational institutions along with no bias when it comes to going in for medical care amenities.

Coming to the basic question, who exactly are transgenders?

These people, it is so defined, suffer from a mismatch between their gender identity or expression and their so-assigned gender.

Also, this term reportedly includes genderqueer people, i.e. those whose identities are not totally masculine or feminine. This one word is also said to be all inclusive of those referred to as transvestite or cross dressers or people who tend to wear clothes traditionally taken as those of the opposite genders.

This name, transgender, however, does not really signify the category of people categorized as drag kings or queens. These last mentioned people are those who wear makeup and clothing of the opposite genders for certain events or performances, basically for entertainment. Drag presentations, in most cases, are also inclusive of overall representation and even mannerisms and not just outward facades.

It is a name given to those whose binary gender identity is opposite to what they actually were born as.