﻿ Rashmi Malapur The Losses That Ache Heads Due To Floods In Chennai December 27, 2015 https://www.nakedtruth.in/wp-content/uploads/2015/12/Chennai-Rains-Photo-PTI.jpg 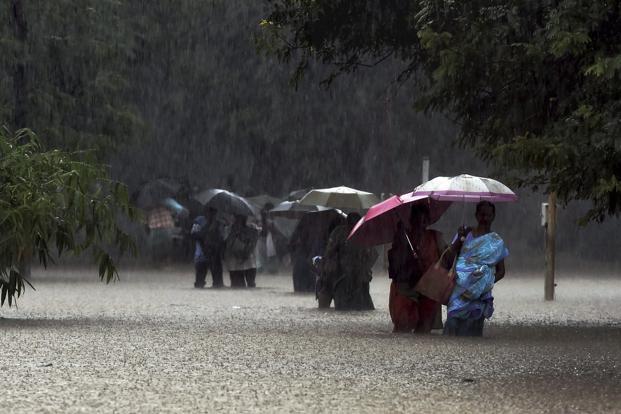 ‘We are all stranded at the station. Trains aren’t running. The tracks are submerged in water and I don’t know what time I will get home. Don’t worry, people around are carrying snacks and water. We will all manage like we do every year.’

Surekha was talking to her father informing her about the heavy rain which had her stranded like every year.

This is an every year affair in Mumbai. Now, let’s turn our attention to Chennai, rain has ravaged the city and Chennaites’ life is devastated.

The financial losses are immense but, how are they going to cope with the emotional losses that they face? People have lost their home, belongings and loved ones. How are they going to get their life back to normal? They will never get back all that they have lost. Who is responsible for this? Mother Nature, do you really think so?

Each city is bleeding, losing its essence and for the common people, combating these mountainous challenges is a part of their regular life.

Mumbai is a collection of seven islands and most of the constructions are built over marshy lands. Bandra Kurla Complex, the massive expanse of land where offices of one of the top most companies are placed, blocks the flow of Mithi river and this was the reason behind the destruction caused by the 26/7 deluge.

The wetlands in Mumbai are being destroyed and so are the mangroves. Public Interest Litigation was filed, but the administration has been oblivious for these issues. The city of Mumbai is sinking, rotting and bleeding.

Chennai floods too are a result of maladministration and haphazard unplanned development. Many of the constructions in Chennai are built on water bodies. IT and Knowledge corridor are built on waterbodies, Special Economic Zones and huge residential areas are constructed on drainage courses.

Everything is blocked by the unplanned constructions. This disaster was waiting to happen.

Chennai floods are a result of mismanagement of the city by vested interests, town planners, bureaucrats and politicians who care less for the people.

The slums on the banks of Adyar river in Chennai were totally destroyed due to its overflowing. Political parties have only promised to relocate the slums but, these have only been lame promises; schemes have been announced with no conclusive action.

As the people of the city battle these problems, they don’t have the power to challenge political parties and bureaucrats.

But, if we collectively decide to combat these challenges, the state of affairs will improve. We are so busy fighting the situation that we fail to even ponder for a moment that we can come together to have our issues resolved.

No battle is easy to fight but, if we don’t begin now the problems will be insurmountable. If we care for our city, it’s time that we come together and work to resolve such issues.

Every step counts before it gets too late, and nobody waits for the misery to occur. Choice and Voice are yours. Raise and relive it from the shadow of escape.

The Best Secret Of Modern World: A Serious Concern

How India Carried Out The Largest Air Evacuation In History