﻿ Neha Mohanty The Evolution Of Indian Cuisine From The Ancient Times December 22, 2015 https://www.nakedtruth.in/wp-content/uploads/2015/12/Food-Evolution.jpg 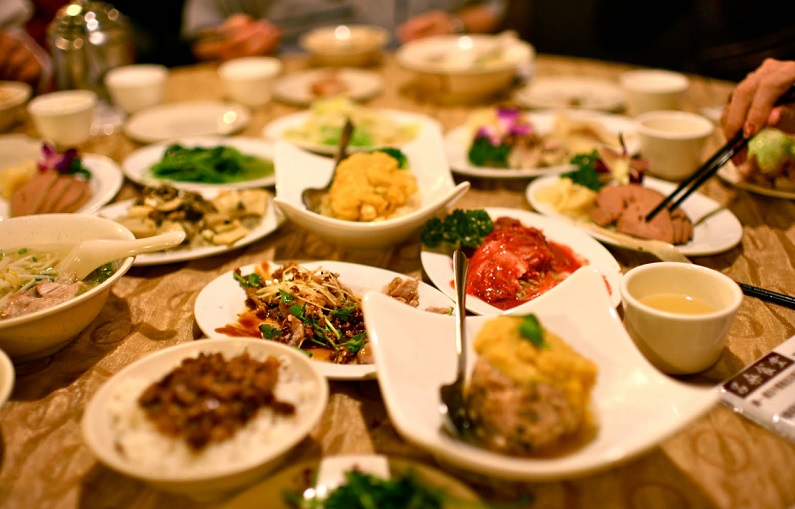 India is a melting pot of cuisine. Indian cuisine has a 5000-year-old history and has been influenced by various groups and cultures that had become a part of India. Foreign invasions, trade relations and colonialism have aided in bringing new elements to Indian cuisine. The integration of foreign elements to the traditional Indian cuisine over various centuries has made it diverse.

The Mauryans, the Guptas, the Turks, the Mughals, the Portuguese, the British have introduced elements that have been easily incorporated into the Indian cuisine owing to its versatility. The fusion of cultures and consequently food has made India a big melting pot and Indian cuisine continues to evolve.

The Turks who came to India in the 11th century were essentially barbarians. They came to India from the northwest and prior to their entry to India, they led a nomadic life. “They were not a refined fraternity.”

As a result of this, they possessed commendable survival skills but as far as cultural finesse is concerned, they were inept. Their cooking skills were rudimentary and their diet primarily involved meat and dairy products.

“Their culinary expertise was limited to roasted sheep and fermented ewe’s milk”.

With the advent of Muslim rule in India and Delhi being made the seat of power the Turks began to develop culturally and Delhi began evolving as a “city of culture”.

There are very few sources that provide us information about the social and cultural life of people during the Delhi Sultanate. The sources that tell us about food during the Sultanate period are listed below.

The rule of Turks commenced with the invasion of Mahmud of Ghazni. The Turkish rule remained in India for more than five centuries. The timeline of the Sultanate Period can be listed as follows:

A variety of cereals was grown and eaten in the Sultanate Period. Wheat was grown widely as it was the staple food. Wheat was either baked or fried. It was eaten along “with dal, meat and vegetable curries.”

Other cereals grown were peas, lintels, ‘mash’, lobhiya and sesame. Rice was also eaten by people. However, it was prepared differently. It was either cooked with molasses or with milk. This was how the concept of sweetened rice developed in India. Apart from these almost all kinds of pulses and millet were also grown.

As mentioned earlier, the diet of the Turks was predominantly non-vegetarian before they came to India. Hindus were mainly vegetarian. Many types of vegetables were grown and consumed in the sultanate period.

Pickles were also eaten. They were prepared from mangoes, chillies, ginger and lemon.

The Turks were primarily non-vegetarians. Their rule in India brought focus to non-vegetarian dishes. Sheep meat was eaten a lot by the Turks before they came to India. A variety of meat was consumed. The Turks preferred to eat beef and mutton. The types of meat prevalent in the dishes eaten in the Sultanate Period are listed as follows:

What did the Sultans and the nobles eat?

The diet of Qutubuddin Aibak, lltutmish and Raziya Sultan was heavily influenced by the Central Asian cuisine. They usually ate meat soup, dairy products, fresh fruits and local vegetables available in and around Delhi like spinach, pumpkin, brinjal. With time, the quality of food eaten by the aristocrats improved.

Apparently the royal table of Mohammad bin Tughlaq was festooned with 200 dishes at times. The royal kitchen fed 20,000 people every day. Like mentioned before Ibn Batuta has given us details of banquets in the court of Sultan Ghiyasuddin Tughlaq. The food consisted of “sharbats of rose water, barley drink, roasted meat, almond halwa, sambusak filled with meat and dry fruits, rice pulao with roasted chicken.”

Wine was prohibited by Islam. Even the Hindu Shastras discouraged the drinking of liquor.

However, the wine was drunk freely. It was a favorite of the nobles and the Sultans.

The Turks also introduced the drinking of Sharbat. Sharbat was usually rose flavoured. It was extremely popular during festive occasions and was distributed for free along with the free distribution of sweets.

The common spices used were:

Public bakeries became an extremely important part of social life and they replaced individual kitchens. In these public bakeries, almost every kind of cooked food and raw materials were available at nominal prices.

A number of dishes were innovated under the Turkish rule in India. Some of them are as follows:

“Vessels of gold and silver, and of Bidari alloy” were used to make dishes and cups for the aristocratic class. Copper and brass were used for making utensils for people in the lower rung of the economic ladder. Large ‘degs’ were used to make pilaf.

Though in the early years of the Sultanate period the cooking methods were rudimentary, new and better cooking techniques were adopted eventually. The Sultans and the nobles encouraged good food.

However, it was under the Mughals that the cuisine of North India reached its zenith. They brought sophistication to cuisine in India.

Facebook Didn’t Want You To See This But Now Lifted...

The Educated Voters Of The USA Support To Bomb The...