﻿ Ravleen Bali Why Is There Always A Split Between Developing And Developed Countries Over Climate Change? December 5, 2015 https://www.nakedtruth.in/wp-content/uploads/2015/12/Climate-Change.jpg 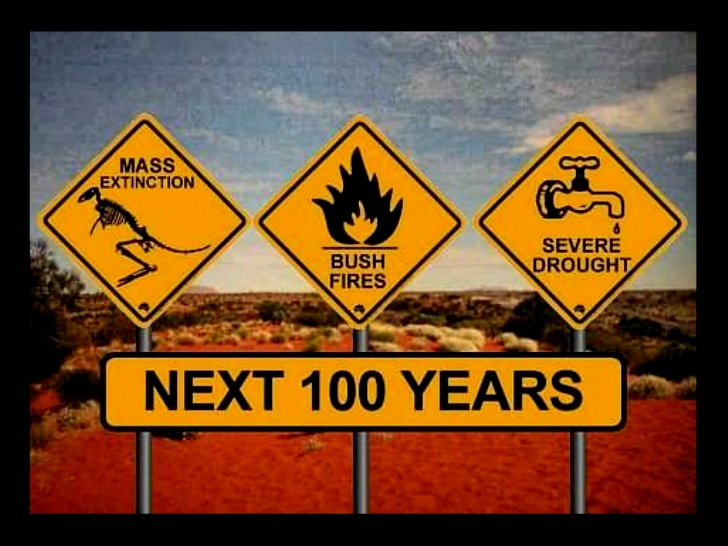 Why Is There Always A Split Between Developing And Developed Countries Over Climate Change?

“Every act of every man is a moral act, to be tested by moral, and not by economic criteria.”

The objective of 2015 conference is to achieve, for the first time in over 20 years of United Nation negotiation, a binding and universal agreement on climate, i.e. to reduce greenhouse gas emissions to limit the global warming increase to 2o degree celsius above pre-industrial levels.

What is this climate change?

Climate change is a change in the statistical distribution of weather patterns when that change lasts for an extended period of time (i.e. decades to millions of years).

Though the climate change is caused by number of factors such as variation in solar radiations received by earth, plate tectonics and volcanic eruptions, but human activities has also been identified as significant cause of the recent climate change, often referred to as ‘Global Warming’ which is as a result of increasing greenhouse gas levels in the atmosphere.

What does the world think of climate change?

Climate change is a complex and severe problem, which, although environmental in nature, has consequences for all spheres of existence on our planet. It either impacts on — or is impacted by — global issues, including poverty, economic development, population growth, sustainable development and resource management.

Global warming remains an issue of political debate, often split along the lines of developed and developing nations. In two decades of climate change negotiations, a deep divide has remained between developed rich countries and developing poor ones, blaming each other, and each side insisting the other move first to lower the carbon emission and curb the effects of global warming.

For years, developing countries have been trying to bridge the economic gap between themselves and the industrialized world. Bridging this gap means increasing production, trade, and above all, industrialization. The developing countries are still struggling to implement the global programs like the U.N. Millennium Development Goals, which aim to reduce poverty, disease and mortality. These countries have still 702.1 million people living in extreme poverty in 2015.

The developing world sees economic and industrial development as a natural right, leveraging the use of carbon dioxide emitting fossil fuels as one of the primary energy sources to fuel their development.

At the same time, the scientific consensus on climate change and the existing global governance bodies like the United Nations are urging all poor countries to decrease their carbon dioxide emissions. Developing poor countries logically resist this lobbying to decrease their use of fossil fuels, pleading that the CO2 emissions of all the countries put together are still less than 30 percent, as compared to 70 percent of only top seven polluting countries of the world.

The developing countries believe the politics of global warming is complex and climate science has been highly politicized.

Although there is consensus on the science of global warming and its effects, it is believed that the United States is using the climate change policy as a tool to control the economies of the developing countries.

Having failed in its promises, made right before the 2009 Copenhagen Climate Conference, to reduce carbon emission to 17 per cent below 2005 levels by 2020, 42 percent by 2030 and 83 percent by 2050, the United States of America as largest producer of pollution, has not even ratified the ‘Kyoto Protocol’ which requires industrialized countries to reduce, by 2020, their greenhouse gas emissions by 18 per cent below 1990 levels.

If the U.S. Government has done little by itself to confront the imminent dangers of climate change, why is it aggressively pushing the case for non-use of fossil fuels by developing countries and insists for the use of non-conventional and renewable sources of energy in emerging developing markets?

How are the poor impacted by the ‘climate change’ policy?

CO2 limits will transform the state of poor to poorer as legally mandated measures for reducing greenhouse gas emission are likely to have significant adverse impact on GDP growth of developing countries.

The world in which all human beings are equal, rational, and perfectly governed, when confronted with the prospect of global warming, should reach an optimal decision based on the principle of ‘Zero Carbon – Zero Poverty’.

That ideal world would then find effective international agreements to restrict greenhouse gas emissions without any discrimination of rich and poor and avoid harmful climate change on ‘Mother Earth – Our Only Home’.

And How Much I Hate My Sister Outcry At The...

What A Time To Be Alive: The Incredible Leaps Of...