﻿ Ravleen Bali International Day Of People With Disabilities: The Undying Inspirations Prove That No One Is Less December 3, 2015 https://www.nakedtruth.in/wp-content/uploads/2015/12/Disabled1.jpg 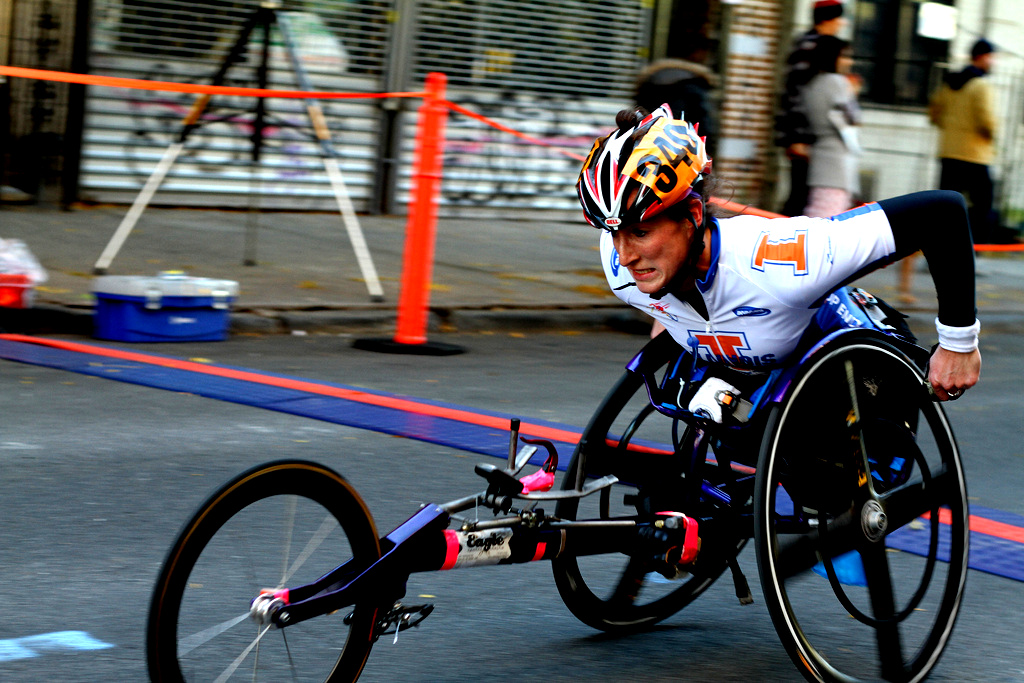 International Day Of People With Disabilities: The Undying Inspirations Prove That No One Is Less

International Day of People with Disability on December 3, each year is an international observance promoted by the United Nations since 1992.

The day aims to promote an understanding of people with disability and encourage support for their dignity, rights and well-being.

Around 15% of the world’s population, or one billion people, live with disabilities. People are often unaware of the great number of persons living with disabilities around the world and the challenges they face.

Many famous personalities, who were either born with the disability or they met with tragic incidents, have made a place for themselves in the world.

Their never-say-die attitude has served as an undying inspiration and motivation for those who have to battle with disabilities. Many of them are legendary actors, spots-persons, politicians, musicians, athletes, artists and writers. They have chosen a challenging public life with dignity, by defying all odds and turning the spotlight on themselves.

It is the desire of every person in this world to perform some extraordinary task. People try their best to do the best thing or act during their life. It is normally said that it is a great achievement for any man to perform extraordinary acts, but this thing becomes of more importance when this is done in the presence of a major disability.

There are different people in the history of mankind who performed extraordinary tasks despite major disabilities. When someone with a disability is able to overcome all the hardships of life then it becomes a legend and golden history. It takes a lot of strength and a complete no-fear attitude to go as far as these highly successful people with disabilities have.

Here are few people from the history who performed extraordinary tasks despite major disabilities.

Disability: Suffers from rare motor neuron disease and speaks with the help of a voice synthesizer. When he was 21 years old, the doctors declared that he would not survive more than 2 or 3 years. He was born on January 8, 1942, and was diagnosed with Amyotrophic Lateral Sclerosis (ALS), also known as Lou Gehrig’s disease. In 2009, he lost his control over different parts of the body including arms, legs and voice and at the end of 2009, he totally became paralyzed.

Achievement: One of the most brilliant scientists alive, wheelchair-bound British theoretical physicist Stephen Hawking, attended Oxford University in England, as an undergraduate student. He received his Ph.D. in 1966 from Cambridge University. By the time he was 35 years old, Hawking was Cambridge’s first Gravitational Physics professor and received the Lucasian Professor of Mathematics award. Stephen Hawking has also published a book called A Brief History of Time: From the Big Bang to Black Holes.

Achievement: Author, political activist and lecturer Helen Keller devoted her life to persons with disabilities, thus becoming an inspiration to many disabled persons. A prolific author, Keller travelled to at least 39 countries. She campaigned for women’s suffrage, workers’ rights, socialism and many other social causes. She passed away on June 1, 1968.

Disability: Born on March 14, 1879, and had a learning disability and did not speak until age 3. He had a very difficult time doing maths in school. It was also very hard for him to express himself through writing. He was severely dyslexic and autistic.

Achievement: The great Albert Einstein fought his disability and entered into the world of theoretical physics where he changed the face of physics and science forever. His theory of relativity is said to be the most revolutionary theory of physics. He won a Nobel Prize for his photoelectric effect theory in 1921. He passed away on April 18, 1955.

Achievement: The Hollywood heartthrob star, who was severely dyslexic, has been nominated for 3 Academy Awards and has won 3 Golden Globe Awards. He started his career at age 19 and is an immensely popular star along with the list of successful movies.

The Legacy Of Ibn Al Haytham Marked The International Year...

Divided We Stand, United We Fall