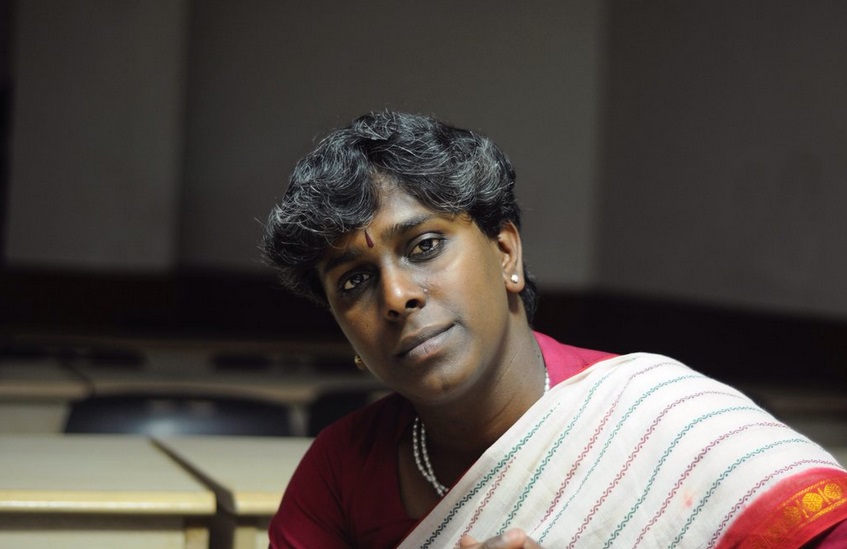 Akkai Padmashali – A Transgender Pioneer Gets The Recognition From Karnataka Government

What is so special about this year’s Karnataka Rajyotsava Awards, which is the second highest civilian award in Karnataka?

In a revolution of its kind, the Karnataka government has decided to award a transgender pioneer for the first time, Akkai Padmashali who has tirelessly fought for the rights of the transgender community.

The fight is a long one filled with scorn, hatred, and objection from the people who don’t recognize the rights of a marginalized transgender community.

Why does one have to go against his or her sexuality and feel trapped in his or her own body? Why can’t we openly express our sexuality?

Akkai Padmashali born as Jagdish had a dilemma at the age of 12, when she realized she was feeling trapped in the body of a man. Her parents were worried about her liking to dress like a girl. Like most parents they panicked, took her to doctors and healers. Often, people who challenge the status-quo have to face the ire from the society.

Isn’t it gruesome and depressing when at a young age you’re not understood? But, how can you expect anyone to understand when awareness about these issues is minimal. Completely confused Akkai tried to take her life twice.

The freedom of self-expression should not be snatched from any individual if we call ourselves a democratic country.

Akkai Padmashali decided to assert herself and walk on a path that only the bold and determined dares to. After four years, she disclosed to her brother that she wanted to be a girl. Akkai got support from her brother who tried to convince his parents, but they wouldn’t believe it at all.

So now what Akkai could have done in such a situation? She had to rebel; she opened up her story to eunuchs in a park at Bangalore. They clearly told her to refrain from living as a girl, as it would lead her to either begging or sex work. This is pretty harsh to accept at such a young age.

How many of us are so determined to live the kind of life we want to? We get bogged down by societal pressure and we crave for societal acceptance. But, Akkai’s determination surpassed all challenges and hurdles. But, sadly Akkai started offering herself to men in the park and for four years she did the prostitution.

These four years proved to be formative to her life and it made her realize she is not alone. She decided to work for the welfare of LGBT community and joined an NGO called Sangama. Akkai understood that the rights of sexual minorities and their problems should be conveyed to the judiciary.

She was, then, invited by the President of India for the swearing in ceremony of the Chief Justice of India; certainly a moment of pride for Akkai and everyone from the LGBT community. She was also invited to speak about legal rights of sexual minorities at the International Bar Association at a conference in Tokyo in 2014.

Akkai has been approaching and spreading awareness to encourage people who suffer from identity crisis, to come out of the closet. Akkai is fighting to change society’s perspective towards sexual minorities. Akkai has founded ‘Ondede’ an organization that creates awareness about sexual diversity so that people should openly accept their sexual orientation.

But, the struggle doesn’t end here, as she shares that being a transgender is a tough choice to make. People mock and discriminate against you. They don’t have access to public toilets and public spaces.

Revolution is simply not simple but, it’s all worth it.

The Legacy Of Ibn Al Haytham Marked The International Year...