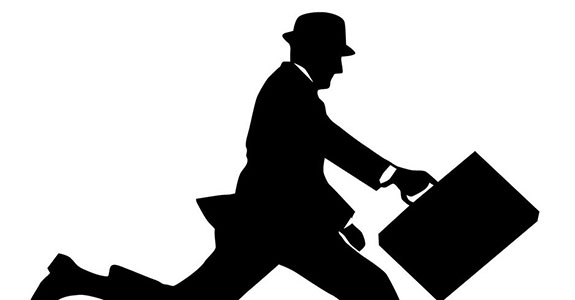 On Time Or Fashionably Late?

“Fashionably Late.” – The term I have started to hate!

There are two kinds of people in this world. First one are the people living in this world, who tend to follow regular norms like if they are asked to reach at a place at 10:00 am, they will be there at 10:00 sharp, but then there are people who follow Indian Timing. Now if you are wondering what is Indian Timing then you definitely come in the first category. But if you are smiling after reading this, then you qualify to be in the latter category.

My entire life, I have always been freakishly on time. If you tell me to be somewhere at 6 p.m., I will be there at 5:59. I’m always that awkward first person at a party and if I am not, it’s because I circled around the block a few times to avoid looking too. But I can’t help it. If someone gives me a time, I will respect it and I will be there when I need to be there. However, not everyone has this mentality.

Chronically late people seem to function in their own fictional world where apparently time just doesn’t exist. In this world, “come at 6 p.m.” means “show up at 8:30 p.m.”, and “arrive 15 minutes early” means “stroll in 10 minutes late.” These people have no sense of urgency; they just show up when they want to show up, with no apologies, no excuses, nothing.

I don’t mind people who are a few minutes late every now and then. There could have been traffic, you could have had a wardrobe malfunction, your mom could have called and talked your ear off for 30 minutes, I get it. But what I don’t get is when people are always, without a doubt, absurdly late … to everything.

It’s almost as if they enjoy being late and pissing people off. Like everyone is sitting around waiting for them to show up and then they’ll just stroll in 15 minutes late flaunting their fresh drink from Starbucks. Oh, OK, you’re late because you prioritized Pumpkin Spice Lattes over being a respectable, punctual person? I don’t think so. Your schedule is not the only one that matters.

Also, fashionably late should not be a thing, ever. If you’re a person who likes to arrive “fashionably late,” you need to stop. There will not be a line of people anticipating your arrival and growing anxious for you to show up. People will not be bursting with excitement when you finally walk through the door and grace us with your presence. In fact, everyone is just thinking, Who the hell who does this person think she is? She probably took so long because she was trying to find the perfect outfit, and she doesn’t even look that cute.

Because I am always so on time, I panic when other people are late. It gives me anxiety. If I tell someone to meet me somewhere at a certain time and they don’t show up, obviously I am going to assume that something wrong has happened. That is, until, they show up 30 minutes later and tell me they just had to watch the last 15 minutes of  F.R.I.E.N.D.S.

Eventually, if you prove yourself to be someone who is always late, I’ll refuse to care if you even show up at all. If I decide to have people over to hang out and I tell them to come at 7 p.m., I’m not going to waste my time worrying about the person who shows up at 11:30. By 11:30, the fun has happened, I’m already in my pyjamas, and the bowls of chips and salsa that I bought for everyone in the spirit of being a host are already in my stomach.

So they can show up whenever the heck they want because I am sick of stressing out over people who are too self- absorbed to honor other people’s schedules. While they were selfishly avoiding being on time, the fun was happening without them. No chips for them!

In all aspects of life, being punctual is a very important quality. Being late to work, school, meetings, and, well, everything else just doesn’t cut it. If you are always late, chances are everyone is incredibly annoyed from you.

So, if you don’t want to end up unemployed and friendless (and without any chips and salsa), do yourself and everyone else around you a favor, and learn how to tell time and stop being so late!

What The Reader Eyes Look For: Pret Words And A...