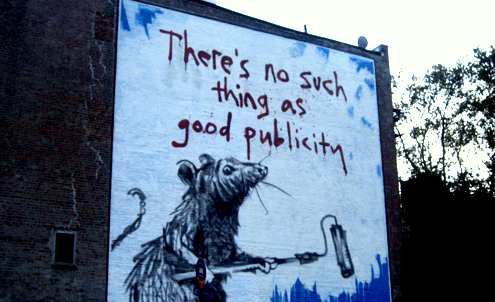 The Controversy Factor – Hype Vs Truth

Long gone are the days when proper content and wise appearances to the public made an actor a ‘star’.

Long gone are the days when newspapers would print real news and things that actually matter.

Long gone are the days when entertainment wasn’t synonymous to ‘vulgarity’, ‘profanity’ and ‘women objectification.’

We live in a society which loves masala in everything – from food to entertainment. And this can be very well justified by the kind of movies that we love watching – the kind of movies that blow the box office in the first two days. Let me give you an example of HOW – A movie like Masaan did amazing all around the world, but in its own country, it somehow surrendered to the forces of Bajrangi Bhaijaan and others of the kind. And I feel it’s completely okay. Every society has its tastes and preferences, and Bollywood caters to the masses. After all, it’s business – They’ll supply what’s in demand. And if the consumers want drama & gossip, that’s what the filmmakers provide.

However, the line has been finally crossed.

These days, it’s not just the movies that have masala and drama in it. The entire process of promotions has been hyped in such a massive manner that the PR and Celeb management agencies forget the lines of consciousness. Over the period of 1-2 months prior to the movie release, the actors are seen all over the place – from mall promotions to wacky ‘comedy’ shows to reality shows to well planned CONTROVERSIES.

Controversies have become a vital element for the visibility of an actor in the recent past, but certainly not in the right way. A few weeks before the release of a movie starring Shehnaz Treasurywala, she writes an ”Open Letter’ to the influencers of the country, asking them to ‘protect women’. The same Shehnaz Treasurywala who was nowhere in the news in the past few years. PR stunt? Who knows. Everyone spoke about her, everyone went gaga. She got the right publicity, the movie got its promotion done – subtle, indeed. A month before Piku’s release, Deepika Padukone comes out and talks about her depression. That’s not something that was false or wrong, but the timing? Questionable. A few week’s before Quantico’s teaser came out, Priyanka Chopra told the media that she was subjected to ‘racism’ in her school life. Another stint? Maybe yes, maybe no.

Every day, in the entertainment supplement of the leading newspapers, you’ll see features that have no real content. From what the actor wore, to what the actor is scared of – the article would consist of every minute detail, relevant or not. The ‘gossip’ factor of Bollywood has been dominating over ‘real content’ since a long time now, and the grasp is simply increasing.

Due to the increase of these controversies and publicity stunts, the audience is confused about the credibility of the shows. Any movie or show is sensationalized to such an extent these days that it loses its entire essence. But does it do good in terms of TRP and Box Office Ratings? Yes.

The audience knows what’s real and what’s not but still falls into the trap. And that’s exactly the charm of Bollywood. Good or not, we still talk about it, and we always will.

This article has been written by Sulagna Chatterjee.

Living Life In Your Own Way. Be That Girl!