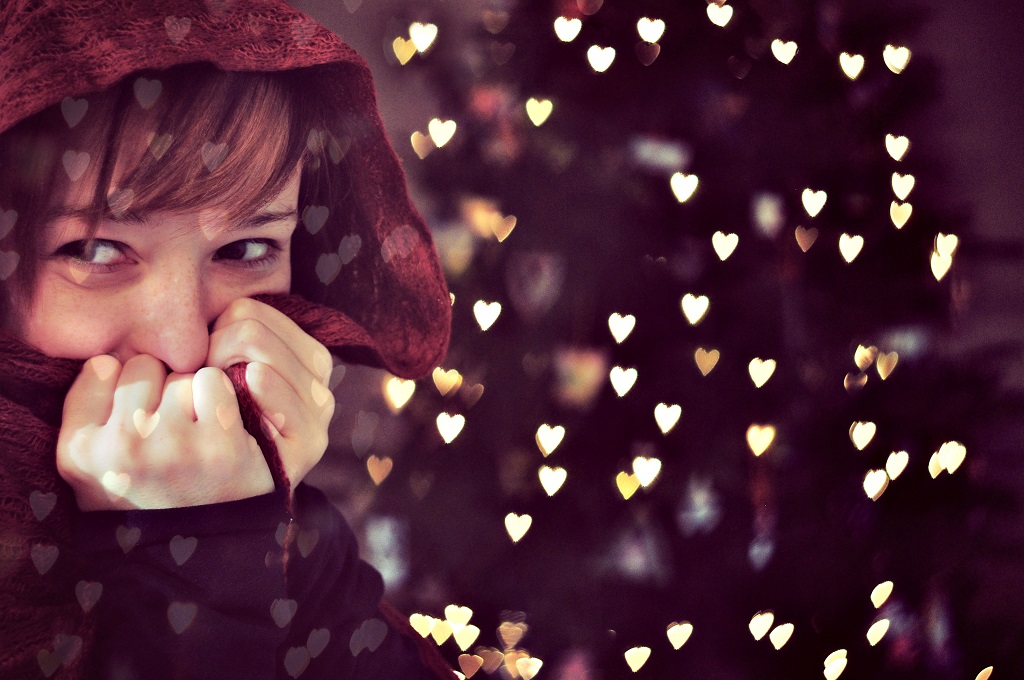 The tube-lit moon –
the sheen that was fluorescent,
hiding behind the deck
of an artificial ship.
The road that was crowded
and the sky that was vast,
exactly there was it,
hanging loose
and ever-waiting –
that blushing, tube-lit moon.

The evenings were mundane. Raashi had comfortably settled in her job. The people were nice, back home, everything was in order, the friends were always supportive and life was as normal as it could have been. The only distress she carried was that Shrey had left the town, to pursue further studies. Of course, it was a good decision, except for the fact that they were not together any more.

She had cried buckets when he had announced his departure from their relationship, and could not share his ecstasy of getting selected at a renowned college for his masters. She was too consumed in her own loss. They kept meeting even after calling it off, Raashi with a hope of bringing her smiles back and Shrey for making up for the unfulfilled commitment.

One such evening, when she was returning from office, the cab mates were unusually quiet. Raashi was engrossed in her own thoughts, looking into the darkness of the road. She suddenly transported herself to her birthday that year. It was a warm day in February, which wasn’t the usual weather at that time of the year. She was dressed in a pastel new kurti, all excited to meet Shrey for the movie. They hadn’t planned anything else for the day. Her office mates had planned a birthday treat for her, she had no choice but to deny them and postpone it. She caught the metro hurriedly, otherwise she would miss the first show, plus they had to buy the tickets, also she didn’t want Shrey keep waiting; so many things on her mind!

Just as she had reached half the way did she realize that they hadn’t spoken to each other since morning. She called him. He did not take it.

So, she called him again. He did not pick it up again.

Raashi was easy and thought of waiting for his phone call. Last night he had seemed to be irritated when she called him back very late after attending numerous phone calls at the mid-night. But they had very clearly planned to see each other today.

Shrey called her, in his usual indifferent voice, which was drowsy today, he said, “What! You have reached? Why didn’t you call me while leaving, I have just got up!” Raashi was in tears and said “Come soon, I am waiting.” She felt terrible. How could Shrey be late for a planned movie on her birthday!? Raashi kept waiting for him. Disapproval written all over her face, she forced herself to smile when Shrey came with his casual gait. He was shamelessly happy and didn’t carry a sorry face for what he had done. He proposed to have coffee at the Outer circle. Raashi followed with slow steps and entered the most mundane Café Coffee Day and sat there for a quick breakfast and the feeling of running back to her home.

Just while she was sipping her coffee apathetically and looking around to avoid speaking to him, Shrey pulled out a diary from his bag. “This is what got me late today”, he said with his lopsided smile. Raashi checked it out with indifference and said “Ok, no problem!” Shrey was amused, he asked her to at least open it! She did, and to her surprise, the diary was full of pictures and memoirs of the both of them together. Little unregistered moments, those spent at Chandni Chowk, Lodhi Gardens, and the one specifically at Jama masjid. The diary even had a picture of a glass they had held at the Indian Coffee House. She always knew that Shrey was a man of sweet nothings, however impervious he seemed on the exterior, he was one of the sweetest people in her life. She read each and every line written, quietly remarking “You have a dreadful handwriting” but in her heart, she was elated. No longer would she complain of not receiving a love letter! All his sins were pardoned that moment. Raashi was now looking forward to her birthday.

They made a surprising choice of visiting Feroze Shah Kotla fort that afternoon. It was a Thursday, and Shrey knew about the djinns worshipped there. The choice was as weird as him, but Raashi was fine with anything as long as Shrey was walking along. They visited that secluded remains of the fort, besides which once flew Yamuna River. This place has numerous ruins of palace rooms, mosques, mysteries and peculiarities. The baoli steps, seclusion and quiet are the highlights, also the metal pillar, whose significance Raashi forgot to note. She was happy to spend the quiet afternoon sitting with Shrey, hardly did they talk but held each other’s hand throughout, nervously.

Catching an auto to Hauz Khas village was Raashi’s idea; she thought a sumptuous meal should conclude the day. Shrey kept looking at her in the mirror of that three-wheeler, Raashi kept smiling timidly. The day was going unexpectedly well. During lunch, he mysteriously turned cold and ate food without any interest. Raashi was used to his unexpected shifts in mood, and secretly hated it. But she did not want to spoil her day. Only Rashi could see through, deep down that erratic behavior, somewhere lurked the age of innocence and care, that too an honest one. Heart has its own reasons, that the logic won’t ever know.

They came back to Connaught Place, drank tea in an unknown corner of the sprawling market. She rode in her train and he went back after a long and warm hug. With all the uncertainties and unfulfilled plans, the day was amazing. Raashi knew her life with Shrey would never be a constant, it will have many ups and downs, he challenged her and her ideas, he was indifferent to her demands and did things according to his mood, but she knew he cares, deeply and would do anything for her. She felt the luckiest to have someone like Shrey in her life.

Just as she opened her eyes, she noticed the long road to her home, the reckless motion of the cab disturbed her thoughts. It was dark already and the street lights were shining bright, so was the blushing moon from behind those buildings. Raashi thought to herself, the bubble that Shrey had created, where she felt warm and wanted, contended and happy was pricked. He was long gone. His memories were fresh in her mind. He had proposed marriage to her and unabashedly went away without the acknowledgement. Raashi was trying to forgive him, but his memories were too strong to let go.

Yet another day had passed, while she was still holding hands.

How The Greek Crisis Affects India And You

Spirituality And Me: Revamp The Divine Love