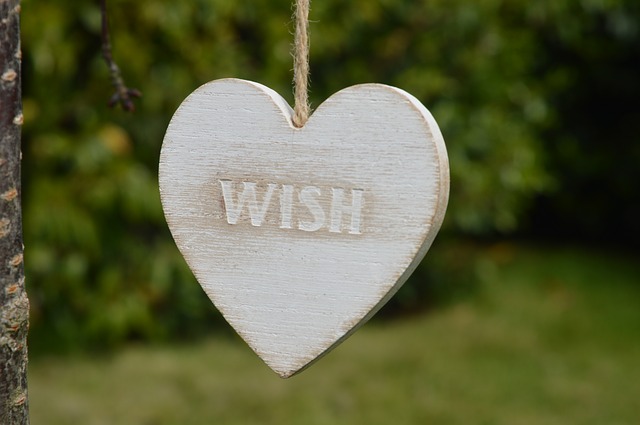 So He Had A Wishlist, And She Had Her Dreams

Long way down the memory lane
Stuck in the corner of my mind
Lies the reminiscence
Of a walk,
Walk down the riverside.

The river snarled along,
The riverbank we walked by.
The river which whispered
The sweetest lies of all times.
It is where I had dreamt, and you dared.

The month of October is a dubious weather here in Delhi. The warmth of the previous season withers, leaves fall off the trees so reluctantly, winds are hesitant to blow and the winters are skeptical to set in. Yes, that is exactly how October of 2011 was. Raashi didn’t know what was in store for her. Her post-graduation was about to get completed in a few months, and she was already placed at a firm.

Shrey was already working and was aware of the tricks and traps of the corporate. He always asked Raashi to never loose herself and be hard-skinned as she starts off at work. He always knew that she was vulnerable to the comments and judgments of any and everyone around her. He was happy for Raashi had found a job for herself and will start working soon, but he knew that she will be a delicate kid in that world. He had always encouraged her to do better, listened to her placement woes and interview grills. That was in the past anyway, now she was about to start afresh.

Shrey asked her to take him for a lavish lunch. She hadn’t started earning as yet, but with her pocket money savings she could manage a decent treat. She agreed with him. Shrey invited her to the SDA market, that little hub of restaurants and shops opposite the IIT gate. Raashi was a complete novice when it came to the roads of South Delhi. Shrey always knew her inhibitions; he had told her that he would pick her up from the Green Park Metro station. And he did, in an autorickshaw!

The cooler morning had turned into a hot afternoon. They talked all the way to the restaurant, what was the name, Oh! She didn’t register. She was too consumed in his company. He ordered some alcohol for himself, and she was happy with that fruit beer. The food was good, and so was the ambience. Strangely, the place was frequented by a lot of foreigners. It felt elite to sit in such a set-up, after all, it was her first.

Time always flew away with Shrey. Meal was done with, and they wondered what to do next. Shrey said, let us walk somewhere. Raashi never objected; she had always loved the idea of walking. They had found another auto rickshaw to Lodhi Gardens. Exactly that place which her mum had always warned about, and had asked to never go to. Why? She had always wondered. Why not explore the place in security of Shrey, she had thought to herself. The sun was descending when they entered the park.

To her amazement, she found it to be one of the best gardens she had ever seen. Why did her mother say so? She thought. The lush greens, old tombs and a little lake made it so beautiful. The fallen leaves have a different fragrance at that time of the year. She smelt it, absorbed it and kept walking with Shrey. They came in and out of the tombs, those little-big monuments in the Lodhi gardens, reading about the significance of each one of them, discussing the little chunks of history about the city both of them were born to.

We could imagine sunrise,
From behind the murky lands,
Lands far away from that riverbank.
We didn’t witness a dawn, but that sunset,
Lost in your memory, is still as orange in my mind.

The riverside gushing with the laughter
The riverbed washed with anguish –
Of the dusk.
Our heart set afloat,
We had become you and I.

While walking, they had crossed the bada gumbad, sheesh gumbad and the mosque before crossing over that lake. To their surprise, they had entered in one of the most beautiful structures of the park, Sikander Lodhi’s tomb. It was a walled structure. Despite of many people around, this corner was serene and quiet. Shrey seemed tired with the walking. They decided to sit for a while. She pulled out a book and he a pen and paper. After ten lone minutes in the company of each other, Shrey interrupted and asked Raashi if she had a wish list. She said she never had given it a real thought and penned down her wishes. He said he has one and wants to chart it out. She smiled and said great! Go ahead. He turned around started scribbling something on that paper. She asked him to show it to her but he didn’t, he kept writing, hiding it under his hands. And Raashi, she continued reading.

After another ten long minutes Shrey turned around with that piece of paper, grinning at her. She smiled at him and asked him to show the wish list. He did. The list read:

She glowed after reading it, illuminated from the inside. Walking through the bylanes of Jor Bagh to reach the metro station in the dim street lights was like floating in another world. Shrey and Raashi had exchanged a beautiful feeling without articulating it.

Both of them knew, where the wish lists are written!

Down by the riverside today
The stones and the breeze cry at bay –
“Yesterday is gone forever,
Come by my side,
Swim with the current and float away.”

Are You A Happy Human?

Elon Musk: An Entrepreneur Levelling-Up The World With Technology And...