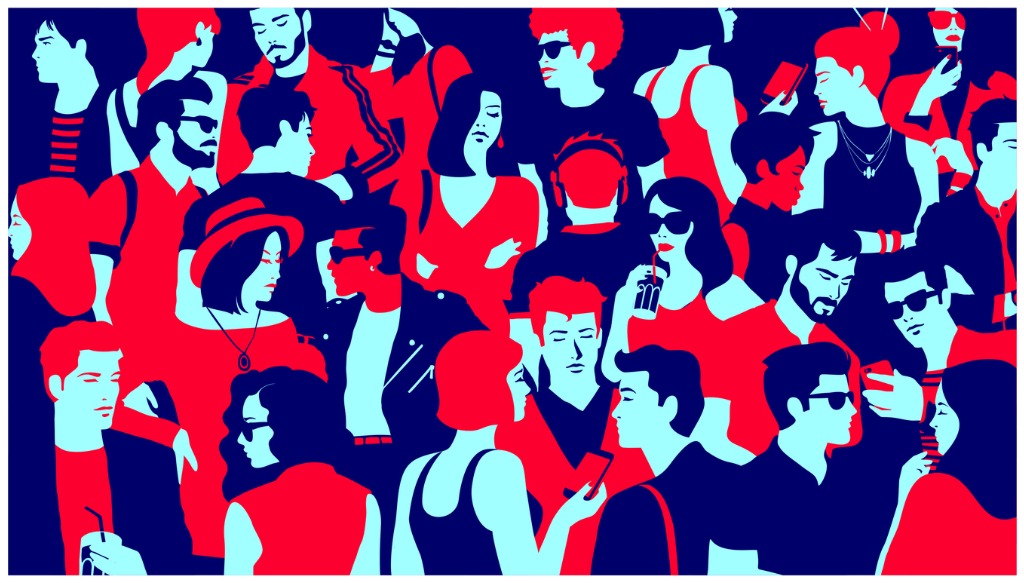 The Fascinating Lives of Hungry Onlookers

In 2007, acclaimed Indian director Buddhadev Dasgupta made a Bengali-language film titled Ami Yasin Ar Aamar Madhubala. It’s a black comedy based on the theme of surveillance, where two CCTV salesmen, lusting for the girl next door, decide to install a hidden camera in her room, and how it backfires spectacularly when both of them are suspected of being involved in an act of terrorism in Kolkata city. Perhaps the film’s biggest strength is to show us how people looking for scandal can unwittingly—and dangerously—become the scandal themselves.

I was reminded of this film a few days ago when Netflix decided to release all episodes of their newest non-fiction show, The Fabulous Lives of Bollywood Wives. The titular wives—Neelam Kothari, Bhavna Pandey, Maheep Kapoor and Seema Khan—spend all eight episodes flitting around in their swish circle of friends; shuttling between debutant balls, impromptu dinners with producers, and gym sessions, even as they fret and fuss about the well-being of their families. Critics and people on social media were quick to lambast the series, lamenting how far the standard of Netflix’s shows in India has fallen, and heaping scorn on Karan Johar, people’s favourite target this year, for producing this show.

As a show, Fabulous Lives is not covering any new ground, as the Bollywood Wives are apparently only following in the footsteps of other celebrities such as the Kardashians and the Jonases. It’s showing a side of society which lots of people like me are unfamiliar with. Also, in a year where everyone has been railing against nepotism and cliques in the Hindi film industry, it doesn’t seem like the brightest idea in the world to beam a show whose entire ethos is an overt celebration of the same.

So, why did Netflix make it? As Bob Dylan sang once, the answer is blowin’ in the wind.

The question that should be asked here is: why does a show that talks about the superfluous exploits of a minority fascinate and trigger us at the same time? Judging by the conversations that this show has unleashed on social media, any layman would wonder why Netflix chose to commission it in the first place. The simple answer is this: there is an audience for it. It’s us.

The main reason why Fabulous Lives appeals to us is not just because it’s a show—it’s an aspiration, and a reminder of where we want to be in life. However much we mock Kothari’s insecurities about getting back to acting, or Kapoor’s admonishment of her husband’s comical French pronunciations, or even their carefully-enunciated Hinglish, the fact remains that we’re the ones who are actually green with envy. This spills over into our reception to the show. We want to get lost in its shiny world, where people fuss about their dresses and don’t have to worry much about where their next meal will come from.

At the same time, unfortunately, we are also caught in a real-life vortex perpetuated by the society we live in. From our childhood, we are exposed to a world which is inherently materialistic in nature. As we grow up, we face the constantly-growing burden of expectations hoisted on our shoulders by everyone around us.

We get stuck in a vicious cycle—our families want us to earn money, while our society looks down upon the creation of wealth as a vice. If you earn little or no money, people automatically brand you as good-for-nothing; if you earn a lot, relatives and strangers start wondering how you managed to earn so much. This is also the downside of becoming too candid on social media—people start judging and questioning your lifestyle based on which bar you were having a drink at, or which mall forms the backdrop to your airbrush, heavily-filtered, Instagram-worthy selfie.

Our behaviour on social media, irrespective of whether we earn money or not, betrays our innermost desires. Upward social mobility is a desire shared by every section of society. Yet, we live our lives in fear of being judged for our choices.

So, when a show like Fabulous Wives comes up, and we see people, who belong to a different milieu from the rest of us, talk about their insecurities and their problems, we can’t look away, however much we try to. We aspire to that life. However subconscious it may seem, we too judge them by the same yardsticks we are judged by society. The thought that a person, sitting in their own home, can show off their wealth and social status and be unapologetic about it, is something that is incomprehensible to our middle-class selves. Ergo, we start outraging.

We are the show’s intended audience. Irrespective of whatever ideological position we hold in life, it is for us. Now, it is not necessary that some of us have to watch it, but there is a large section of society which derives pleasure from watching such a show. The main reason why shows like Indian Matchmaking, and even Bigg Boss, do well is that they celebrate what we all love at our core—gossip. And the content and marketing teams know their game better than all of us.

The beauty of the Indian OTT space right now is its diversity. You will find all sorts of content—proper and improper—in various languages, streaming on a screen near you. Each piece of content, whether it is a show or a movie, has its own audience. It is not necessary that my taste has to match that of someone else. People seem to conveniently forget at times that our society isn’t a monolith. We have people with different tastes in the arts. I might not find The Fabulous Lives of Bollywood Wives relatable at all, but there can be people who find it aspirational.

When Dharmatic Entertainment, the show’s producers, decided to pitch this show to its protagonists, they must have known all too well what they were signing up for. The show’s producers and Netflix must have known they had a concept which might court controversy and be lambasted on social media, but they must have also been betting on that it would grab eyeballs. They have been proved right.

For any media broadcaster, any publicity is good publicity. Last week, the OTT platform HBO Max went from struggling rival to swashbuckling challenger with the news that Warner Bros’ entire 2021 lineup of movies would premiere on it. Even this week, Twitter was abuzz with how Anurag Kashyap and Anil Kapoor were calling each other names…only for Netflix to reveal it as a marketing ploy for their forthcoming film. Netflix has arguably mastered the art of marketing infamy.

Gossip serves as a distraction to take us away from our real-life problems, if only for a little while. We all follow controversy rather tirelessly. The death of an actor this year, for instance, made us forget for some time we were living during a pandemic. We also love taking a keen interest in the personal lives of others so much so that we would love to take a charge of their personal choices. Yet, our hypocrisy as a society lies in how we always scramble to protect our privacy when the same thing happens to us.

We hate it when our neighbours want to pry in on our daily habits, or when strangers start insinuating things about us behind our back. I may not be the intended audience for the Bollywood Wives, but there’s a huge community who cannot stop talking about the show. Imagine giving assent to your private lives being broadcast to audiences in 190 countries—that’s scary and admirable on many levels.

Here’s the thing. If you’re interested in watching the show, you will watch it. If you’re curious about what Neelam Kothari and her coterie of friends do nowadays, you will watch it. If you want to watch it for the purposes of trolling everyone involved in the show on social media, it will still count as watching the show. And whatever your purpose may be, the producers are just doing the job they have been assigned for.

Their metrics and algorithms aren’t yet developed enough to decipher your cognitive processes when you’re not using technology. But the moment you hit “Play” and watch at least two minutes of the show—either out of love, admiration, hatred or any other emotion you can think of—they consider you’ve watched the whole thing.

Personally speaking, there are a few good moments in the show, which are overwhelmed—or drowned—by all the gossip that would make you cringe. But it’s my opinion.

Perhaps the image of Maheep Kapoor spying on her neighbours using binoculars is Netflix’s way of turning the lens on us. We’re the people who derive pleasure from witnessing the messy and sordid lives of others play out—until it happens to us. The buzz generated by Bollywood Wives only reinforces this fact.

Buddha babu was right. We have become hungry onlookers.