﻿ Rony Patra In a post-truth world, what is real anymore? July 29, 2020 https://www.nakedtruth.in/wp-content/uploads/2020/07/In-a-post-truth-world-what-is-real-anymore.jpg 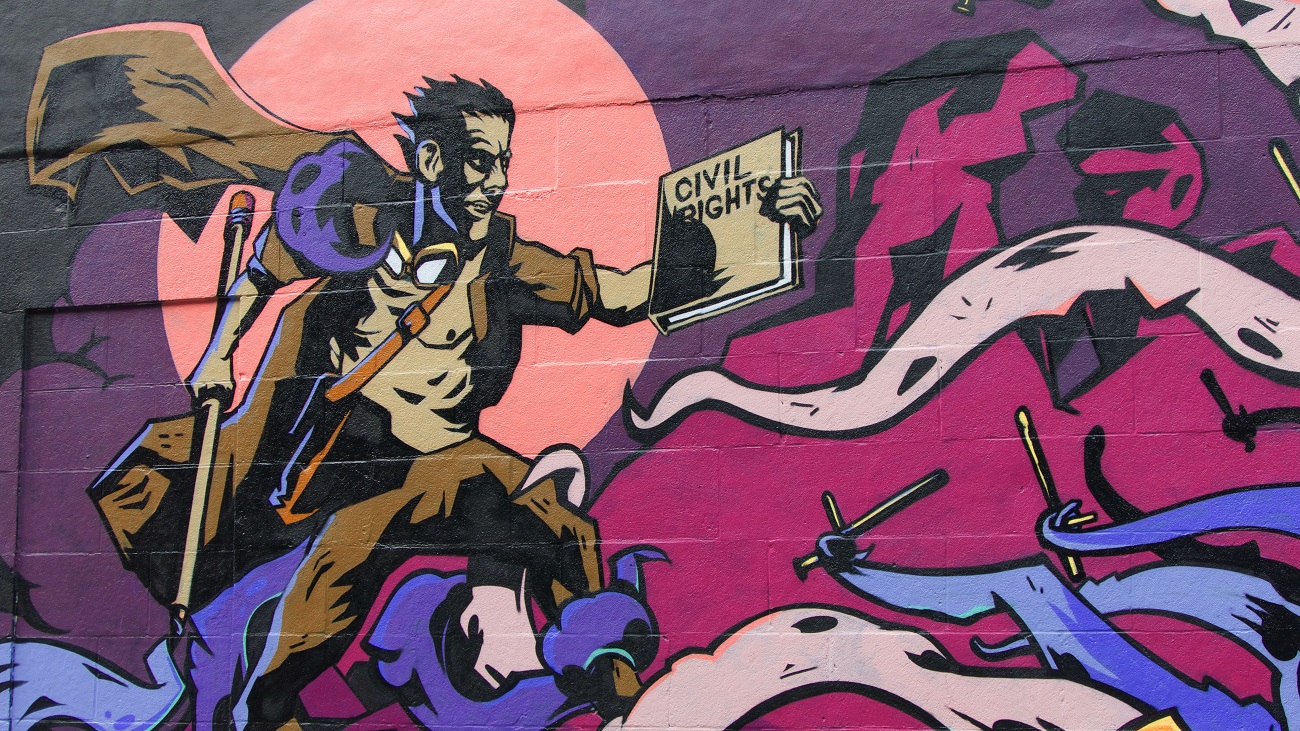 In a post-truth world, what is real anymore?

In the late 1800s, there were a number of newspapers in England, also known as the Penny Dreadfuls, who made their reputation—and business model—out of reporting gruesome and horrific murders. Various publications, such as The Illustrated Police News, were created solely to capitalise on this trend.

It did not matter whether there was any modicum of truth in the charges against the accused or not. The more gruesome the crime, the better the headline. And these headlines were often topped by images of mutilated bodies and bloody weapons, because murder as an objective act was not horrific enough—it had to be well-marketed to catch the attention of people passing by newsstands. This brand of salacious storytelling gave birth to two trends which have lasted to this day—tabloid journalism, which has also branched out into reporting on celebrities and the entertainment sector, and crime fiction in English literature.

Over the past month, something similar has played out in India as well. On June 14, 2020, as soon as news of Sushant Singh Rajput’s death broke out in the media, everyone started mourning the early death of a talented actor. People found it hard to come to terms with the early departure of someone who was destined for greater things in life. And, very soon, that disbelief gave way to anger.

Within a couple of hours of the newsbreak, social media was awash with photos of his dead body, lying on his bed, with captions that seemed to sensationalise the tragedy. People have their own way of grieving, and you cannot fault them for that, but seeing those images would have been highly distressing to anyone, especially those with mental health issues. After a concerted effort by the cyber crime cell of Mumbai Police, the images were taken down, but the damage had already been done. This episode just served as a base for what was about to follow.

Since then, there has been a shrill debate over two things—whether SSR’s death was a suicide, where lots of people overwhelmingly think it was murder; and the question of who gets the right to work in Hindi cinema. On Facebook, Twitter and Instagram, people have been circulating campaigns for a CBI inquiry and hashtags like #JusticeForSushant, to the point that they even spam the comments of a post or tweet that may have absolutely nothing to do with the case.

Everyone suddenly has an opinion on what SSR must have gone through, and how unkind the dream factories of Mumbai were to him. And this has led to growing calls for boycotting Bollywood, where journalists and film trade analysts have been castigated for using “blind items” to support their kiss-and-tell brand of journalism, several card-carrying members of the so-called “film mafia” have been heavily criticized for supporting the dreaded N-word—nepotism—and keeping out talented actors from plum projects. And the debate rages on.

As a practicing academic, I would like to seek everyone’s forgiveness for suggesting that the madness surrounding Rajput’s death could be even remotely connected to the birth of crime journalism in England. But it has become increasingly impossible to separate the accompanying hysteria of both scenarios.

However, I am getting ahead of myself here. This article is not about Rajput or his death, nor is it about the seedy, hard-boiled crime journalism of 1800s England.

It is about how we are unable to distinguish reality from fakery in today’s world.

In his 2020 book Social Media and the Post-Truth World Order, Gabriele Cosentino writes:

“Post-truth is not simply a Western phenomenon, but it is also affecting multiple parts of the world. Online rumors, Internet hoaxes, Facebook fakes, inflammatory memes, conspiracy theories via anonymous imageboard and disinformation campaigns by Twitter shape and affect political discourses and events across the globe, from Myanmar to Russia, from Syria to Brazil.”

Going by Cosentino’s claims, we are firmly and squarely in the Post-Truth era. The objective truth about anything does not hold any currency for us—our individual versions of the truth matter more. And the weapon of choice for this? Social media.

Social media is where we all turn performers. I have written earlier about how we keep trying to keep our public and digital selves separate from our private selves. What I didn’t talk about was how we are constantly under pressure to react, to rage, to rant.

We furiously type away at our keyboards and screens, trying to demonstrate to the world how knowledgeable we are, how empathetic we are, how woke we are. The problem is that in doing so, we try to drown out other voices of dissent. We are right, everyone else is wrong. And thus, we become the very intolerant voices of intolerance and oppression we were rebelling against in the first place.

We travel so far from the truth that the objective truth is now an illusion to us. This bitterness is at the heart of the entire “cancel culture” moment that social media is going through right now.

As trigger-happy “keyboard warriors”, we are always on the lookout for social media posts that fit all our checkboxes that are aligned with our own views. Once we come across such posts, we start our performance, with an emoji here, a smiley there, and supportive comments in between. And if we find something antithetical to our viewpoints, we will try to browbeat the author into submission. Somewhere the absolute truth gets buried in this mess.

On June 4, 2020, Humans of Bombay, a page supposed to air life-affirming stories of select residents of Mumbai, posted the testimony of a woman who spoke about losing her husband. The woman’s husband had slipped into a coma, and had been in that state for several years. The woman decided to move on with her life and profession—a decision she claims did not sit well with her in-laws. For a moment one could argue the post was written to make you sympathise with her plight.

The very next day, Mangesh Kadu, the deceased’s brother posted on Facebook about how the woman’s testimony was thoroughly one-sided and did not take into account the struggles he and his parents went through. In it, he criticized her for not being there with his brother, but also respected the fact that she probably wanted to move on with her life. Yet, he argued that she should not try to capitalise on their grief and paint herself as a “suffering woman”.

As reported by Men’s Day Out on June 17, 2020, after Mangesh Kadu’s post, Humans of Bombay decided to take down the woman’s testimony from their Facebook page. However, as I’ve shown here, their Instagram page still hosts the testimony.

The “Utkarsh case”, as I like to call this episode, would have totally passed me by, had someone not shared Kadu’s testimony on Facebook. I read and reread both versions, and both versions appeared to run contrary to each other. It is impossible to know which of the two versions is the truth.

But the truth is there. The absolute truth, well, perhaps lies somewhere in between. And endorsing one view at the cost of the other would only obscure the truth. But we, the “keyboard warriors” of the internet, don’t even see both versions of the truth most of the time. We just roll with the one that makes us feel fine.

We don’t know what is real anymore. As people living out our cautious existence in the Post-Truth era, we have made our peace with the fact that we will never understand the truth, and we must live with the complex web of lies and artifice we are stuck in. We are ready to live with the hypocrisies of our society, our politicians and our role models. We are ready to live in ignorance of our rights, and in denial of our freedoms, because thinking exhausts us.

Social media gives us the opportunity to play “judge, jury and executioner”, and we grab it with both hands, regardless of the consequences.

Coming back to our role models in popular culture, it is amazing how we take their views for granted. We keep hounding them for news of what they will do next in their fields, but are strangely uncomfortable when they express their opinions on developments outside their fields. It is almost as if we want to control them. And so, we shout them down. A case in point is actor Richa Chadha’s post about SSR’s death and the presence of nepotism in the Hindi film industry.

Journalists circulated “blind items” about Sushant Singh Rajput, because, just like the British crime journalists of the 1800s, they knew human nature was always hungry for salacious gossip. We all can argue that the system has been complicit in the slow and systematic dismantling of an individual when he was alive, and that guilt is gnawing at the collective consciousness now that he’s dead.

It is actually noteworthy that this has kickstarted a debate about whether talent should take precedence over lineage or not in the dream factories of Mumbai. But the best way for fans to show their love and respect for their screen idols is simple: buy tickets and OTT subscriptions and support their art.

And finally, the only way to battle the insecurities of the Post-Truth era is to remember that nothing on social media is real. It’s all a few bits of code at the end of the day. Social media is a performative space where everyone tries to put out their best selves, but it’s not the truth. The truth is, as always, hidden between the lines.

When you cannot make love