﻿ Usri Basistha The pandemic is revealing the story of our gendered homes September 21, 2020 https://www.nakedtruth.in/wp-content/uploads/2020/09/The-pandemic-is-revealing-the-story-of-our-gendered-homes.jpg 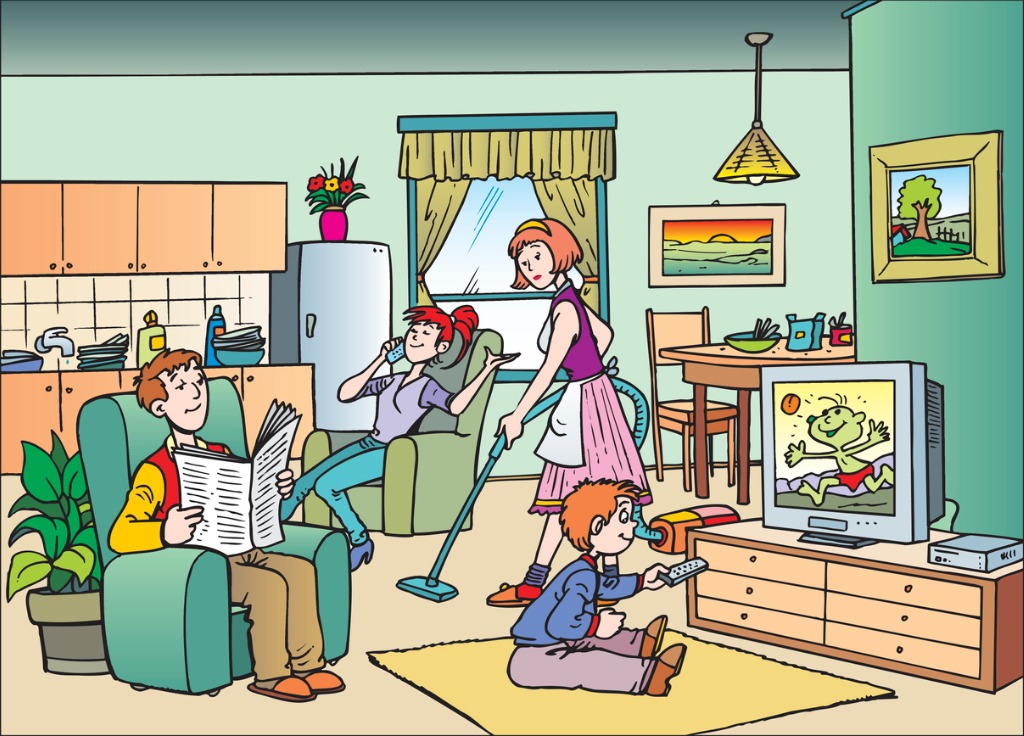 A few weeks ago, the funniest viral video of the year happened to distract me from my 6 month-long house arrest thanks to the pandemic. The video in question was of course, Yashraj Mukhate’s creation “Rasode Main Kaun Tha” (Who was it in the kitchen?).

A musical retelling of a scene from one of the self-same Hindi soaps where the entire drama revolves around a joint family’s communal kitchen. The million dollar question is asked by a domineering woman, is answered by another petrified woman, and the culprit turns out to be a woman too.

Rewatching the hilarious video for the umpteenth time a thought occurred to me: why is the household such a gendered space?

From the beginning of the lockdown, household chores became a primary source of social media content. Jokes circulating on WhatsApp about how men fail at housework juxtaposed with pictures of scrumptious culinary skills flooding my social media, primarily posted by women. There were also amusing videos by social media influencers; squabbles breaking out between spouses about the division of labour in the household.

The primary narrative that emerged was that women are supposed naturals when it came to housework, while men are at a loss about their role in the domestic space now that we are all indefinitely homebound. The “Raashi ben” video only brought this narrative out in the open.

As a woman who has a complicated dynamic with the realm of domesticity—I will come to that eventually—it naturally led me to wonder why we accept such a skewed perception even in the twenty-first century. More importantly, has this always been the norm?

Dr Renata Forste, a renowned American sociologist explains that for quite a long time our society depended on agriculture. It was a space where men and women equally contributed. Men were in charge of producing the raw material and women created agricultural products that could be later bartered for other goods and services. This dynamic was drastically altered with industrialization where men were drawn out by the factory work and women stayed back in their homes. The concept of the man being the ‘breadwinner’ of the family was born.

This eventually led to a schism: public spaces belonged to the man now whereas the private space of the household was given to the woman to look after. The Victorian society thereby pushed women to inculcate the virtues of “piety, purity, submission and domesticity”. With not much choice to earn their own keep, women increasingly regarded marriage as an economic proposition. Tending to the homefront was the woman’s primary responsibility.

That might have been the case some two hundred odd years ago. Why is it then that there seems to be no end to the sexist “go make a sandwich” jokes even now? As recently as 2011, in the film “English Vinglish”, Sridevi’s iconic character Shashi remarks to a chef in broken English, “When a man cooks it is art, when a woman cooks she is just doing her duty.”

It seems like the trouble was just beginning when women entered the workforce in earnest since the 1950s. Instead of disappearing, the attitude that women are the sole caretakers of the home took an even stronger hold in our society. Keeping the balance between their work and their homes was something women were expected to do. This mindset had all kinds of fallout in the transition of women from the domestic to the public. From being blamed for failing marriages to being at the receiving end of the “motherhood penalty” women had to battle several complications.

Given the same occupation and education when men and women start with the same pay scale, it significantly alters after women become mothers.

Economist Laura Tyson points out, amidst other reasons, a crucial factor behind the wage gap between the genders is the result of mothers leaving the workforce to take care of their infants. It has been studied that given the same occupation and education when men and women start with the same pay scale, it significantly alters after women become mothers. After they avail their first maternity leave, the financial prospects of a woman’s career hit a glass ceiling. Simply because of an entrenched belief that remains rooted in our society. That mothers should prioritise children over their careers, due to accepted gender roles.

I am the product of this generation. I grew up seeing both my parents leave for work in the morning. My mother, as a working woman, was a pioneer of sorts in my family. There was not much precedent before her. I’d see her cook for us on the Sundays; serve guests whenever they came; she was the active parent when it came to me as well. I grew up seeing my mother receive a salary for her work as an educator outside the house. Conversely, her role as a homemaker was additional. Something extra, unworthy and without value in itself, because no one paid for it.

The concept of domesticity being a woman’s skill has a much more insidious consequence too.

In these pandemic times, one of the hardest hit sectors is of the domestic workers. Many have not been paid properly in months, some have been sacked without the providence of severance pay. Dwelling on the dismal state of domestic labour laws in our country, Yashvi Ganeriwal writes, “Domestic workers are not considered significant enough components of the labour force, and hence, adequate redressal mechanisms in law or policy are absent. This flows from the idea that the home is not and cannot be a work place.”

Housework is not only considered a woman’s role, since it did not earn capital like a man’s work outside of it did, it is inherently considered of lesser or no value at all. This was why it took us so much time to consider a “domestic help” to be an actual worker. Ergo, it hits home when, in her 2019 adaptation of Louisa May Alcott’s literary classic “Little Women”, Greta Gerwig’s Jo observes, “Well, who would be interested in a story of domestic struggles and joys? It does not have any real importance, does it?”

It took me six months of being locked in the house to realise I held a similar internalised prejudice. This bias is surprisingly common in women my age. Growing up seeing their mothers and aunts working in the domestic sphere without any appreciation, nevermind financial compensation; being irked by the expectations of kith and kin to grow into domesticity as a natural byproduct of being a woman, we begin to look at household chores with an inimical distaste.

Speaking for myself, I am an incurably clumsy person, and if 30 years of my life are anything to vouch by, being a woman has not given me a magical penchant for apparently feminine skills, like cooking and cleaning. For the extent of the time of the total lockdown, I was given the responsibility of sweeping the house. I could only do it by coaxing myself to think of it as a much-needed workout. The idea of working out made me feel productive. Because, of course, the act of just cleaning the place where we live has no intrinsic value, right?

It is odd to think we have come to a place where nutrition and sustenance—the basic amenities that keep the machinery of human civilization well oiled to function—has come to be undervalued. However, a silver lining is appearing steadily. There is a growing consensus that the only way to debunk this myth is to create a more inclusive environment for men to step over into this relegated sphere of the household. To that end, the culture of paternity leave is finding a growing popularity in the corporate sector to even out the playing field a little.

Economist Natacha Catalino has an interesting argument. She believes that if men find the social acceptance to be in the house, to the extent where they can comfortably consider being stay-at-home parents, then archaic gender roles can be truly given up for good. She believes men feel as stuck by these roles as women. Catalino gives the example of same sex couples. Freed from gender roles, these couples almost always have agency to choose and divide their housework equally.

She asks, “…what if we could break the status quo which keeps men stuck working a 100% as the main breadwinner?”

I like her line of thinking. After all, the act of baking the bread is equally important as the act of earning it.