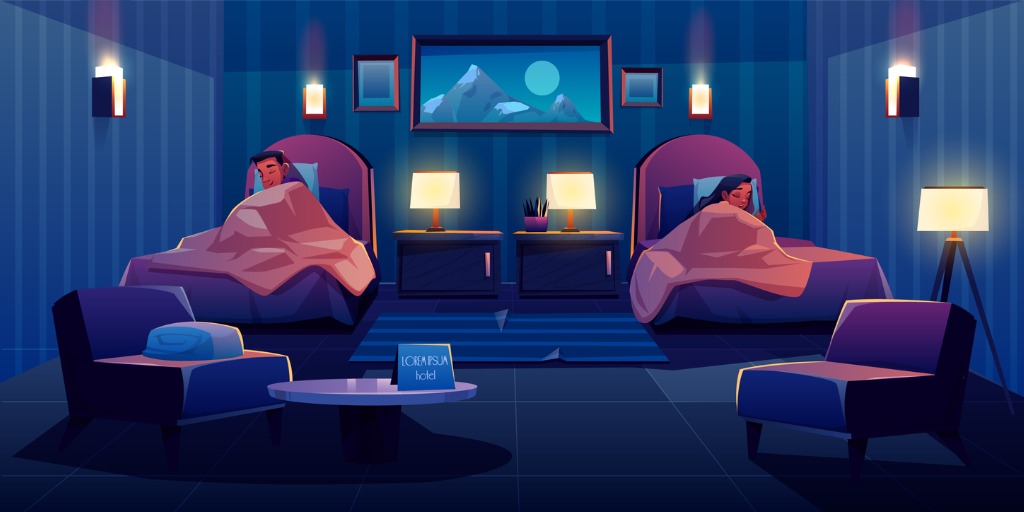 Thinking about marriage is a favourite pastime for many. I do not mean to generalize, but if the popular perception is to be believed, every girl plans, re-plans, dreams, and conceptualizes about her wedding from a young age. Boys, too, are equally invested in how things sail through as they come closer to this chapter in their life.

Most love stories, songs, and novels start from the moment when two individuals meet. The butterflies, jitters, and mind-games of chasing each other, confessing their love, and planning a future together form the plot of the story. The ‘happily ever after’ ends at the wedding pheras, qubool hais, and I dos. But the courage it takes for some people to reach that point is something we are indifferent towards.

Marriage anxiety is a thing.

While other aspects of wedding planning such as buying clothes, finding the right jewellery, picking a venue, finalising for decorations, et al, take most of your time, it is those little moments when marriage anxiety seeps in. The jitters are not hesitance but a deeply ingrained paranoia. The butterflies do not make your heart flutter and skip a beat, but rather make you miss meals for days. The games that your mind plays on you push you in a dark corner that is hard to climb out of.

Marriage anxiety has affected many people since times immemorial. But the repercussions have been worse in case of arranged marriages. Not knowing the other person well enough, and the thought of being a part of another family is unnerving, to say the least. For a person suffering from marriage anxiety, the feeling is further intensified. The fear of being observed, judged, and even criticised, can be overwhelming. On top of this, the unfamiliarity with a new group of people adds to the ongoing stress.

Things have spiralled out of control in the current circumstances. With COVID-19 on the loose, people are unable to step out of their houses. Surprisingly, this does not stop them from arranging marriages. Many weddings have taken place virtually on internet platforms like Zoom, Skype and WhatsApp. As amused as people are by this new norm, it is quite challenging for the people involved. There have been instances where families have only met each other on video calls. The groom and the bride are given time to get to know each other, but the chances to meet and greet are rare and limited.

Most meetings and ‘getting to know each other’ happen over the phone. The other person’s personality, demeanour and other aspects are hard to gauge without any physical contact. In today’s times, you are now forced to adopt the age-old practices of trusting your instincts and hoping for the best in your partner. But if things do not unravel post-marriage as you hoped them to, then there might be no turning back, at least for a while.

Things are equally difficult after you get married. You find yourself stuck in a house with no place to go. The honeymoon is cancelled, so you may just be caught having very little time to get to know your spouse personally. The familial responsibilities take over sooner than you can imagine. Even in compact families, a newly wedded couple can find it hard to adjust to each other’s presence. Everyone is working from home, so you are trapped in each other’s presence all day long. There are no distractions or attractions apart from spending time with each other.

Some may argue that this is the best thing that can happen to two people in love or two individuals starting a relationship. But these things seem more appropriate in words and lack all meaning when seen rationally.

You cannot confide in a co-worker or friend if things go down south. A simple vent that is considered healthy and essential is missing. Urban jungles with small homes, little balconies, and low roofs give you the illusion of being captured in jail, with your captor by your side, unable to leave you even for a second. There is no avenue to let off some steam.

Another side of marriage anxiety engulfs love marriages. Despite knowing the other person for months or years, the fear of taking the next step can be beyond frightening. When two people are in a relationship, things are more casual. The families are not involved, their finances are separate and independent, and there is no legal obligation to each other.

However, the day you tie the knot, you are asked to change the name of the beneficiary on your bank and insurance accounts. From an individual account you move to a joint account, the names on your speed dial are different, your family member count increases.

As small as these changes may look from the outside, for someone suffering from anxiety, these are nothing short of mountain peaks. You find yourself standing at the bottom of a tall peak, in a pair of flip flops, being expected to trek what later turns out to be Mount Everest. As you grapple with this journey, others find it impossible to understand why you feel the way you do, especially if you were the one to choose your partner.

Unfortunately, marriage anxiety has a small audience for itself. Most people dismiss it as mere wedding jitters. But there lies a massive difference between the two. The lack of empathy and sympathy force people into a shell, unable to enjoy the most joyous moment of their lives.

Marriage anxiety is, well, normal. It happens to many people. Some can deal with it before they tie the knot and others carry it well into their marriage. There is nothing wrong with it, and nobody should feel ashamed or scared to have it. There are professionals that can help ease some of your concerns.

There is usually a reason for every fear that you have. Getting to the root of the problem is another task.