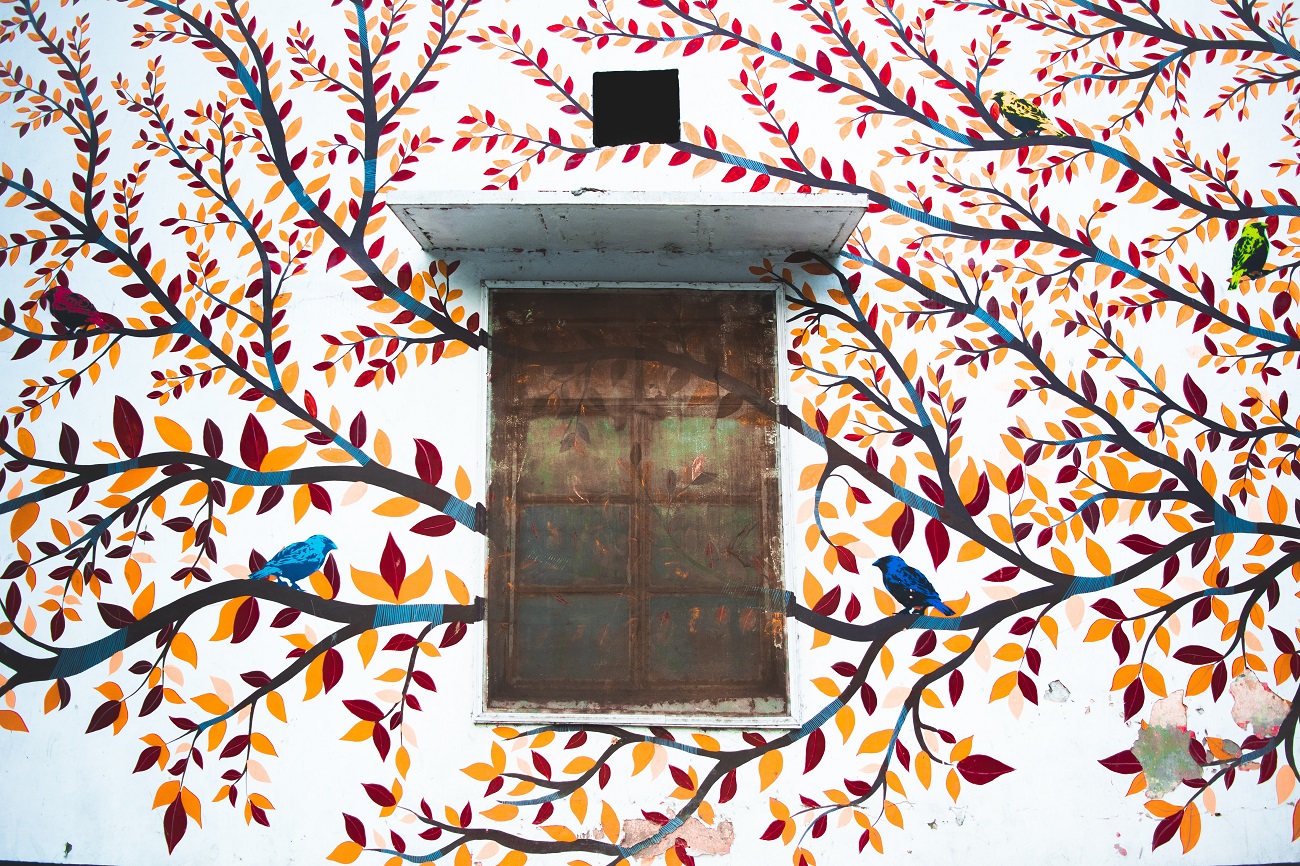 It was Spring of that year. She was gazing into the misty evening sky, lying in the Thar desert. It was grey in parts, accompanying the gold of the setting sun. She felt a strange calm in her head while lying bare-headed on the warm sand and looking into the infinite oyster.

A sudden rush of people on the sand mountain a few meters away brought her back. They were riding camels and singing songs. He came running from behind and said, “Look at those monkeys!” She smiled, and said, “Let them enjoy the way they want.”

The unsaid joy of being in a place where you have songs in your head and a strong desire to continue the journey is quite underrated.

Resting on the sand, she was thinking about the whole day, which started with a quick breakfast at a roadside stall, then visiting the unnamed forts along with long rides on the unnamed roads. And that little lake or an oasis, which appeared on their way out of nowhere! No one had witnessed them sitting on the lakeside, all but by themselves. They were accompanied by that wild camel, quenching his thirst, and a few birds on the other end.

The comfort of their company was so that they didn’t talk to each other while sitting there. They didn’t need to reassure themselves of each other’s presence. They sat there in their thoughts, walked along, without saying a word, just smiling to themselves.

Her deep thought was interrupted by him, when he came again and said, “Let us roll down this sand mountain!” She laughed it off. He insisted that he was serious about the proposal. She hesitantly nodded her head, smiled and jumped.

Whoa! It was quite a ride! Her clothes were tainted, and the feet started to hurt a little bit, but then she saw him coming down the same path. They both stood up, climbed it again and repeated the fall. It was fun indeed!

When they were about to walk back to their scooter, a smiling man came and asked him to click his picture with the wife. She commented, “You have chosen right, he is a great photographer.” He ignored her disguised appreciation and clicked many pictures of them with the setting sun.

The man said, “Why don’t you two stand together, I will click a picture for you as well.” She looked away and his face flushed. They were not a couple, just travellers on a trip. He shyly refused it. The man smiled and left.

They walked back together to the scooter. It was starting to get darker, and the city was far away. They knew that they should start their journey back. After a bottle of limca and a fresh mirchi wada, they started to head back to the hostel.

The road was straight and pitch-dark. There were no street lights. The only light that her eyes started to recognise was that from the crescent moon. The desert on both the sides of that long road was suddenly lit in silver, and it was as if they were in a no man’s land. There was a mix of ecstasy and fear in her heart. She rested her head on his shoulder, trying to memorise this road forever in her head. It was insanely beautiful and aloof. There were a few flashes of lights from fellow travellers and their cars, but they were far and in between. She didn’t know his feelings. He was riding the scooter peacefully, avoiding jerks.

Just when the city lights could be seen, she sat up straight and said, let us have dinner at a fancy place tonight. He agreed with a smile. On the whole trip, he was agreeing to every idea she was randomly throwing his way. From buying handmade toys, to visiting alleys of the old bazaars, taking unfamiliar roads, to even having Chinese food for breakfast. It was crazy!

She was never accepted so easily in her life. She was used to resistance on every idea she shared. But to admit, this was the first time she had a no-expectation holiday with a friend she respected a lot. She had not visualised how the trip would be. She just wanted to be with herself, in a comfortable company.

That night, they went to a roof-top eatery, right under the fort. After ordering an authentic Rajasthani meal, with a glass of wine, they started to loosen themselves and found them to be lost in the moment. Both of them were very happy to have explored the unknown nooks and corners of the city. They discussed how they had travelled to unnamed villages and forts, shook hands and talked to the locals. He even mentioned that child who was running after them to click a picture in that village. The dinner and the conversations over it were surreal.

They came back to their hostel, withered but delighted after a long day. When she was about to hop on to her bed, he asked her to sit with him and listen to some music. She needed some music too. They sat together comfortably with their backs to the wall. He plugged in his playlist, it was different from the music she was used to but she liked it. They both relaxed and closed their eyes.

Just when she was about to leave to go to her bed, he raised his hand towards her, smiled and hugged her. He silently asked her to stay there, just the way they were. She stayed. They slept like babies. They were so different yet so alike. Whether it was platonic or more, it was love actually.

I have seen the magic of

just soak it in the soul,

don’t taint it with a name

What’s lost when we’re too afraid to touch the world...