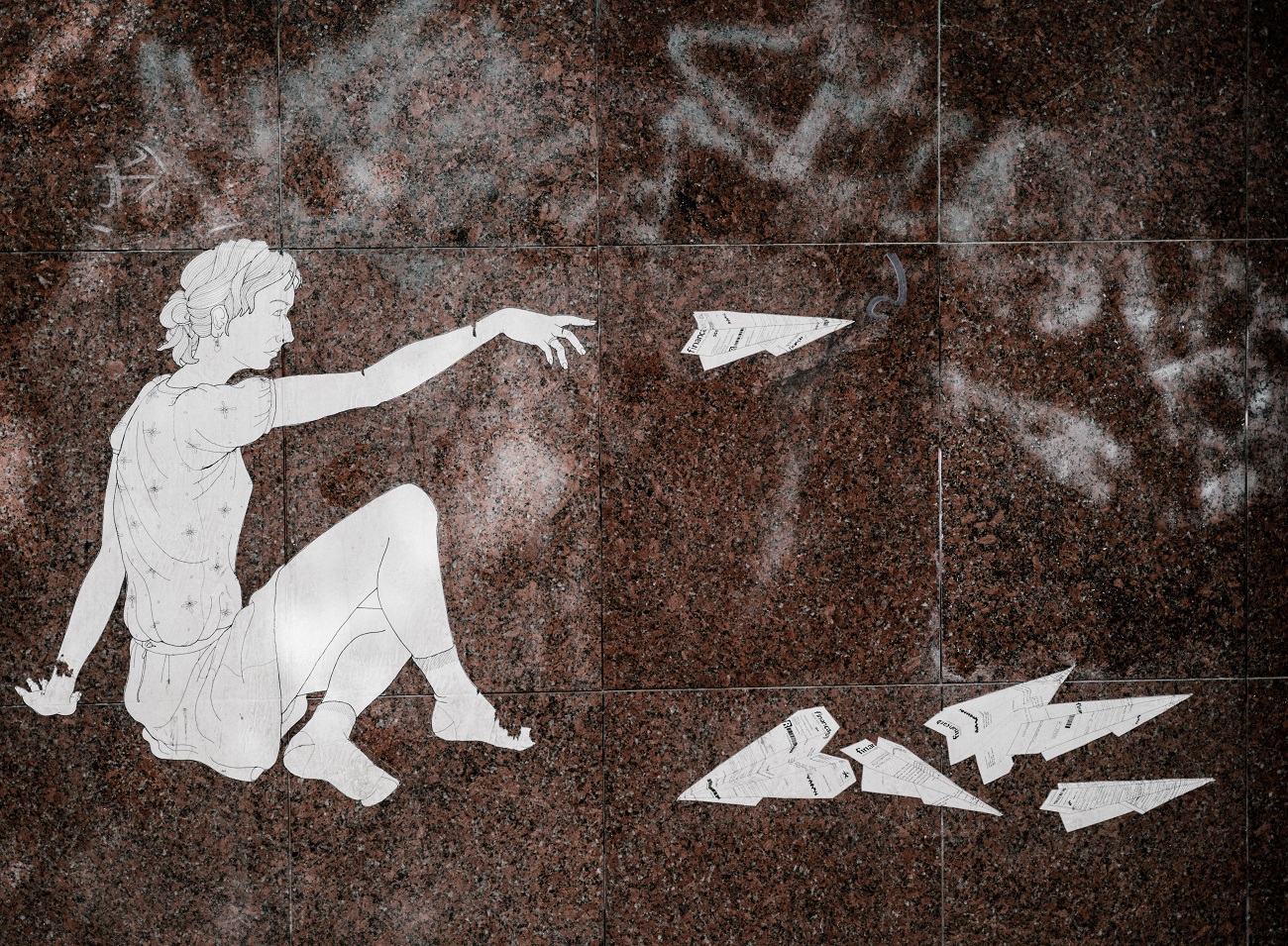 How Chinese people came together when separated by quarantine, creating hope, humor and art

Amid the bewildering figures and contradictory political narratives, it is important to recall that numbers and governments are abstractions – whereas people actually live with and through disease. By fixating on the former, we risk losing sight of the human dimensions of epidemic life.

As a scholar researching the cultural aspects of the 2003 SARS epidemic, I too initially focused on geopolitics and biosecurity. But what I discovered in addition – rarely discussed but vitally humanizing – were the vibrant forms of everyday communal life generated by SARS at its very epicenters.

Under conditions of obligatory isolation and social distancing, common people invented new kinds of sociality and new genres of epidemic expressions. With COVID-19 now even more than SARS, the Chinese internet and social media offer a cornucopia of examples of epidemic communities brought together by heart, humor and creativity.

One early set of viral videos surfaced in Wuhan just five days into the city’s lockdown. On the night of Jan. 27, residents shouted “jiayou” – literally “add oil,” meaning “hang in there” or “don’t give up” – out their apartment windows, in a spontaneous burst of solidarity. It was a demonstration of collective strength and defiance, of people’s refusal to be quelled by the virus and the quarantine, and their desire to cheer each other on.

One of these clips, uploaded onto YouTube by the South China Morning Post, has received over a million hits, with netizens from numerous Asian countries echoing “Wuhan jiayou!” in encouragement. Indeed, the refrain has flourished into a rallying cry among an international public on social media, despite the Chinese government’s attempts to co-opt it as a slogan for ethnonational patriotism.

This spirit of reciprocal support extends to the care of animals. The Wuhan lockdown has stranded tens of thousands of residents outside the city, leaving an estimated 50,000 pets trapped in unattended homes. Through social media, some pet owners connected with Lao Mao (“Old Cat”), who heads a team of volunteer animal rescuers in Wuhan. These rescuers now roam the city and sometimes break into deserted homes to feed abandoned cats and dogs.

Outside Hubei, other animal lovers likewise help those stuck inside the province look after their pets at home. These tales of animal caretaking, even in times of human crisis, can usefully offset perceptions of Chinese culture as simply one of cruel and unbridled animal consumption.

Another unexpected focal point for communal care is the face mask. Across China, masks have become a powerful vehicle for enacting goodwill, generosity and fellowship during the epidemic. In one viral video from Anhui, an anonymous Good Samaritan was captured on surveillance camera dropping off 500 masks at a local police station. As he hurried away, two officers ran outside to salute him.

This video in turn inspired the Hong Kong-based singer G.E.M. (Gloria Tang/Deng Ziqi) to compose “Angels,” a song that garnered nearly 600,000 hits within the first day of its upload. A tribute to ordinary people’s small acts of fortitude and kindness during the outbreak, the music video opens with the Anhui clip and then splices together other moving scenes, including a train employee gifting a mask to an elderly woman passenger and a man distributing free masks to travelers in an airport abroad.

People also showcase their creative flare in donning protective gear and venturing out to neighborhood convenience stores and parks in inflatable costumes of T-Rex dinosaurs, green aliens and Christmas trees. When they run out of face masks, some half-jokingly substitute with bras, sanitary pads, and orange rinds.

As Manya Koetse reports from Beijing, these social media trends allow people to “mock neighbors, their friends or family, or even themselves in the extreme and sometimes silly measures they are taking to avoid the coronavirus.” But more than mockery, the very sharing of these memes is a constructive and healing social act. In times of high stress and distress, to sustain these virtual communities is to deliver shared recognition, concern and laughter.

This is not to say that China’s epidemic experience is solely lighthearted or affirming. Yet neither does life at epicenters have to be apocalyptic, defined by epic heroes and villains or horror scenarios of collapse and conflict.

Indeed, in other countries that have since become COVID-19 epicenters, social media offer similarly inspiring examples. Frontline health workers in Iran dance in hospital hallways to buoy their patients as well as themselves, and Italians in lockdown sing from their balconies to boost each other’s morale – in turn prompting a string of “Italy jiayou” videos from Chinese netizens.

Collectively, these chronicles attest to the idea of pandemic resilience – the possibility that disease outbreaks can be lived through with empathy, ingenuity and sheer human ordinariness.

Belinda Kong, is Professor of Asian Studies, Bowdoin College. This article was originally published on The Conversation.

What it means to be a superhero