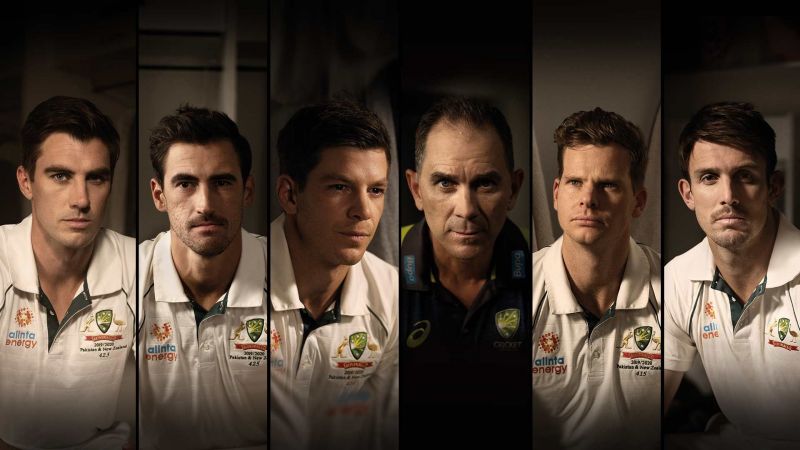 “How can one be timeless if time itself wears you down?” This is a dialogue from a Bollywood movie, Laal Kaptaan.

When the yellow paper grabbed all the attention, everyone was left stunned. After investigation, the Sandpaper scandal that led to the suspension of Steve Smith, David Warner and Cameron Bancroft from the world cricket for a year, Australian cricket reputation that was built over the decades was at stake. Nobody saw that coming, nobody ever expected that.

Smith shed tears. Warner shed tears. Bancroft, too. Cricket fans mourned. Australian cricket team had now lost their captain, vice-captain and an opening batsman within a moment for a year. And more importantly, the reputation.

People were booing and mocking them. Media was filled with opinion pieces. Admirers were turned silent, rather muted. Nothing would have justified their actions. And everyone had only one question, “why would they do that?”

Another dialogue from the same movie identifies with the emotion. “Life is nothing but a preparation for death.”

All the efforts, emotions and skills that were invested in shaping the Australian cricket team well had started appearing a preparation for death. Their coach had then resigned, and Justin Langer was called in. He had a mammoth task in his hand, of building the team from the scratch, surviving the matches, finding the balance, and bringing the confidence back into the team and followers. “The Test” on Amazon Prime gives us access to the dawn of that new era.

Project is one thing. But when your life circles around that one project, it becomes your life. It doesn’t remain just about a sport, it is certainly not about a win, and it has least to do with all that you don’t have that once you had. As they say, life comes full circle, their life became a full circle. Just holes everywhere, no outlet. It didn’t remain only a field battle, it became a mental battle, too.

“It’s really hard to stay in the present and not think about what could happen later, or what has happened in the past. It’s so hard. That’s…that’s the mental battle,” says Usman Khwaja, Australian batsman.

And then, if only it was just a sport, it would have been plain mundane, or simply, boring. A dull exercise, indeed. No excitement, no rush. And here, it goes beyond the sport: hope to perseverance.

During the time of crisis, we are all silent worshipers of hope. We start looking for the element where we can put our faith on, and strive to come out well with that very hope. But there’s a problem. The crisis doesn’t give a damn about your hope.

In a story on The New York Times, titled as God vs Coronavirus, the author writes, “Holy water is not a hand sanitizer and prayer is not a vaccine.”

And still, people can go at any length putting their stake in the hope. They are, after all, called believers for some reason. The author notes, “when the religious needs of practicing people aren’t met, they tend to look for other ways to fulfill them.”

And here, in the sport, as much as you bet on hope, there’s no other way around. The hope can only be the driving force. Perseverance starts challenging the hope quotient. “The talent will only get you so far, and then, you get into the heat of battle, and it’s whoever makes the best decisions,” says Marcus Stoinis, Australian all-rounder.

As cricket series started lining up for the new Australian team, and pressure started building up to register a win and claim that they are back in the game, that they haven’t given up yet, and that they are here to get through this lonely phase, the emotions were only at play then. The project became life, and life meant serious business.

They lost many matches, won a few, too. The leadership was put on a testbed, and the management was checking the patience. The dressing room had heard the cries and watched the sweat. And Smith, Warner and Bancroft were now about to return to the team.

“In combat, soldiers live and die by the creed of mateship,” a man tells to the visiting Australian team. “I think mateship…it’s the reason why I play cricket,” puts Nathan Lyon, Australian off-spin bowler. “It’s about going above and beyond to care after a mate.”

When Warner and Smith made their return to the field, the crowd on the stands booed them. The abuses were hurled at them, they were mocked, they became caricatures, and they, watching from the other side, had no other option but to move on with their dull faces. And life isn’t like a movie. Nobody wants to see the other side when they believe their side is more important to them and everyone else.

Sportsmen, here cricketers, are expected to perform. Here goes the six, a four, a century, and a fifty more, and I want to see one more shot. No singles, please. Oh, dot ball, you inefficient bloke. When the match is over, you go back home and talk about the team that won, or simply, you just switch the channel sitting in the comfort of home. Gossips? Why not. Opinions? For sure. All through this, no one really expects to hear a word: sacrifice.

The projects involve sacrifices, too. A project can very much be a business equally as a task to drop someone drunk safe to their home. And you never know the sweat on the field has come out of sacrifice. Those who get involved in the process know that, but it’s not for the crowd.

“They are the sacrifices. Not many people see it. When it comes to affairs of the heart, it’s hard, and that’s one of the sacrifices you make,” Langer mildly says it.

And you know, hope still isn’t an easy deal. The Australian cricket team goes on to retain the Ashes after losing the World Cup semi-final, and those who booed them with every breath started becoming silent. The crowd didn’t know how to react to them now, rather started accepting the idea that the reactions would be pointless.

The Australian cricket team was now commanding respect and had claimed their position in the World cricket yet again. The fans who mourned were filled with pride. Their families and the management all were patting their backs. The smiles were, of course, a reflection, and the sweat was counted.

Was it all a byproduct of hope? A simple answer: no.

They accepted the mistake. Acknowledged it from day one. Owned it and trusted the journey. Hope was only a partner. This is where life becomes a script of a movie. A script that doesn’t know the climax, but still, keeps working on that. We are all artists then.

“Yeah, we all make mistakes. And I reckon it was almost like a great metaphor for the fact that we have a choice, whether we want to live in a suffering of what that is or if we want to move past that and be better and be great,” says Cameron Bancroft, the Australian batsman who brought the yellow paper in the limelight.

And, how can one be timeless?

Justin Langer, the coach who saw it all comes into the picture. “When you’re hungry for something, and you’re determined and you’re focused, and you’re committed to something, it’s hard to surrender, isn’t it?”

Life is a preparation…for not to surrender. And well, the project isn’t a movie.

*Cover image is sourced from the documentary, The Test on Amazon Prime.

We are failing our animals

What it means to be a superhero