﻿ Dyuti Banerjee We are failing our animals March 17, 2020 https://www.nakedtruth.in/wp-content/uploads/2020/03/We-are-failing-our-animals.jpg 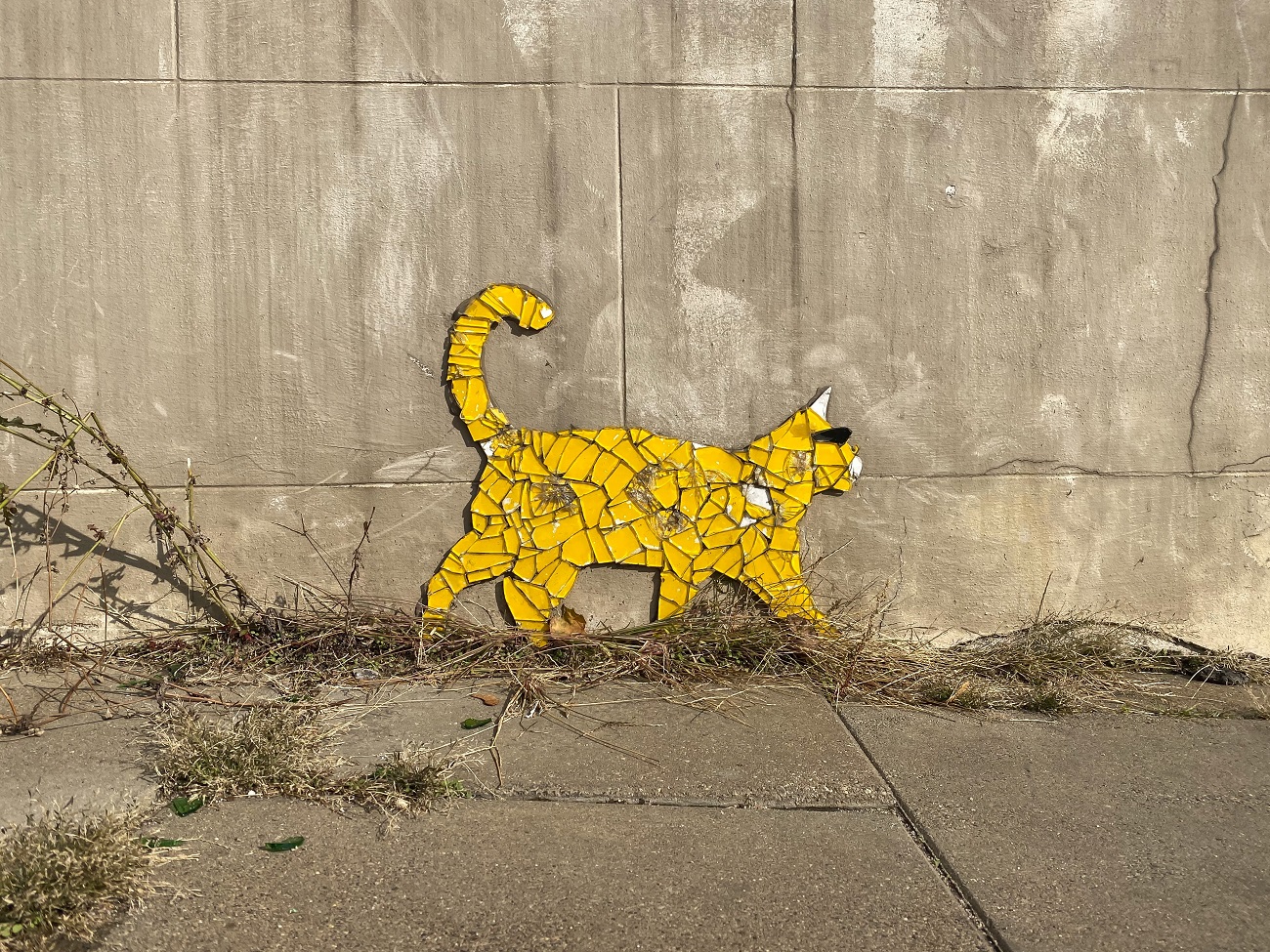 We are failing our animals

I live in Calcutta. What is conveniently tagged as a ‘city with a soul’. Calcutta is my happy place, primarily perhaps because I have the most memories here. I was born here, did my schooling here, went to college, fell in love, fell out of love, had my epiphanies, and my share of disappointments, too.

Brought them home. Loved them, cared for them. Still do. They are my soul tribe. But I could save only so many. Because this city with a soul doesn’t have many who are friendly towards its furry, feathery, slithery friends. I do not mean this as a general sweeping statement, however, because it is in this city that I have met souls who are motivated, dedicated to the cause of animals, so much so that their daily lives are a battle against injustice to animals.

But Calcutta (I have never been able to acclimatise to the word Kolkata when spoken in English) is also the city where two nurses from a renowned medical college hostel mercilessly killed 16 puppies. That was roughly a year ago, on 13th January 2019. They were booked under Sections 428 and 429 of the Indian Penal Code. The girls continued doing classes, on bail. Later on, under pressure from animal activists, they were suspended for 60days. They got away with premeditated murder. But the sympathies of the nursing community were seemingly with the two young women and their ‘careers’.

However, any real remedy through penal action is subverted, because both sections, though cognizable, are bailable, and restricts animal cruelty under the weaker purview of “mischief”, circumscribing animals only as “property” and places a rather low monetary value on them based on their utility (which again is an anthropomorphic privilege we assign to ourselves).

Justice Rajiv Sharma in a landmark judgement in Karnail Singh v. State of Haryana has construed “personhood for animals”. However such victories will not count, so long as in an anthropomorphic society like ours, we fail to actually recognise such judicially acknowledged “personhood” of animals.

Violence against street animals is rampant still, with street dogs and cats being looked upon as a public nuisance at large. There is an entrenched fear factor associated with dog-bites and rabies, and some unfounded myths, as the one about cat-fur being linked with diphtheria. These fears, some rational and irrational, are deeply pervasive and results in general disgust against stray animals, which even extends to people raising objections to other people who go out of their way to feed and take care of these animals.

There are many such people who feed animals, regardless of such objections. So, for every instance of people taking it upon themselves to decide that these animals do not deserve to live, there are people who are the animals’ staunchest advocates. But with our kind of weak laws on animal protection, there is little room for any effective advocacy beyond sympathy and basic care.

The Prevention of Cruelty to Animals Act, 1960, instituted “to prevent the infliction of unnecessary pain or suffering on animals”, goes a small step ahead of the mere ambit of “mischief” as accorded to violence committed against animals under The Indian Penal Code, 1860.

The Act defines “animal” as “any living creature other than a human being”, freeing it from the humiliating purview of “property’ as envisaged by the Indian Penal Code. Section 3 of the 1960 Act recognises the duties of persons having charge of animals, while Section 4 of the Act provides for the establishment of the Animal Welfare Board of India.

Section 11 of the Act, for the first time in Indian legal history, enumerates in detail, a list of acts and omissions that qualify as animal cruelty, including animal abuse, abandoning of animals, killing them, or even withholding food and care. So far, so good.

However, any real impact is thwarted, because of the impotent nature of punishments threatening an offender of these offences, which are in the nature of a nominal fine of Rs 10 up to Rs 50 in the case of first-time offenders, and between Rs 25 and Rs 100, with or without a maximum imprisonment of three months, in the case of repeat-offences committed within 3 years of the first. Though this section is cognizable, it is also bailable. The fines and the sentence of imprisonment therefore don’t add up much, being such only on paper and having no practical implementability. Perhaps, a caricature in the name of justice.

Section 35 of the Act provides for treatment and care of animals in infirmaries. I would not be qualified to comment on other cities, but in my own, there is barely any infrastructure to help animals in need. Animal shelters which are NGOs make saving animals or keeping them, again, hold a little value. And, even when you pay, it does not guarantee proper habitable hygienic living conditions for the animal. Often the animal dies due to non-access to healthcare.

A few weeks ago, while walking down the bylanes near Gariahat (one of my favourite haunts in this favourite city of mine), we found a crow, that was unable to walk, let alone fly. By chance, where the crow was flopping around, there was a veterinary clinic. And there we learned the harsh reality of business in the name of veterinary treatment. At the clinic, no doctor checked the crow, yet charged quite a hefty sum for the tiny drops that they administered without even trying to ascertain what had happened to the little bird. We paid, got out of there, and after a long series of adventures with the crow in tow, finally sent the bird to a willing NGO. Last we heard, the bird had just been severely dehydrated. The medicines were pointless anyway.

I lost a cat to jaundice, and the Veterinary “Nursing Home” we took him to, failed to diagnose that he had jaundice even after seeing his yellow pallor.

Now, the point of this, is to make another point: forget basic compassion, where are the professional ethics of veterinary medicine, that let inexperienced staff handle the animal, and charge hefty bills, without the least bit of concern or remorse? Where are the stringent laws that should be in place to check such rampant criminal negligence? Where is the least bit of enforceability accorded to Article 51A(g) of the Indian Constitution which lays down as a fundamental duty, the duty to “have compassion for living creatures”?

From other metro cities, I keep hearing of organised animal rights advocacy. To the other side, I keep hearing stories from my animal-crusader friends, about how they are repeatedly harassed and intimidated for feeding strays, and how people choose to stay infamously silent. Support is few and far in between. Mostly, it is a solo struggle against societies at large, even though the Delhi High Court has ruled that it is illegal to prevent any good Samaritan from feeding stray animals. However, despite such rulings, it is a lonely battle for the animal crusaders.

The main problem with strays is their uncontrolled numbers. The Animal Birth Control Rules 2001, provide for sterilisation of animals, primarily strays. However, this is not a very supervised process, and unless neighborhood vigilantism is exercised, the fate of the dogs remains rather dubious. Cats are hardly considered for TNR, short for Trap, Neuter, Return, because of the bad reputation they have, of being impossible to capture. If effective sterilisation can be done, the numbers can be controlled, and the burden of care can be made to fall on fewer shoulders, and fewer animals need to suffer their lives of ignominy. Sad, but true.

Out of this bleakness, if there can be any hope for our non-human planet-mates, it is in our laws.

An urgent strengthening of the penal provisions is necessary, not merely by enlisting offences, but also by instituting strict deterrent punishments, including heftier fines and rigorous sentences of imprisonment. It is an ardent hope that our judiciary continues to interpret laws and cases in a way that finally favours the voiceless in our ecosystem.

And, the legislature recognises the lacunae in animal rights and protection, and works towards building stronger laws. And that our passionate activists, animal rights advocates, and all empathetic, sensitive individuals do not lose the energy to stand firm till these ends are met.

There’s the hope, that such stories will not need to be written anymore, one day, soon, in the near future. I will wait for that day, and so will my non-human compatriots. I have faith that, that day will surely come.

Love in the time of the Coronavirus: Do you turn...