﻿ Mark Triffitt Why politics today can’t give us the heroes we need March 4, 2020 https://www.nakedtruth.in/wp-content/uploads/2020/03/Why-politics-today-cant-give-us-the-heroes-we-need.jpg 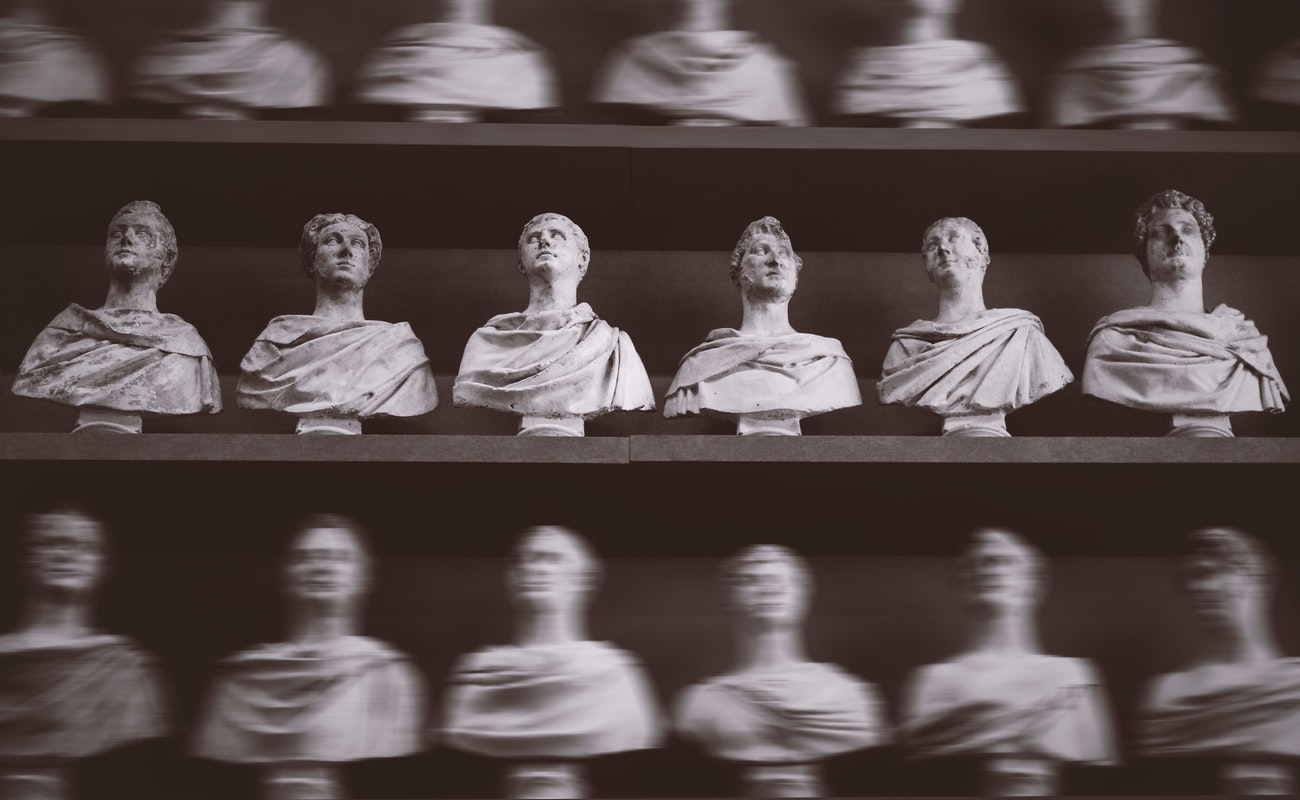 Churchill, Roosevelt (FDR and Eleanor), JFK and Thatcher – depending on your politics, they’re all political heroes.

We place them on a pedestal because their special qualities set them apart. Through far-sighted action, they persevered and succeeded (mostly) in the face of adversity and often ridicule.

It was American writer Joseph Campbell who first alerted us to the perpetual and profound influence of heroes in our daily lives. Campbell’s seminal book The Hero with a Thousand Faces – written more than five decades ago – highlighted how the “hero” story pervades every culture and creed.

While heroes come in various guises, the underlying themes that make their stories so compelling – daring, vision and strength – are largely the same. Heroes transcend the limitations of our world. In doing so, they give us a glimpse of our own potential and inspire us to achieve more.

For Campbell, such is the ubiquity of the “hero” story that it represents the central narrative of humanity. That’s why everyone – and every system – needs their heroes.

What has become of political heroes?

Much has been made of the depth of public disillusionment with our current democratic system. Campbell’s “hero” thesis may provide another guide to understanding this. It may also help us understand how and why we must address it.

After all, who would we say are our political heroes now?

On a global stage, some might point to Barack Obama or perhaps Angela Merkel. But generally the well is almost dry. This is evidenced by opinion polling showing trust in, and respect for, politicians at record lows across most Western democracies.

In Australia, political heroes are non-existent. From time to time we believe we have one in our midst. Think of Kevin Rudd’s stellar rise to leadership. Likewise with Mark Latham, Malcolm Turnbull, Julia Gillard and even Tony Abbott (before things went pear-shaped for the current government).

The pattern has become depressingly predictable. The “next big thing” steps onto the political stage to intense hope and excitement. Finally, we hope, here’s the political hero we’ve been looking for.

Then they are ripped down in quick time. Some personal failing inevitably emerges, or some skeleton falls from the cupboard.

We blame the declining quality of our elected representatives for this chronically sad state of affairs. Their personal strengths and characteristics have seemingly deteriorated to such an extent that politics has become an arena almost exclusively of “anti-heroes”.

When they’re not ripping off taxpayers with shonky entitlements, they’re disconnecting themselves from the real world with arcane ideological and factional fights. When they should be fixing the big problems of our age, they obsess over childish finger-pointing and three-second soundbites.

Certainly, the argument has merit. Politics has increasingly become an echo chamber where many MPs have only ever been professional politicians, or emerged from a narrow band of professions that lead to politics.

Inside this bunker, individual behaviour and values gravitate to mediocrity and group-think – the antithesis of hero qualities.

But consider this. What if JFK, with all his charisma and oratory, entered American politics now? How long before he would be tagged as a philandering creep riding into power on the coattails of his Nazi-appeasing father?

And Churchill? Would the English public and press allow the person responsible for the strategic farce of Gallipoli to become their leader in the second world war? And would Australia fight alongside him?

And what about Churchill’s “black dog”? Any sniff of mental instability in today’s political world effectively spells the end of leadership, or leadership ambitions.

Their times were far different. There were no social media or “liar” hashtags. There were much fewer “gotcha” campaigns aimed at carpet-bombing the reputation of rival politicians. There was no internet to instantly cross-reference and fact-check anything and everything a politician has ever thought, said or done.

But that is exactly the point. Today’s media and social environment no longer allows any politician – no matter how well-meaning, smart or brave he or she is 98% of the time – to be put on a pedestal for any length of time.

In this era of hyper-transparency, no potential political hero gets out of here alive.

No time or space for redemption

But heroes are more than just about reputation and credibility. In the hero’s journey, as Campbell highlighted, redemption is a central part of the story. Heroes overcome their personal flaws by acting decisively and strategically to create a better world.

But this means having the scope and time to think coherently and deeply about this future world. It means heroes having at their disposal the economic and social policy levers that they can deftly shift to deliver on their vision. It means taking control of the future by leading the rest of us bravely into a world where we otherwise would not dare to venture.

All this is basically impossible in today’s political environment. In essence, our system – and the politicians who inhabit it – is on the verge of being “de-futured” and “de-levered”.

Our political system still assumes the world around it moves in a comparatively slow way. So it shackles parliaments to drawn-out decision processes, which are meant to give our elected representatives time and scope to decide on policy action.

In the meantime, our hyper-sped 21st-century world passes it by, forcing politicians to retreat into the only sphere of action they can control, namely the short term.

Our system assumes that our elected representatives, despite their flaws, are still the prime decision-makers on policymaking. In the meantime, our hyper-expert world has turned them into comparative dunces.

It assumes that national parliaments will always be the predominant realm that decides what, in terms of policy, will have a major and ongoing impact on the citizens they represent. Yet our hyper-scaled, globalised world turns parliaments into bit players.

None of the assumptions our system depends upon to function make sense in the context of massive changes wrought by globalisation and the internet over the last two decades.

So, encased in a system that takes away the ability to act in a heroic way, would a Churchill or Roosevelt of today succeed as they did before? Or would they fail miserably? More likely the latter.

What this underscores is the urgent need to reform our current configuration of democratic politics.

There is any number of potential solutions. These include a shift to deliberative democracy, which effectively gives citizens much more direct input into policy-making. This recognises that politicians no longer have all, or even some, of the answers.

Other solutions include using collaborative, internet-based technology to promote quicker policy decisions that still allow for transparency and significant public input. They also include stronger transnational forums to address the problems of a globalised world, which no single country or parliament can tackle.

Under these proposals, political heroes may no longer come from the political class. What may emerge is a different kind of hero – the citizen-politician. They not only promote change like a Gandhi or Martin Luther King, but are also put into the driver’s seat to enact important policy and turn their vision of a brave new world into reality.

Either way, Campbell’s hero thesis should alert us to why reforming our political system is the most important challenge of our time. A system without heroes diminishes all of us. It is also a system that cannot survive.

This article was co-published with DemocracyRenewal.

Mark Triffitt, is a Lecturer, Public Policy, University of Melbourne. This article was originally published on The Conversation.

Mark worked in senior political and policy positions in Australia’s policy and public system for nearly 20 years. He was a senior political and policy advisor with the Victorian Government in the 1990s and a strategic communications executive for the corporate sector in the 2000s. Prior to these roles, he was a political journalist. His PhD, completed in 2013 at the University of Melbourne, focused on the reasons for the structural decline of Western democracy in the 21st century. He also has a Masters degree in international politics as well as a BA (Hons) in sociology. Mark has lectured at the University of Melbourne in a range of fields including political theory, public policy governance, political communication and strategic lobbying.

The barriers fell apart when I fell in love

Picnics and the art of littering