﻿ Anupam Varma Brexit will solve one problem, while turning a blind eye to the other October 31, 2019 https://www.nakedtruth.in/wp-content/uploads/2019/10/Brexit-and-the-hundred-problems.jpg 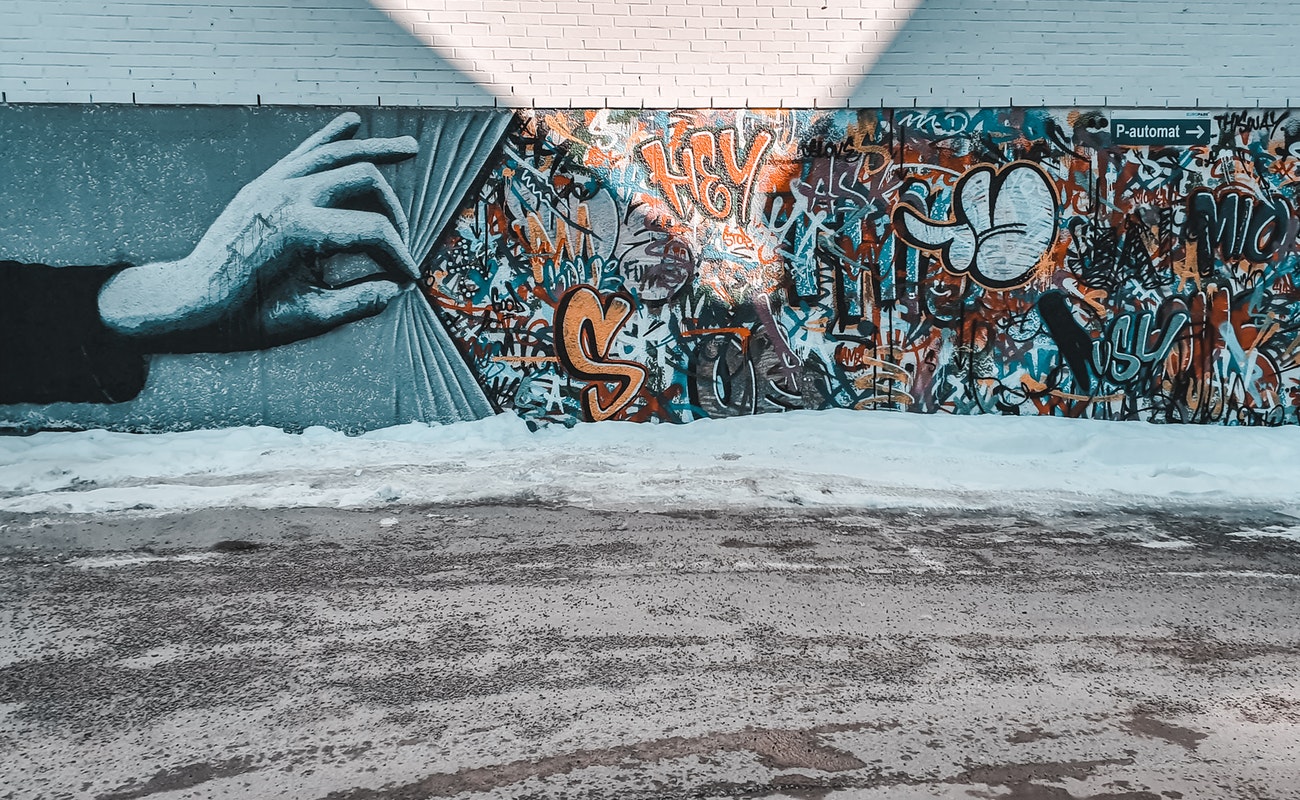 Brexit will solve one problem, while turning a blind eye to the other

We were excited when we learned that our relatives from the UK were visiting. They were travelling to India via Emirates, so Dubai was their natural stopover, as the city is the airline’s hub.

As my wife and I had dinner that evening, we remembered the wonderful time we had during our London visit (you can read about it here). The landscape, the weather, the people, the rich history, the architecture… everything about the city had left us spellbound. What we loved the most was the diversity of the city. It was much like the UAE. Both countries are home to more than 200 nationalities.

Both of us had planned to visit the UK, especially London, for a second time.

However, the image of London being the perfect city was busted soon after we received our guests at the airport.

Five minutes into the drive, and Chacha (uncle) was upset about the delays in implementing Brexit. (Fast forward to present: The EU has agreed to defer Brexit until January 31, 2020). What’s the big deal with Brexit, I asked him out of curiosity? I was eager to know what the newspapers and TV channels were not revealing. Surely, a country leaving the European Union, putting in place border controls, could not be something to look forward to, especially at a time when international travel from developing economies is booming.

Well, it’s not the same any more, Chachi (aunt) said dejectedly. While those in favour of Brexit cite several reasons, the main cause is uncontrolled immigration. When European countries, led by Germany, agreed to absorb refugees fleeing Syria and other war-torn countries in 2015-16, they did not anticipate the sheer number of people who would come knocking at their doors.

For every legitimate refugee seeking a new home, there were five waiting on another continent across the sea. It didn’t take long for these migrants to hop onto rickety boats to sail across the Mediterranean. They would sail for days before making a stop at Greece or Italy, and live in camps before they were allowed to enter the countries.

Initially, these migrants were absorbed according to the quota each country had set for itself. However, as truck after truck and boat after boat started landing at Europe’s shores, the EU soon realised that they had bitten off more than they could chew. The crisis gave rise to traffickers, who would load human beings into containers before shipping them off with the prospect of a better life. Some of them would be given fake passports just in case legitimate efforts failed. A few months later, the EU announced that it would limit the intake of refugees. However, that didn’t stop immigrants from boarding boats and crashing on their shores. Many of them lost their lives on their beaches. The image of Alan Kurdi is still fresh in everyone’s minds.

Poor Allan was among the thousands who lost their lives while trying to make it across the sea. The three-year-old’s death drew sharp criticism from across the world, urging the EU to not close their borders and give these migrants a better chance at life.

A turn of fate

However, in an attempt to give the refugees a chance of having a better future, those living in the EU are going through a tough time.

Knife attacks, gang wars, daylight robberies, pickpocketing, etc. are on the rise. Many of the thousands of refugees who now call Europe their home haven’t been given a legal resident status yet. This means they cannot work legally yet, and are living off the money of their host country, putting an unprecedented burden on the taxpayer. The education and healthcare systems of these countries are running on overdrive to serve the refugees, and they are at the same time protecting the citizens from any diseases that may have come from across the sea. With climates varying widely on both sides of the Mediterranean, the threat of Europeans suffering from ailments that refugees in the warmer climate were immune to was very real.

The overwhelming influx of refugees has resulted in a severe shortfall of a basic human need – housing. While food and clothing have been largely taken care off, government-owned real estate has fast run out. Refugees are living by the thousands in makeshift camps. Several of them, demanding basic human rights, have abandoned these camps and moved into the city. Many of them are hiding inside cars, buses and trucks to move to other countries. Their aim – UK.

The UK, though a part of EU – at least for the time being – is its separate landmass. The only two ways to reach the UK from the EU is via sea and air. For refugees, the air route is out of question. So, they get in touch with traffickers and hop onto ferries to enter the UK. Why? For one, they speak English in the UK. While Italy and Greece are the closest countries for migrants coming from Syria, they are also the least attractive. Both countries are not doing great in terms of economic growth, both have language barriers, and job opportunities are fairly limited. It’s the same with Germany. While Germany had led the EU in opening the gates to refugees, it is further up north. Moreover, German language is among the hardest to learn.

Not only does the UK have a large Asian, Arab and Muslim population, it is also the most diverse. Therefore, it is easier for refugees to get accepted into such a society. The country’s immigrant rules, too, are a bonus for immigrants. From what Chacha told me, anyone below the age of 16, who comes to the UK on his or her own, and cites threat to his life in his home country, cannot be sent back. That law, meant to protect children from abuse, is now itself being abused. People even in their early 30s are landing up on the UK’s shores, claiming to be under 16. While age is easily discernable among Asian and Caucasians, it’s harder to tell the age of some other races based only on their physical appearance.

So, why not use their official documents, you may ask? That’s because these immigrants deliberately travel without any identification papers, or they have lost them during the exercise. What about DNA or bone test, you will argue? That can’t be done either. The laws clearly state that the age of underage refugees will only be determined using non-scientific methods, so as to not create the risk of profiling. So, no blood test, bone test, hair test, nothing at all. If you cannot find any identification papers, good luck finding the truth using the traditional Q&A method. And until the age is proven, the refugee must be given all government facilities.

Just imagine, thousands of refugees, thousands of government staff being deployed to question them. Millions of people paying their taxes so that these refugees get their food, healthcare and shelter facilities, so that their children can go to school even when the parents are undocumented.

The real estate problem continues in the UK too. After a limit, the government has run out of accommodation to house these refugees. The cost for sending them back to mainland Europe is prohibitive. So there’s nothing left for the refugees except to make a tiny corner their makeshift home. As long as they are not caught doing anything illegal, the police will not touch them.

The statues of Trafalgar Square, the banks of the Thames, the Tower Bridge, the Parliament, the popular forts and palaces, are now all dotted with refugees, sitting on the streets, begging for alms.

I had during our last trip told Chachi about how we loved our train rides to Central London. Well, it’s no longer mesmerizing, Chachi said, reading my mind. Train tracks running through the rural UK are now home to refugees who do not have it in them to face the city crowd. The walls are full of graffiti, you can see bed sheets being turned into makeshift curtains, cardboard boxes are the new cupboards.

Each morning, shopkeepers on London’s busiest streets have to hire cleaners to wipe clean the pavements. Refugees sleep there at night, and leave in the morning, leaving marks of sweat, spit and sometimes urine. Once, a shopkeeper had complained to the police. The same evening, his shop was ransacked. Since then, shopkeepers have learnt to make peace. They go about their business throughout the day, knowing fully well that once the shutters are down, immigrants will roam the area.

The situation is not limited to the main London city alone. Even suburbs are suffering from the same fate. A relative’s house, situated some 40-minute train ride away in a county, was looted one evening. The folks were at work when the break-in happened. Thankfully, the neighbours raised an alarm and not much was lost.

By the time we got home with Chacha and Chachi, our image of London being the perfect city in the west was shattered beyond repair. Can we really blame the refugees? No. But we can surely blame several other countries within the Arab and Asia region who failed to open up their borders for a legitimate, orderly inflow of migrants.

The not-so-obvious issues with remote working