﻿ Ayush Garg Those who want to make some noise October 1, 2019 https://www.nakedtruth.in/wp-content/uploads/2019/10/Those-who-want-to-make-some-noise.jpg 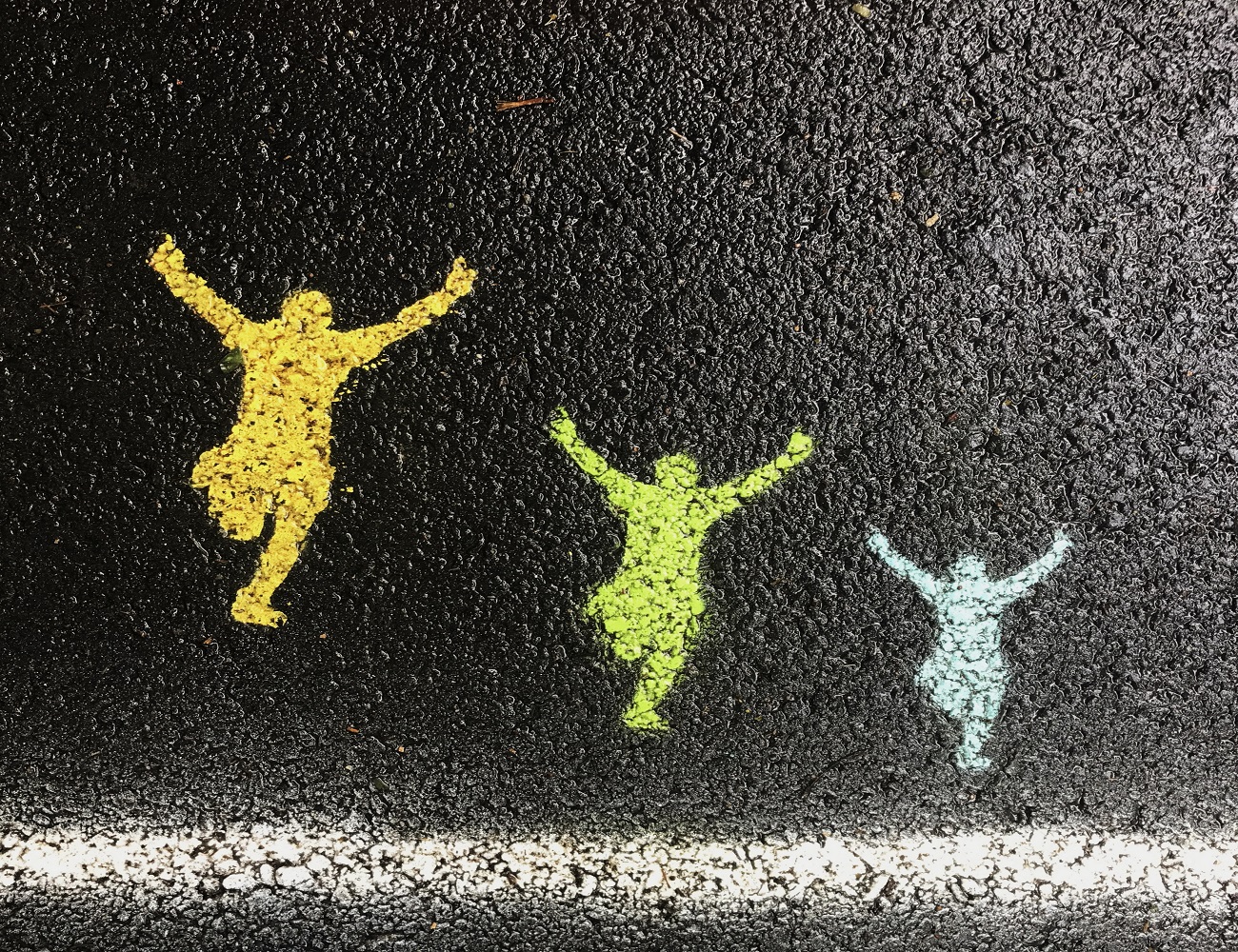 Those who want to make some noise

The stage is set. The counting of who’s who has made it to here is about to be finished in a few minutes. We have to confirm the numbers, that is important. One man appears on the stage. Suit up, well-groomed and confident. He is about to welcome the audience members and thank them, while also, thank his colleagues for making this happen. This is the beginning of an event.

The event is a success, he has already made up his mind looking at the faces of the audience. Should we say it, thousands of or hundreds of attendees? Thousands of, sounds better. Yes, go for it. Put up a tweet. Put up a Facebook post. Make a small video for YouTube too. Let’s make some noise. For those who didn’t make it and who chose to not make it. And those who did not know anything about it, they should know. This is an important event. Nobody should have missed it, the promoter commands.

This is how almost every event is rooted. Until they don’t make noise, they don’t find themselves doing something meaningful. The organiser will boast about discussions and debates. The man will show you how difference of opinions makes a democratic nation shine and how this event is supposed to do exactly that. True that is, if only it is the intent of an event.

Most events today are ridiculously boring. They don’t represent a voice, they represent an agenda. Their talk isn’t about the concerned issues, but it is about how one holds a particular opinion on the same issue. The talk is about them. Audiences clap on their hero’s words, and the argument is seen as a heroic act. The hero plays to outshine everyone else sitting alongside him while the moderator tries to find his place among the speakers and tries to ask the given set of questions. Everything is well planned to shape an image that should have mattered to one and all for this moment, and should matter from this moment.

The moderator is confused. The audience tries to network with other fellows in the meantime. The conversations don’t seem to go anywhere. The ambience is thankfully modest.

The events work on a model. Of course, to mint money off the agenda and the faces that represent the numbers. And to have credible people on the panel to do what they do best, that is, to have meaningful conversations. A member of the audience wakes up and thinks about the authenticity of the panelists. But his only concern, for now, is to get a selfie.

The problem was seen coming. When you have different people coming from different backgrounds, having different opinions that you don’t agree with, the stage is set to be on fire of arguments. That’s where the engagement begins and moderation is likely to happen, but when all the people have different arguments as they claim to have so, still there to represent one theory that, they think, can’t be questioned, the problems then become countless.

I have lived in hostel during my engineering. With a roommate and alone as well. There was a newly formed group from our batch in the hostel from another block of the same floor. The guys who were above-average in studies, trying to find their place among other groups in the hostel in the first two years of engineering, decided to form their own group.

These guys weren’t backbenchers, they chased marks, rarely gotten a back in any semester, and weren’t known in the popular groups of the college. They pestered seniors, always up for compromise or chose to stay silent on any issue, and even didn’t join their colleagues to take an introduction of juniors because they were scared. They used to inform the hostel warden about others and happenings around, and couldn’t be trusted at all.

Now, these guys had joined a gym in the sports complex of the college, their way of walking started to change, their tones were becoming brash as well, they were now a group of 8-10 guys, and they wanted to make their presence felt everywhere. Just that they underestimated others, thinking they are now ten people strong.

One day the news came in to the rooms, that some guys have come drunk and they are caught. And are now in the warden office. Everybody thought the obvious names, but no, turned out it was the ten-people-strong group. The dinner time was 8-9:30 PM. At that time, one by one, they were coming out of the office, with dull faces, and they were being warned strictly.

Whosoever asked them about what happened, they had no response. They chose to stay silent on the matter. When one of them was asked, how many drinks did you guys have? The answer came 2 bottles of beers. Immediately, the next question, 2 for 10 people strong group? The face turned furious, and he moved away.

When they passed out of the college, and of course, left the hostel, their image was nothing but far worse than it was before. They were even name-called by juniors, from whom they wanted to be referred as “sir”. Their leader once tried to make it clear to a group of juniors that they have to refer them as sir and have to wish them whenever they cross each other. They got abuses in return that others had to intervene to silent the issue for the matter of respect, of which they cared little.

The problem was they wanted to copy others. They reached the conclusion that the spine lies in having a group. And once the group is formed, they can pick any fight, and people will approach them. Nothing happened as they wished to, rather they met with more and more embarrassment.

They forgot that the spine lies in authenticity. If you are genuine and people find you trustworthy, you will make it. You and your word will be considered, even if not respected. But you can’t buy authenticity, nor you can copy it. You have to have it. Juniors and seniors will come with you, along with your fellows.

They weren’t aware of that once the same power is used against a powerful, they will start hating the power. They conveniently ignored the powerfuls. They didn’t want to move together with others, they didn’t want to stay apart, but they wanted to be followed. And they failed in their mission miserably.

The group wanted to change the nature of laws, and wanted to turn them in their favour. But the laws were same for every junior, senior, fellow and group. They tried to recognise the patterns, but they didn’t try to decode the laws. The takeaways were in the laws.

The stage was set then. The stage is set every now and then. Only the faces change. Those faces forget what they can actually boast about. Instead, they go on reflecting a parody version of those whom they are envious of. The group is told to put out the agenda in the public domain in a way that everyone appears smarter than the rest of the crowd. That the new nonconformists are ready to enter the society to claim their position, and that they are the most valuable. The only ones.

Nobody dares to tell them within the group that it’s just a mere illusion. This will bring more embarrassment than ever, and where they stand today isn’t any rank but their self-created positions that matter to none.

Still, they will have their own people by their side, and among their own, they will be celebrated. When they come out of the bubble, they won’t accept reality. Rather they will use all their forces to manipulate the reality as a bubble. Interestingly, they will complain the most.

And the reality has surprises, like every time. Soni, a movie on Netflix, tells a story about two women. One holds the position of power, and other, assists her. The other one is Soni. She struggles to make her voice heard yet never gives up, she takes a stand on moral grounds, questions the system, and shares her emotions with her officer. The officer empathizes with her and supports her to get through the troubling times. The officer ends up challenging the status quo for her, even when the system is more than ten-people-strong. And Soni, while suspended, finds her voice in hers.

Soni doesn’t look for a group. She thrives on calmness, perseverance and authenticity. That losers seem to forget. Who form groups that speak their mind only to feel celebrated for gaming the system.

Every time they fail, they don’t see the problems among themselves, instead they look for the problems around those they are setting their stage against for. A member seated among the audience won’t be able to locate her voice in theirs. But everyone who belongs to their group will celebrate them as rebels.

In an article in The Hindu, titled as “Comedy that lacks a punch”, Sanjay Rajoura writes about the majority of Indian comics — “By not reading enough and challenging the status quo, they risk becoming a mirror of society rather than showing the mirror to society.”

The stage is set. But joining a gym won’t help.

Accidentally yours. When I was never a pet person