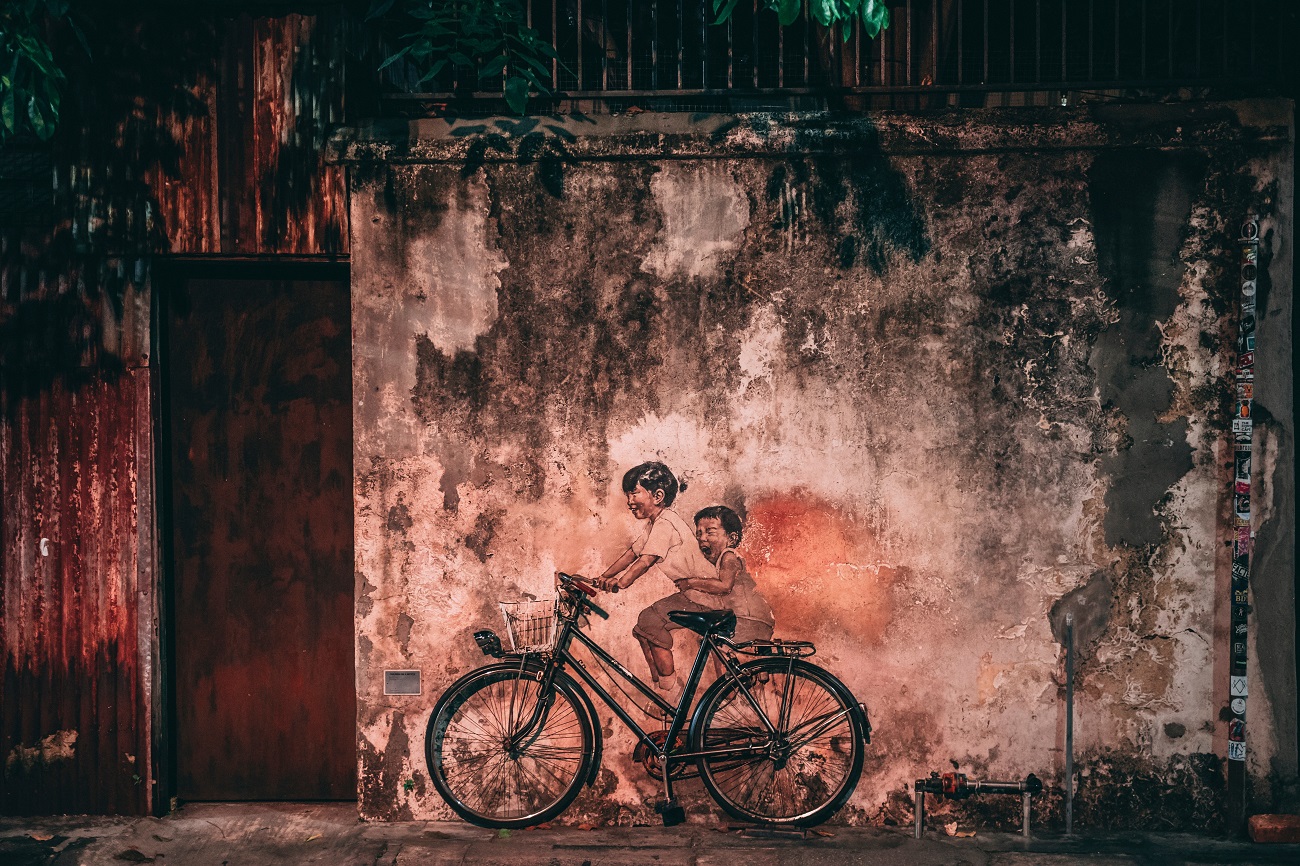 The streets that turned silent

The streets are remembered, and glorified and mocked for countless reasons. Everyone has their share of one, two…to ‘n’ number of reasons. People get nostalgic about streets; people remember them, some glorify, some curse, still, they remember.

We, all, have memories attached to those streets, regardless of how our memories may differ with each other’s, they possess that silent chord that when it is touched, it brings out a wave of emotions. While everybody cherishes memories, some are destroyed as well. Streets change, memories don’t. Streets have some meaning to each life lived and survived.

I remember that chaiwala, I used to call him Guruji, who had a small shack outside the college, near the highway, who found his pride in the tea he used to sell. A few cups of chai (tea) shared over countless conversations about experiences, everyday happenings and everyday hardships, accompanied by a few college colleagues. This was an everyday routine, even if I didn’t want to have chai, Guruji used to compel me to have at least a cup, a few minutes later, I was having it. Those conversations still cross the mind, that blurry image of his shack stayed with me and that smile on his face, when someone used to call him “Guruji” in a hushed tone. That man was respected, and his shack was a relief to many like me.

It wasn’t just a shack that sold tea and biscuits and sometimes, Maggi, rather it was a shelter where many like me used to sit and lie for hours introspecting the present, and thinking about the future and the day when we all will leave from here and go to a new place. That day came, I cleared all the dues, paid my respects, and said ‘namaste’ to him. When I walked a few steps away from there carrying my bag, he hurriedly insisted, “aate rehna” (keep visiting).

He had put all his strength to make his voice reach my ears. That reached my senses.

A few years later, a college friend visited him, and called me. “Speak to Guruji,” he immediately said just when I picked the phone. That moment took me years back to the streets where I wasn’t there then, and the synergies were still recalling. I missed that very chai that day.

I visited him one fine day, but the times now had changed. Our conversations weren’t. He was now selling more stuff, was busier than ever, and looked older to me. The bank opened near his shop was now getting him visitors and bank employees as his regular customers apart from the college students. “Students have become crazier than ever, they are forgetting etiquettes, they barely know the meaning of respect and gratitude,” he said without taking a pause. I heard him silently.

Something was burning him from inside that he wanted to vent out. He took a long breath; said, “ye rahi aapki chai” (here’s your tea).

Kuch kam ki aapne? (Are you now smoking fewer than before?) Yes, I plan to quit the habit soon. Very soon. Trying. The number has come down to 4-5. (I rarely have them now, for once in a week or a month, and sometimes, when I meet with nothingness.)

“I have stopped selling tea on credit, many have run away without settling their accounts, but thankfully, this bank has opened. Every two hours, someone from the staff takes away 8-10 cups of tea at a time, and they are very transparent with settling dues,” he continued telling me.

“Padhe-likhe anpad hain aajkal. Kya baat karte ho aap,” I responded as I was reading his face. (The literates act like illiterates nowadays. What to say anymore!)

I then asked him to brew one more tea while checking around all that’s changed over the years. “Chai is still the same, and I still remember how you wanted it to be,” he remarked. I laughed, shared a few more words with him, and left exchanging smiles. “Aate rehna,” he ended again on the same note.

There was no beating around the bush. Everything was plain, simple and lively.

The friend who was accompanying me during that time was the same who made us talk over the call that day. As I was walking away, the friend remained silent, while I was flooded with the memories in my mind. The sensations from streets have remained the same all this time, the air was as refreshing as ever, everything seemed warm. Next moment, I wasn’t there. Since then, I haven’t been there.

Back in the times, that shack became an escape route for me, for all the missings and cravings. The place with which I had shared love, anger, disappointments, failures, small wins, and happiness. It had tenderness, a beauty of its own. It had known me well, used to talk to me while I was finding peace with tea and counting wrinkles on the old man’s face. Over time, the streets and I became friends, the friendship only we two were aware of, and Guruji was the sole medium.

I embraced streets, and it accepted me as my presence had grown there over time. Now, it follows me wherever I go offering comforting memories. And sometimes, having a terrific memory could be a curse too. The memory that consumes you when you aren’t even ready for it. That becomes a task in itself.

Those streets have taken a permanent seat in the mind, that keep shooting stories to recall the times when the chai was a luxury. Only at that place where the Guruji was.

The connection of one with the streets is undying. It bears silence. It bears patience. It is loud. It is soft. It is heard, and well, unheard. It grows on mind over time, bit by bit, slowly but surely. The warmth and solitude those streets had to offer, that we crave every now and then, is nowhere to be found, but just on those streets.

Going back to the streets relive our good old days as we fix the present and work for the future. Everything is almost the same, still, the streets of today don’t resemble the streets of those days. Those were the days. Something is amiss. Many things appear missing. At some point, we have to accept that societies have evolved, humans have, and so have the streets. Streets are silent today. Streets have always been silent. But this silence is different.

The street watches everyone, and is a witness to everyone. The stupid, the lover, the broken, the aggressive, the abusive, the kind, the struggler, the successful, the whistle-blower, the liar, the criminal, and the one who doesn’t give a damn about streets. Every single one. Streets know one day they will all return to it somewhere else in the world, if not the same streets where they had grown or where they had had innumerable conversations, to find themselves, to realise, to apologise, and to accept. The silence is much appreciated.

Streets are writing stories today as much as they were writing yesterday. You might have missed something the other day, the streets haven’t. Streets have seen it all, yet streets won’t indulge in distracting you from your focus. Streets keep an eye on you, and sooner or later, will hint you when they find you out of your way. You take it or trash it, streets will stand unaffected, still, will give another try.

Streets know that humans will disappoint them at some point, still, it remembers that face of yours that was full of innocence yet smart. The innocence that we had is now long lost for streets. We’ve engaged ourselves in the activities that streets had never thought of. The parks around the streets witness old and young people doing yoga, and laughing too hard and loud for that very moment to assure themselves that they are happy. Streets appear perplexed. After all, happiness is a byproduct. Streets still let it go. Streets consume us as we consume emotions.

The early morning bike rides leave you with a glimpse of the silent streets, speaking with you. The two of you observing and reflecting each other, you and the streets you are rushing in.

You don’t sleep the whole night, and when you don’t feel right stuck inside the home at some point, you get on to your bike early morning and go around the streets alone. There’s no headphone in ears, but there’s some music that starts to play within. When you rush, you develop an urge to hear the silence. And streets are at their job, working with you. They stay independent bereft of societal norms and pressure.

As you move, you look around, you check around; homes appear dull and CCTV stuck on the walls don’t, the sun hasn’t come out of the darkness yet, the chirps of birds, the horns those trucks honk, the joggers sweating along the roadside, and the fresh air strikes your face as you accelerate. The urge to understand the meaning of what these streets are trying to tell, takes us back to the streets every time.

They are watching us. We are watching them. We are asking questions to ourselves, looking for answers from the streets.

Things have dramatically changed so much. A kid who used to be outside every day to play gully cricket with many other kids has now become an adult who now only comes out once in the morning to head to the office, and later, makes his appearance late in the evening to hide inside the four walls of home. The urge that we had is dying, streets haven’t died, and they have only adapted us with time. Streets still have stories to tell. The only difference is now the stories have a different meaning, and we will not be there to hear those. But a kid who’s now onto the streets feeling pride in his new bat while searching another kid to play with, will hear one day.

Streets aren’t yet disappointed. They have learned to accept. They have accepted to move on. But streets miss those gully cricket days, rather bear the grunt of fibre cables which have taken away the gully cricket with them. The kid is still looking for another one.

Is self-love the real deal or an Instagram millennial trend?