﻿ Ayush Garg Facebook and WhatsApp, and giving up on both November 14, 2018 https://www.nakedtruth.in/wp-content/uploads/2018/11/Facebook-and-WhatsApp-and-giving-up-on-both.jpg 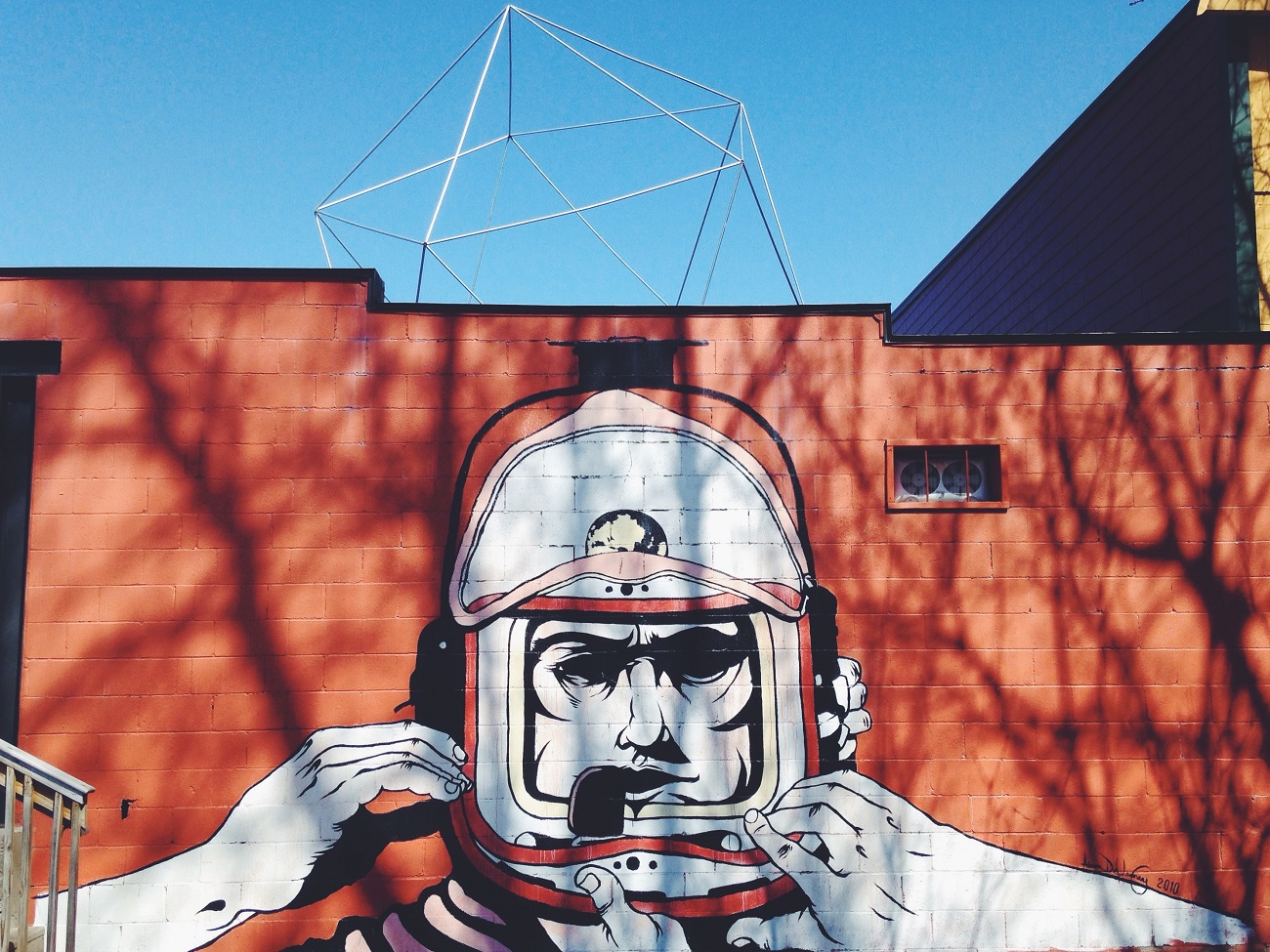 I check Facebook settings on my laptop screen while taking back-up of WhatsApp data on my phone one night in June this year. I decided a few months back before this night that I will be leaving both, Facebook and WhatsApp, for a number of reasons. And thereafter settling down with Facebook settings and backing up WhatsApp data, and making no mistake, I deactivated the Facebook account and deleted WhatsApp. And didn’t look back since then.

I had no idea at that moment how things will change for me, but I had this intuition somehow that it will. I was out of many groups on WhatsApp just when my account became inactive, and Facebook was dumped.

Wherever I exist on social media platforms, I keep a check on my average time spent on day basis, and weekly. Facebook was eating my time, a lot of time, and in return, I was only becoming a mess of me.

That was a calling for the moment, it was only a matter of the time.

One night, I was prepared to finish off some tasks related to work, and in mid of it, I opened up Facebook. I scrolled the feed and stumbled upon a video shared by my so called friend whom it’s been years I have met with and even spoken to, but the guy was my friend, so to say, Facebook friend. The video was disturbing, and I watched it. It was regressive, demeaning and polarising.

I got irked and too many thoughts shot inside my head at that very moment, questioning myself why did I watch it in first place. I didn’t do any work that night, rather started looking for ways to get rid of those disturbing thoughts. Until I slept.

Next morning when I woke up, those thoughts were nowhere close to my mind, but the tasks got into my pending list. I was disappointed, least to say, later I finished them off, and decided I’m never going on Facebook anytime in between when my priorities are very different. That was a calling for the moment, it was only a matter of the time.

Over time, Facebook has evolved in many ways, and so, are the users. As I see it today, Facebook is everything but nowhere close to what it actually meant to be.

For instance, people use it to get validation on everything, from sharing a screenshot of an Email of getting invited to an event to boasting a picture of meeting a public figure whom they know have met for 20 seconds, for securing that one shot for which they ask for likes and comments, at the end, perhaps, to have a feeling that they are doing something right in their life, if nothing, they are becoming big and better in their circle. Or at least, to pamper that feeling that people care about them to the level that they should be counted.

You may have feelings for anything and everything, but do they have for you, is the question that remains unanswered.

People don’t want to hear the answers. They only like to ask questions.

People post and share on Facebook what relates to them. So, this guy, whom I unfriended after bearing his posts for some time, became so regressive being an engineer from a prestigious university, that he started sharing fake news and abuses so frequently, that he only saw the world through his own lens, to me, it was a trap, I didn’t want to be part of it, I unfriended. I thought the problem was solved.

But, the problem only began. There were hundreds of such people. So I started deleting them one by one once I encountered any hate post of any sort. It was a loop of anguish that seemed to never end. I was now only getting curious (read anxious).

I, then one day, got engaged in one post, two minutes later, it all boiled down to trolling, I immediately left from there, but the comments didn’t stop shouting at me until the next day. It seemed like everybody wanted to have their two minutes of wit at play, which wasn’t wit at all neither it had any kind of knowledge attached to it but plain BS, and it ended up becoming such a vicious circle that everyone there was a part of it including me. I stopped engaging.

That wasn’t solving any problem either.

Facebook is a tool that keeps your emotions at play all the time. You feel impulsive. You get angry. You feel happy. You share the bonds. You talk. You network. You learn. You stay updated. Almost everything you do out of your real actions is on Facebook.

I asked a friend long time back, what’s his first source of getting news and staying updated? Facebook, he told me. You seriously need to change your priorities, I responded. He wasn’t sure about to what I meant, his facial expressions reflected. I had this feeling that people trust Facebook as a reliable source knowing the very fact that what all is there is mostly user-generated, that friend only validated it.

It takes a minute to change the scenario (viral is the keyword) and your mind with what a user, who happens to be your friend, decides to share that straight comes up on your feed, and you never know which emotion will be at play until you see it.

How can someone give the power of his or her emotions to one mere post, I questioned myself. How can a post decide that will you be working tonight or getting rid of the thoughts that a post successfully launched in your head? But there you go, you consume on the Facebook, that you can’t take it with a pinch of salt every time only to feel “you’re okay” (you are not), knowing from the inside, the damage is done.

I told you, Facebook was a mess, it is. So, have I left. And I feel fine, it’s just I now don’t know about what profile picture my friend is putting up, or where my friend is headed for his next vacation, or who’s getting married to which I’m not invited yet again. Or who’s that next dear friend who had to be deleted from my list. I feel carefree, and my emotions are in place.

I’ve buried a distraction unless I get back to it someday to check if everything’s alright there, and to ask myself, has anything got better? And to figure out, is there a way to use it which really makes sense if not adding any value to my 10-minute-usage a day?

Yes, that became my average time spent on Facebook over time before I called it a quit. This little I cared about Facebook. That has come down to zero.

WhatsApp is as good as a tea at Starbucks

I entered Starbucks, and thinking of trying something new, I ordered their newly launched tea. I regretted ordering it every time I had a sip, I thought they were only getting worse with their coffees. The same feeling applies to the green icon, mostly found on everyone’s home screen, one tap and bling, WhatsApp.

If ever a list of best distractions made, I would definitely bet on WhatsApp that it tops the list. It’s that bad. WhatsApp wasn’t just eating the time, but it was rather killing my relationships with people with frequent forwarded messages. Same boring messages sent with a pretence, that look I’m so social and so caring, that you have to reply to me at least with a thumbs up.

Man, how can you say, that it does not really matter.

Then comes futile chats that have no meaning but were done only to maintain relationships. If it were two, three or say five at max, the show can go on, but then, every day when there is a new chat, or some old friend asking why you didn’t reply to his message, you have no option left, but to say, sorry. Because, man, how can you say, that it doesn’t really matter. I can’t, so I said sorry, and asked, yes, tell me, and then, I met with another disappointment from the response, nothing but just dropped you a message (with tens of forwarded messages). How can the show go on?

Groups are beauty. I’m kidding. You leave the group, you are labelled as a narcissist. You mute the group, you are asked why aren’t you active in the group. You stay silent but check the messages once in a while, you are made feel that you are trying to play smart. So, for once and all, I ask how to not be a part of group?

There’s one way though, kill relationships with your friends and everyone else. Now, what if I tell you there are tens of groups, and more than 50 connections who send forwarded messages without thinking for a second? Call me names or what, I started muting people and groups. How long can this go on?

And then, I got into troubles. In mid of hundreds of forwarded so-hot-so-cool-too-witty jokes, there were messages that were important that I didn’t get to know about, because the conversations were muted. And I realised, I called the mess on my own.

The other part of it is the realisation that I was investing time in managing all the mess, for no reason at all. I took time, and reduced my average time spent on it, considering only those few who truly matter. Nevertheless, distractions stayed.

Over time, I lost interest that was already left in bits, knowing that the business accounts team is most active on WhatsApp that even when I have to have a call, I just need to drop them a message and they would call me next minute. But then again, I thought this will be managed somehow, and mails were always there. I lost interest in such a way that when I decided to delete the WhatsApp, the only concern that came to my mind was of accounts team.

Today, I manage the accounts stuff solely and wholly through mails and calls, earlier I used to call on their business numbers, now, I have their personal numbers as well to call on in case of any urgent issue. That’s what has changed.

They asked me to join WhatsApp from some other number as it’s easy and quick, and I told them, that’s not happening anytime soon. And I’m not sure if it will happen. They laughed, and things are going as smooth as they used to be.

Since then, never have I missed WhatsApp for a minute, never felt a need of it in any way, but this Diwali, I did miss the notifications that use to pop up on mobile screen once you turn on the internet on the festival morning.

I received very few wishes this time, all good, the messages that I didn’t receive, perhaps, were never actually mattered, but were just a part of the process. The show must go on!