﻿ Ayush Garg Facebook for Dating is a good idea, if only it really is May 9, 2018 https://www.nakedtruth.in/wp-content/uploads/2018/05/Facebook-for-Dating-is-a-good-idea-if-only-it-really-is.jpeg 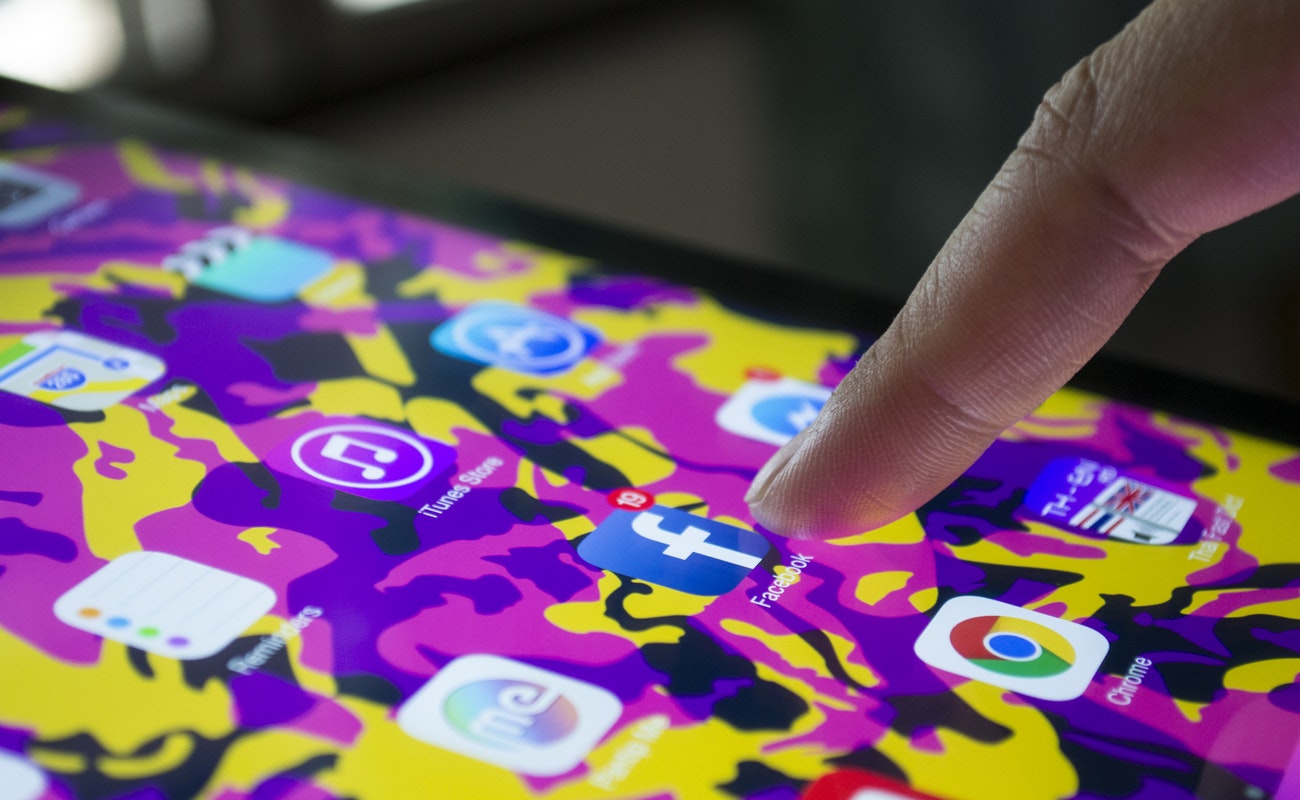 Facebook for Dating is a good idea, if only it really is

Zuckerberg is ambitious. Zuckerberg is visionary. There’s no doubt about that. Zuckerberg wants to do a lot. He already did a lot with Facebook. What it was years ago and what it today is are two completely different scenarios.

It is just what everything he does, say his company does, isn’t necessarily that he’s in each and every meeting regarding it. Like you shouldn’t expect that he knows about everything what his company is doing. It’s just the way things are.

Zuckerberg seems confused. Zuckerberg seems to push things further knowing that the roots are calling for a spin but he, perhaps, wants to run away to build something afresh. Least to say, he’s doing something. He still remains visionary and ambitious.

Zuck now has a wish for people to find their significant other through Facebook. Zuck wants you to have long-lasting relationships. By now, you must be bombarded with too many headlines that he is set to launch Facebook for Dating feature. At glance, it looks like a good idea.

“This is going to be for building real, long-term relationships — not just for hookups,” said Zuckerberg during the F8 conference.

Facebook is a data machine. The number of users at any point in time on Facebook is massive. And a dating feature sounds a great opportunity to tap on. Indeed, very interesting. If only it really is. It only sounds great and it only seems interesting, in case of Facebook. It is not.

Socrates was quoted, “Intelligent individuals learn from everything and everyone; average people, from their experiences. The stupid already have all the answers.”

Facebook for Dating is another answer to connecting people from Zuckerberg and his company, Facebook. He might have forgotten that Dating on Facebook is after all Facebook first. Where friends, family, relatives, enemies exist, and not everyone is a Facebook friend. Enemies are obviously not, for some or many, add relatives to it as well.

Zuckerberg seems liking to ignore bad things. Optimism drives the future. And the problems remain at the other end, better known as user’s end. For finding solutions to your problems, AI will help you out. Or FAQs. Or Reddit. Or Quora. Or maybe customer support team if it has any idea, although chances are low. Or you can just Google it. Keep finding solutions, once you get one, tell Zuckerberg.

There are 200 million people on Facebook who list themselves as single, said Zuckerberg. And if we are committed to building meaningful relationships, then this is perhaps the most meaningful of all, he added.

Facebook for Dating feature is a great joke at a great timing when the company is surrounded by data privacy concerns and its CEO is finding answers to what all company is dealing with. He recently wrote in a Facebook post, “one thing I learned from my experience testifying in Congress is that I didn’t have clear enough answers to some of the questions about data. We’re working to make sure these controls are clear, and we will have more to come soon.”

People who own their mistakes need to be appreciated. Not only because very few do that but because they own it. They know their responsibilities. And they know they are at the high end for decision making. So, they need to ponder as well. Zuckerberg seems to have all of that but guess, it only “seems”. This, in fact, is the problem.

The play is it has a feature that differentiates it from all of its rivals. There are too many rivals. Tinder, Bumble, Hinge, Happn, OKCupid, TrulyMadly and the list goes on. Zuckerberg wants users to date by connecting them based on events. Allowing users to unlock an event and get access to all other users who are using the dating service who have “unlocked” it. None of them will be your friends but are planning to go to the event.

You then know, who all [other people] are joining the event as well as who you might be interested in meeting and you might end up dating them as well. If at all, nothing happens, you at least know one is single and going to the event. You know, it is much more than complex.

“It mirrors the way people actually date, which is usually at events and institutions that they’re connected to,” said chief product officer Chris Cox.

Still, there’s no hint about how you would be able to select the profiles and how the profiles will be seen, would it be at the sole discretion, or just plain nothing. But it already seems more like a game than dating. A game which might put Zuckerberg in trouble. After all, people you are going to date are “strangers” in first place!

“Our executive team has already reached out to Facebook to explore ways to collaborate. Perhaps Bumble and Facebook can join forces to make the connecting space even more safe and empowering,” a spokesperson for Bumble Canada told Global News.

And it just doesn’t end here.

So you have relatives on Facebook. Read again. So you have relatives on Facebook who are added to your friend list, and many are not. A few might be blocked as well. Everyone has their lot of excuses and hidden truths. And when you get into dating feature and your relatives too, luckily, you, both, will be able to learn more about each other. Because they are not on your friend list. Amazing.

Probably, the defence could be that before you get on to using the dating feature, make sure you add every single one to your friend list. So more than your relatives, you have a chill.

“We have designed this with privacy and safety in mind from the beginning,” Zuckerberg said during the F8 conference. “Your friends aren’t going to see your profile, and you’re only going to be suggested to people who are not your friends.”

And the problem remains with ‘who are not your friends’. Enemies would have fun though. And you might also be enemy to some. So, you would have fun too. Everybody will have fun. That’s a problem, not a joke.

Zuckerberg wants to restore confidence in the Facebook users. Like he plans to add subscription layer to Facebook, like really. At the same time, he, perhaps, wants to distract many from the real issues. Some won’t. Back to where the story began, Zuckerberg has to answer a lot and do a lot before he actually begins celebrating the launch of Dating feature and telling us the numbers which is going to happen in near future.

The big circle of thought remains data privacy. Zuckerberg has stated, “the firm is building a new Clear History tool to provide members with more control over how their information is used.” And the irony is, on dating feature, you will be matched based on algorithms using all the data you provide. The question remains will it remain secured?

Chances are with dating feature, there will be more and more data that Facebook will be able to fetch. It might even get to know your preferences in a much better way than it knows today.

“We’re surprised at the timing given the amount of personal and sensitive data that comes with this territory,” Mandy Ginsberg said in a statement, whose company owns Match.com, Tinder, OKCupid, and Plenty of Fish.

“The social media giant’s move could help de-stigmatise the online dating scene,” she has also said.

Online dating space is, without any doubt, a big opportunity to tap. When you already have loads of data, it gets bigger. It breaks social barriers, and there are number of players in the space. But before you resolve the issues, you cannot give it a go. And when you’re already facing too many troubles that make big news every now and then, you just can’t.

It’s the age of data. There’s no scope of committing errs time and again. And you can’t distract people introducing another feature and get away with all the troubles underlying and questions left unanswered.

“We are surprised by the timing Facebook has chosen to announce its new ambition to enter the dating space given the controversy that has recently surrounded the company, and the fact that what is related to dating and an interpersonal relationship is strictly intimate and private,” said in a statement the dating app ‘happn’ released.

So well, whether relationship will be meaningful or not, for which his idea is all about, time will tell, will Dating feature on Facebook make any sense for real is a thought to consider. Many times.

Anxiety is Never Really the ‘Thing’

Everyday distractions that divert us every day