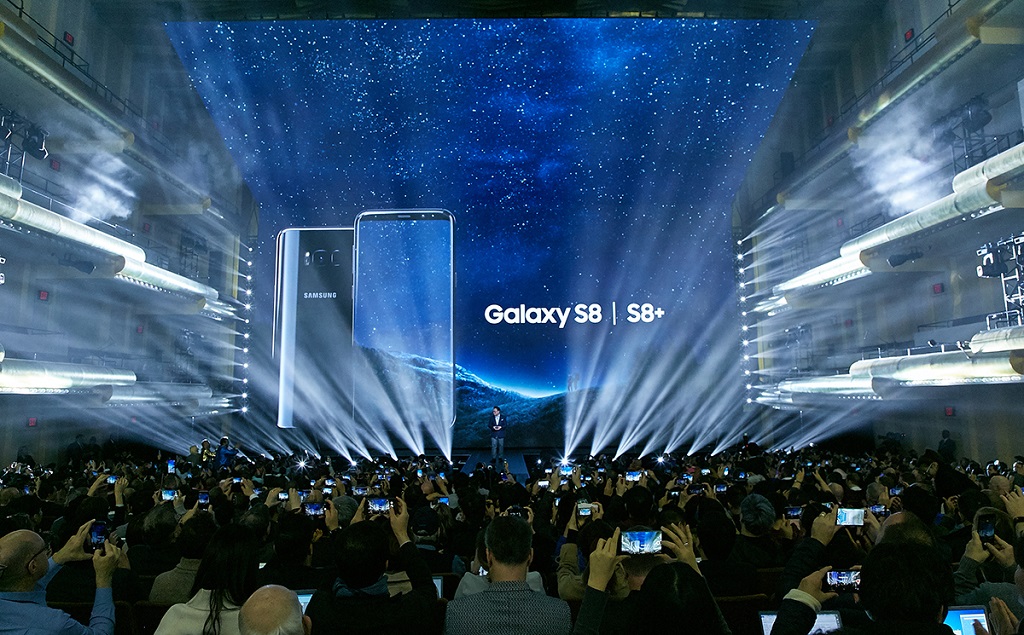 Just like you would expect with any flagship device, the internet was flooded with spy images and spec leaks of the Samsung Galaxy S8. It isn’t a new thing. However, times have changed now. We (and by that I mean you too) have stopped fixating over hardware and have started to take a closer look at software. We have reached a point where the advantages in terms of hardware with every new generation of devices aren’t many. The same can’t be said about software though.

It has now become a fight for getting user into the ecosystem.

Samsung has almost always been on top when it comes to hardware and the software has been reasonably good too. While we have some loathing for the TouchWiz comedy they used to do earlier, they have been doing a pretty neat job for a while. The Note devices have had some explosive (pun intended) software features adding value to the large display size. But that isn’t enough, is it?

It has now become a fight for getting user into the ecosystem. Samsung introduced Bixby with the new Galaxy S8 and we all know that it is clearly targeted at Siri and more importantly, an existing Android feature, Google Assistant. Then there is Samsung Pay which goes head on against Apple Pay and Android Pay (okay, Samsung Pay is actually better).

It doesn’t end here. Google is working towards creating its own VR ecosystem. Samsung very conveniently ignores it and has got its own Gear VR. For almost everything Samsung has, there is a Google software counterpart available and in most cases, more widely accepted. Google also has the advantage of multiple platforms. You use the same Gmail on desktop as you do on your phone. Same with Google Keep. Same with Google Drive. Samsung has to sail against the wind here.

Right now, Samsung is desperately trying to push its ecosystem but Google is more powerful.

Samsung truly has trumped Google when it comes to hardware but the same can’t be said about software. Right now, Samsung is desperately trying to push its ecosystem but Google is more powerful. It has got massive data to leverage from across its array of services. Samsung has previously burned its hands with S-Voice and we hope something like that doesn’t happen with Bixby.

However, right now, things don’t appear to be changing radically in future. Google Assistant is already doing a lot more than what Bixby promises. Right from improving commute to tracking parcels, the list is endless.

Google knows how to leverage data to maximise value, as is the case with Android Auto, which is a masterstroke for sharing economy.

How Building Relationships with Peers Benefits a Brand