﻿ Team TNT The Crash of Uber’s Self-Driving Car is a Reminder Why We Need Them March 27, 2017 https://www.nakedtruth.in/wp-content/uploads/2017/03/Uber-Crash.jpg 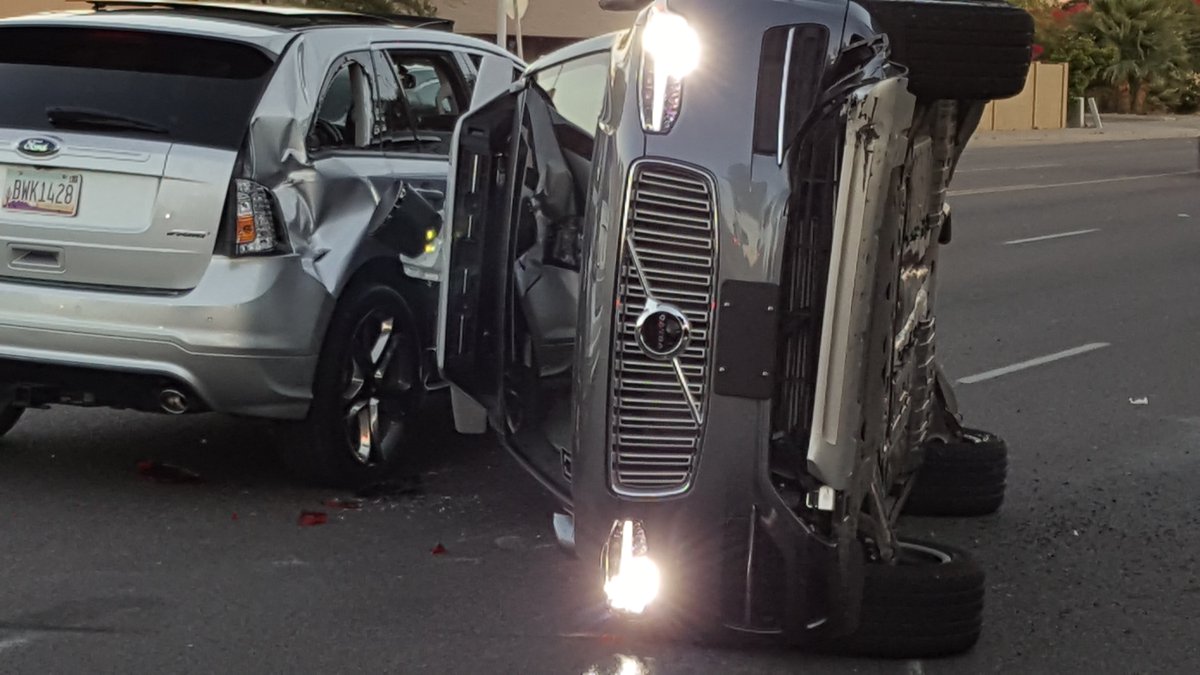 We suck big time at driving. As cars get easier to drive and our devices get more distracting (and grow in number), we will continue to make a mess of the roads. Since yesterday, the internet has been flooded with news of a self-driving Uber involved in a high-speed crash. The Volvo XC90 was driving itself when it crashed and ended up on its side. It wasn’t carrying any backseat passengers but there were two engineers riding in front when the crash happened.

Now there have been a lot of questions raised about Uber’s self-driving car project and the technology behind it but that isn’t the discussion topic here. A crash of the self-driving would have been bad news (it still is) but according to a Bloomberg report, Arizona police says that the Uber had right of way and the other car was at fault. This further highlights why we need to reach the point where urban transportation is taken care of by self-driving vehicles. We humans are careless, easily distracted and many a time, opportunist.

BREAKING: Self-driving Uber vehicle on it’s side after a collision in Tempe, AZ.

If the crash was in California, Uber would have had to file a detailed report of the incident but that is not the case in Arizona. Arizona is less demanding when it comes to laws to get more companies to test their vehicles.

There could be an argument that even when the other car’s driver was at fault, there was a possibility that a driver behind the wheel could have saved it. It is quite possible. We can react in surprising ways when panic strikes. But driverless cars aren’t about skill. They are not trying to take place of race drivers (actually they are but that is left for another story). Instead, they are about consistency. They won’t try to jump lights when they can. Nor will they get in all road rage mode.

Google releases logs of its self-driving car every month. Every month, their cars cover over 200,000 kilometres in total, more than what an average driver would cover in 10 years. Each monthly report details out all the minor and major incidents and on almost all the occasions, the situation is created by the human fault. Rear ended by a distracted driver, driver ahead rolled back, someone misjudged a corner and these were all caused by human drivers.

While we don’t know much about how Uber is doing, Google’s car is clearly doing better than an average driver. Another car and many of the incidents Google lists would have clearly gone unnoticed. This incident with Uber’s car shouldn’t be a deterrent but a reminder. We need these cars, we need them for a safer future.

And then, there are some really very not-so-obvious issues with driverless cars which shouldn’t go unnoticed.

Recognition has a Hugely Positive Impact on Employee Engagement