﻿ Ayush Garg Why Not Truecaller When WhatsApp Can February 24, 2017 https://www.nakedtruth.in/wp-content/uploads/2017/02/WhatsApp-Status.jpg 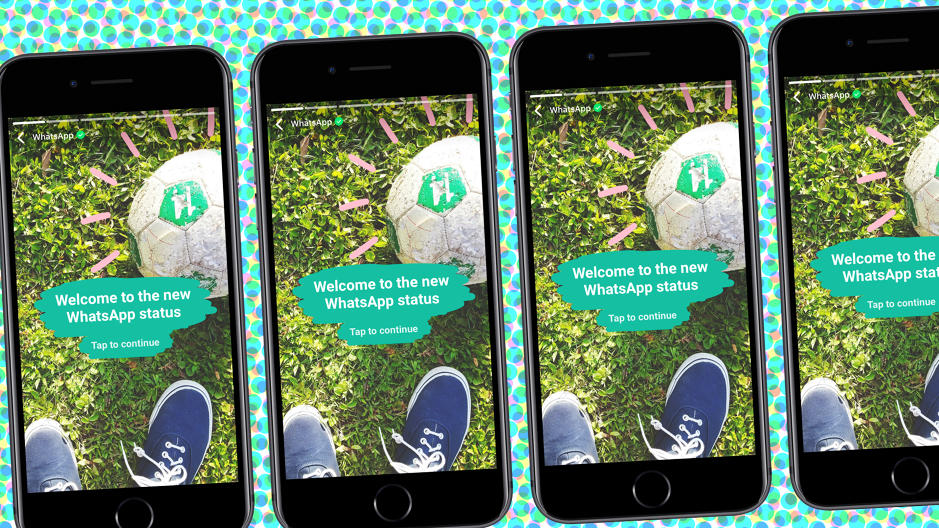 Until recently, I’ve known WhatsApp for all the good reasons (and some bad) that how it keeps me connected with my circle anytime like if I need to ask something at 3:00 AM, WhatsApp is a hot deal. Of course, you aren’t going to call or tweet them at that point of time, or in that case, tag them in a Facebook status.

But then with its latest update that tells me WhatsApp is the new Snapchat, WhatsApp has started irking me a lot. A lot. There is a thing called USP, my business enthusiast friends will surely understand what I’m talking about, but what I don’t understand is why they have done that in first place, and letting USP fall in prey is another.

I am completely clear with the so-called “competition” that Snapchat is eating Mr Zuckerberg every now and then, Snapchat filing for IPO is surely putting his staff members on diet, but then again, what all that Instagram Stories feature for? Also, does it also mean that Insta Stories feature is strictly oriented to Brands?

Basically, Zuck wants either user uses Facebook or Instagram, or WhatsApp but surely not Snapchat in any case. I might sound naive here, but tell me, just to shift users (who all are not ready to give up “Snapchat” at all) to any of the aforementioned platforms, you are destroying the USP of one decent product.

Text messages have already died. They are now only left for companies to tell me that for shopping of 10,000 rupees you will get 100 points of cashback. Or on the other side, if you are meeting someone extremely important, then you might need to text them, and this happens like once in a month, twice in a year, or never, depends. But for all the obvious reasons, you have that one friend with you all the time which keeps you connected with everyone else, from asking for a coffee to blocking someone, WhatsApp was (still is) good-to-go with its handy UX, and undoubtedly, Mute feature saved many lives.

The USP was simply very clear, instant messaging in a very instant way, that’s all. For the sake of adding more features, and knowing that userbase is extremely high in numbers and highly active, you can not do anything for the sake of doing anything, just because you have got the massive userbase, I repeat. The reason why title reads, why not Truecaller when WhatsApp can.

Truecaller has evolved as a powerhouse. Truecaller even notifies me today when someone has last seen his mobile, unlike WhatsApp which tells me when someone has last seen WhatsApp. Going by the figures, WhatsApp currently has 1.2 billion monthly active users who send a whopping 50 billion messages a day. That’s huge. On the other side, as stated, Truecaller has 250 million users, just short of some 750 million to make it to the billion club, and I truly believe this wouldn’t be a major issue in the times ahead.

Truemessenger is another addition, and when users can do some 2 billion calls since the dialer has been added to the Truecaller app, and becoming 3rd most downloaded app in India for Play Store, the day is not too far for them to do something completely different from their propositions just like what WhatsApp has done, and why not? Because as of now, volumes are speaking, not propositions, really sad.

It should not come as a surprise if tomorrow Truecaller becomes a social networking platform. That’s too much and quite futuristic, but who would have thought we will be reading Snapchat stories on WhatsApp.

I not only find it awkward, but I have already started looking for colleagues on Telegram, and if this is how you feel you will grab users’ attention, and kill one product (Snapchat) at the end (that’s what motive is), your most dedicated users who understand what they are on the app for, will surely find a fix. Right now, I am finding a fix in Telegram.

Or maybe WhatsApp should now introduce an option of Signing In and Out providing the Facebook sign-in button to make it handy a bit, because one thing is for sure, I am not going to put the internet off, rather I won’t mind uninstalling WhatsApp.

Well then, that’s just my opinion, I would want to know, what’s yours; are you having a good time on WhatsApp (so-new-Snapchat)?

By the way, thanks FastCompany for the cover image, image credit goes to you. Didn’t find any cooler image, so “copied” it from you.

The Story Of A Procrastinator Who Will Help You Stop...