﻿ Ayush Garg Hang On, Google Needs To Work On Branding Of Pixel. Everything You Need To Know. October 5, 2016 https://www.nakedtruth.in/wp-content/uploads/2016/10/Google-Event2.png 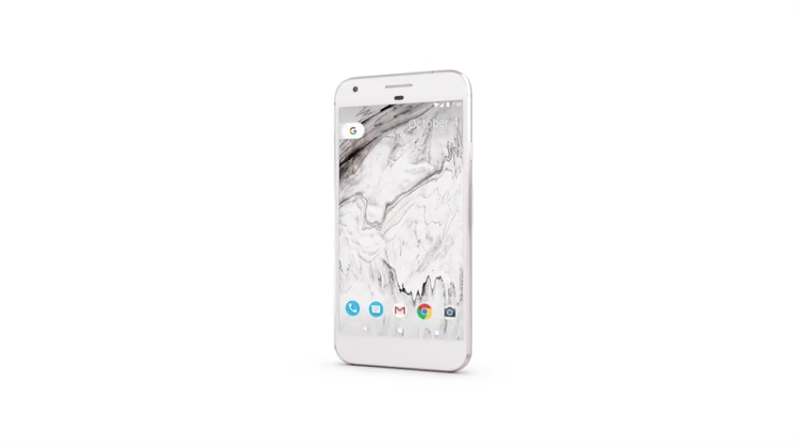 Hang On, Google Needs To Work On Branding Of Pixel. Everything You Need To Know.

With giving an end call to their brand “Nexus”, Google has showcased Pixel, a brand new phone, and a lot more to it, definitely, they are the biggest coders and trendsetters in the world. Apple has quite many reasons to be jealous of them, but they aren’t really marketers, and this demands a case study.

Pixel has everything to make you fascinated, and their one Ad proves it all, and event witnessed many speakers, and the much awaited event for which there were several rumours on the internet has got over a few hours before. It is crazy to consider that Google is 18 and it always seems like as the “newish” tech company. That’s their sheer brilliance!

Here’s all that happened during the event, read on and keep the branding factor in the notice.

Sundar Pichai came in and said, “Computing has always had big shifts every ten years or so.” From a mobile first to an AI first world. Google Assistant is the heart of things.

This idea of a two-way conversation for Assistant is pretty much the impossible dream that every tech company is chasing. And Google is really leveraging ALL that info they have on you and everyone else. “It’s like your own personal Google.” Google—collating the real world like they collate the web.

Their machine learning system has improved 4% in two years which Sundar Pichai is also proud of. He then went on talking about image captioning which seems so pleasantly old-fashioned compared to what will inevitably follow. But also really cool! Like it still blows the mind.

Now onto language translation. It no longer works on a phrase level, but a sentence level, so those dumb google translations will soon be a thing of the past. You can currently test it with Chinese to English language. Machine translation is approaching human-level translation!

WHAT COULD GO WRONG? That’s the problem with Google. They have great stuff but the presentation was BORING. Even Microsoft realised they should just hire the cruise ship guy to do stuff to keep it moving. In short, leveraging every thing appearing innovative to some extent but what about decoding the codes of branding? This is that matters which leverages a brand, and takes a bow at sales. Now, call back, think of Nexus, a decent phone has just got a shut down, and we really don’t like this feel.

Rick came in the house, the Head of the new hardware department at Google. Rick “smiles like a kid when [he] opens a new gadget.” He’s spoken how we’ve gone from 80 billion to 1 trillion photos.

And then, Pixel was announced. Yes, the mobile on which Google is betting on, and the smartphone market is looking at it with the naked eyes. The first phone with Google Assistant built in. Much more for Photography. Google Cloud for storing photos. Improved “communications”. And Daydream VR.

Google Assistant looks very fast. It’s Siri—but smarter! That’s what much needed today. Yeah, this is much intriguing than Siri. He was on the page for a restaurant and said how far is it from the concert?

This looks interesting but also creepy because we don’t really want Google ingesting all our texts, no matter how cool this might be. Maybe we’re overly paranoid but we should embrace this fascination which is really helpful. Any doubts?

Big billion bonanza is FREE unlimited storage of all your photos at original quality. Yes, you read it right. Google Photos is such a terrific product. Having it integrated with the phone is super, super smart. Wait, Google is leaving no space to take digs at their competitors too.

7 hours of power in 15 minutes of charging. Automatic updates happen in the background. No more install progress bars. Gone are the days when you have to hold on your cell to wait for an update to be installed.

24/7 live customer care built into the phone. “We just take care of it for you” – Google executive.

Made by Google inside and out. 5 inch and 5.5 inches display. Exact same hardware specs. And a quick switch dongle in every box! This is HUGE.

It comes in 3 colors. Quite Black, Very Silver, and Really Blue.

$649 unlocked or $27 a month is what its pricing module. Pre-orders start from 13th Oct in India on Verizon, wait, Croma and Reliance Digital too are their partners.

Clay came in to talk Daydream. One up Oculus hard today!

30% lighter than similar devices. “Soft and cozy,” and it’s all wireless. No plugs to mess with like the Gear VR. Multiple colors. Slate, snow, and crimson. In short, these are the really attractive headsets. Either way, it’s more kid-friendly than Game of Thrones.

Gunjack 2 is a mobile version of Eve, a very dope VR game. Netflix and Hulu have VR apps too. That’s hot. VR and chill. And the VR content mode turned on. VR dinosaurs flashed. And VR dinosaurs looked scary. Yes, scary for real!

Google Wi-Fi has become Google’s new router. Google optimizes your network so you don’t have to mess with channels or handoffs between mesh routers.

You can manage Wifi access of your kids. You can pause the internet on a specific device. That is TERRIBLE. Puns apart, $129 for a single pack and $299 for a 3 pack.

Now the time came for Chromecast. 160% increase in watch time on Chromecasts. More than 30 million Chromecast’s sold is big.

1.8x faster than the Chromecast with Ethernet port included. It will be available in November for $69. That’s wicked cheap. The Roku is $99 for similar specifications.

Now onto Google Home, Google’s Amazon Echo competitor. The top is also a capacitive touch panel. Home by you, Help by Google is what Google says and works on it in a decent manner.

Multiple google homes and chromecasts can sync. $129 is the pricing code with a free 6 month trial of Youtube Red and 6 customizable bases.

Now, entered the lead engineer for Google Assistant, Scott. And there came a very tech-heavy presentation. The room anticipated some boredom, in fact.

And, and, and, it went on and on, and that ending was awkwardly abrupt. Seriously, Google, you need to work on the factor of Branding, rest all good and way better. As I said Apple Presentation was way far engaging than this one, my friend immediately said, it looked like a battle between marketers v/s coders. However, coders have given too many reasons to marketers to worry a lot and their smart digs were no less either.

Google, you kept it simple, but too simple is out of context for the event because an event demands a connect too. Good luck for the product, and Pixel, you are quite a black beauty, no doubt. Jet black, suck it!

How Lifestyle Will See A Transition With Driverless Future