﻿ Rinky Marwaha And They Sell A Flower On Streets Crying Their Hearts Out July 22, 2016 https://www.nakedtruth.in/wp-content/uploads/2016/07/Child-Labour.jpg 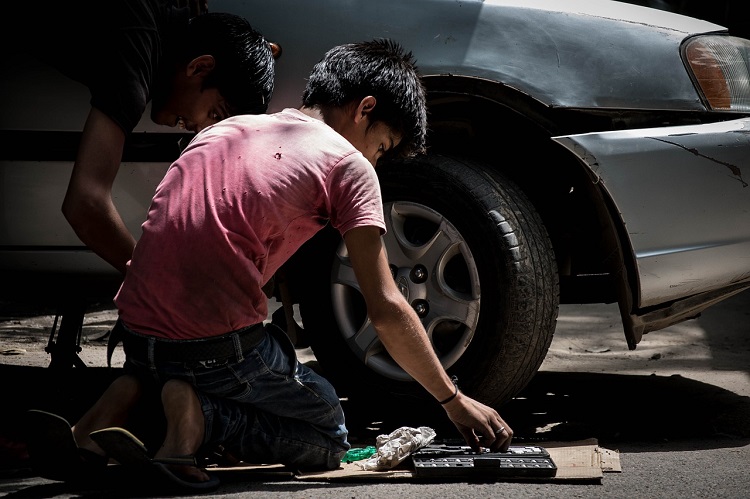 And They Sell A Flower On Streets Crying Their Hearts Out

And the list even includes young children making footwear in the Philippines, fireworks in China and El Salvador, surgical instruments in Pakistan, mining gold in Colombia, charcoal in Brazil, chrome in Zimbabwe, emeralds in Colombia, and coal in Mongolia.

One sits and questions oneself when we see such case studies. Nubile children, meant to be going to school, are snatched away and put into literally highly labour intensive jobs, even. Though a lot has been said and some work has been done to abolish child labour, there are miles to go before we sleep in this arena.

Child labour, by definition, is work that harms children and keeps them away from attending schools and attaining education while working underage. Basically, this is the consequence of the growing divide between the rich and poor which has forced millions of children from around the world to take up menial work.

The International Labour Organisation estimated that at one point in time, there are more than 200 million children between the ages of five and seventeen who are working under conditions which are considered illegal, hazardous or exploitative. Naturally enough, underage kids are made to work because their families are poor.

What is even more sad is that child labour is not something which is happening only of late. The records reflect that even way back in 1900, 18 percent of all American workers were less than sixteen years of age. In India, it is the states of Bihar, Uttar Pradesh, Rajasthan, Madhya Pradesh and Maharashtra where this ill takes place the most.

All, however, is not lost. For example, the number of child labourers decreased by a very whopping 65 percent from 1.26 crore to 82.2 lakh between the Census 2001 to Census 2011. Also, good work is being done on this score by several NGOs.

But, when it comes to fragile kids, no chances can be taken. We, in our individual capacities, can take a hint and stop making kids from doing odd jobs in our homes and hearths. And, this, is only for starters, and then, there’s a lot to contribute through every possible way to rise the majorly affected section of the society keeping the motive of ‘we, the people, are one’.