﻿ Rashmi Malapur A Healer And Peacemaker On A Life Journey: Altaf Sufi From Kashmir On A Peace Walk Since 2010 April 20, 2016 https://www.nakedtruth.in/wp-content/uploads/2016/04/Sufi-Altaf-Bhatt.jpg 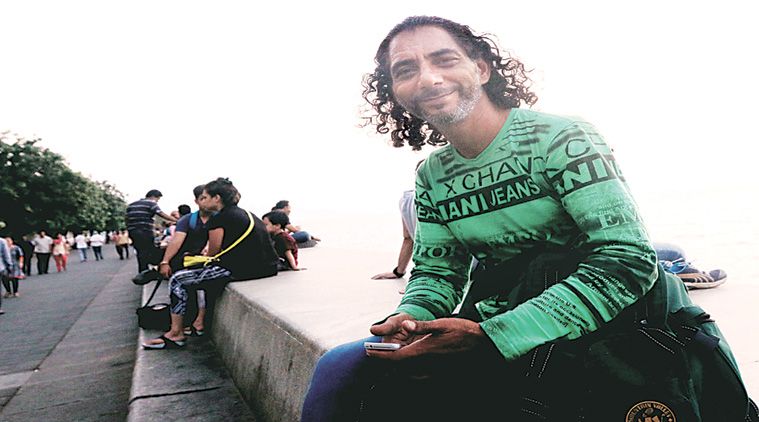 A Healer And Peacemaker On A Life Journey: Altaf Sufi From Kashmir On A Peace Walk Since 2010

The deafening noise of terrorism and violence has shaken many lives in India and across the world. But, the spirit of love, peace and harmony remains unshaken in the heart of few people like Altaf Sufi. He is on a mission to spread the message of peace and people on a mission never rest.

Sufi Mohammed Altaf Bhatt is a healer in the true sense, signifying his name Sufi is on a unique mission to spread love and peace across India. In a world that is hurt by terrorist attacks, he has walked 7,500 km across Northern and Western India since 2010 to talk to the people and reinstate the importance of peace.

A ‘Sufi’ is the one who loves truth and by means of love and devotion moves towards truth. A Kashmiri by birth, he abandoned his homeland at the tender age of 18 years, when he was deeply hurt by the violence in the paradise. He could not focus on studies so quit it completely in class eight. This was way back in 1990 when the relations between India and Pakistan were highly tensed.

Sufi first started this unique journey on his feet on 24th September 2010 from Mumbai to Kashmir and covered 20 to 30 km each day. He stopped by many cities and towns to speak to school children about peace. He requested school principals to give him permission to talk to school children as he believes that young minds are susceptible. They get misguided easily and turn towards terrorism.

His aim is to guide them to make right choices in life and understand that terrorism doesn’t benefit anyone. He reached back to Kashmir in one and a half year as he walked through Maharashtra, Rajasthan, Madhya Pradesh, Himachal Pradesh and Punjab.

Sufi’s journey is neither comfortable nor easy. He sleeps on footpaths, under the trees in forests, or he gets invited to houses of people, he befriends during his journey. He eats food given by others or manages at dhabas. During his interaction with people on his journey, Sufi discusses the significance of peace.

In 2012, he braved the journey from Himachal Pradesh to Kashmir and recently in 2015, he jumpstarted on a new journey from Goa to Mumbai.

This journey was special as he was accompanied by two pet dogs. The purpose was to send a message that stray dogs should be taken off the street. They should be provided shelter and people should come forward to adopt them.

On his journey, he was later joined by nine puppies that have now been adopted by animal lovers so he believes he gave a new life to them.

His cause to provide shelter to dogs has been supported by a couple in Kulad, which is near Goa. They are providing him land to establish a sanctuary for stray animals and some friends from Goa will help him to run it.

The determination and resolve to spread the message of peace is so strong for Sufi that nothing seems to deter him.

Few souls inhibiting this universe don’t let us get disillusioned by terrorism and violence due their sheer belief in peace. Their grit and passion for reinstating the importance of peace in society are actually impactful.

Breakups Are A Sad And Speedy Reality, Don’t Let It...