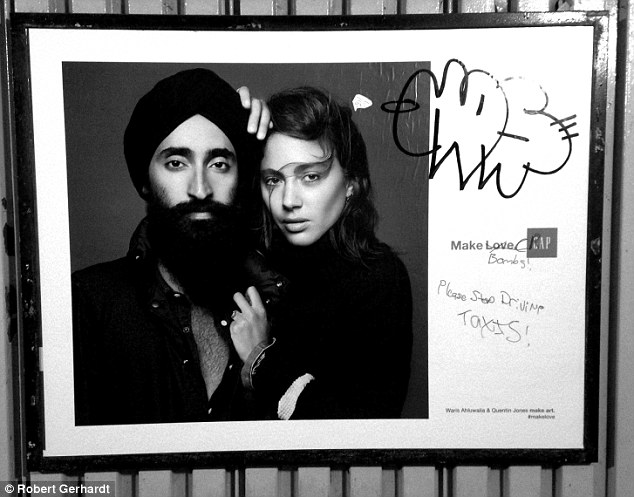 Waris Ahluwalia, a Sikh American designer, model and actor, originally from India was denied permission to board his flight from Mexico to New York on 9 Feb 2016. The airline questioned was Aeromexico.

The decision taken by the staff of Aeromexico was due to the fact that Ahluwalia refused to take off his turban during the security check. Aeromexico instantly received a lot of backlash on the social media after Ahluwalia posted a picture of himself with his boarding pass, explaining why he wasn’t allowed to board his flight.

He further decided to not leave Mexico until the issue was maturely resolved and the airline had not only apologized but also understood their mistake and were ready to educate their staff to be sensitive to different faiths.

Aeroméxico said in a statement it had apologized to Mr. Ahluwalia: “This incident inspires us to make sure that our safety personnel strengthens its customer service protocols, with full respect for the cultural and religious values of our customers.”

This was not the first time for Ahluwalia to be subjected to a racist attack.

In 2013, Ahluwalia had featured in a print commercial for the famous fashion brand, GAP. The original caption for the advertisement was ‘Make Love’ which was later altered to ‘Make Bombs’ by some destructive elements at a subway.

They also added, ‘Please stop driving taxis’ onto the poster. This incident too received criticism on the social media. In fact, to show solidarity with the Sikh model and back its ad, GAP changed its display image on its Twitter page to that of this advertisement which featured Ahluwalia.

Another incident of the same nature reported this week, was the hurtful comment made by a Facebook board member on India. After TRAI’s ruling against Facebook’s Free Basics, Silicon Valley venture capitalist and Facebook board member Marc Andreessen tweeted, “Anti-colonialism has been economically catastrophic for the Indian people for decades. Why stop now?”, suggesting that Indians were headed for an economic disaster by banning Free Basics.

In times when Indians like Sundar Pichai (CEO of Google), Indira Nooyi (Chairperson and CEO of PepsiCo) and Harjit Sajjan (Defence Minister of Canada), among many others, have grown to be globally known as the lead game changers, racist attacks and comments like these are nothing but unexpected and unwarranted.

Clothes play a very important role in our lives. They have a religious, cultural, economic as well as social relevance in our society. Racism against color or clothing is a problem faced by many ethnicities across the globe. Initiatives by fashion houses, even though commercial at heart, have brought a new awareness.

A positive trend has recently been seen in the fashion world. We saw GAP collaborating with a Sikh model. Also Gucci, Dolce and Gabanna, and H&M have introduced their line of hijab, bridging the gap between fashion, cultures and identities.

Preconceived notions lead us to follow an indefinite way of destructive norms in whichever way it can. Just like all black things are bad, whether it is black money, black spirits or black skin.

As hurt as we may claim to be as a country and community, we too are culprits when it comes to generalizing ethnicities and countries.

Attack against a Tanzanian girl in Bangalore just a couple of days ago,