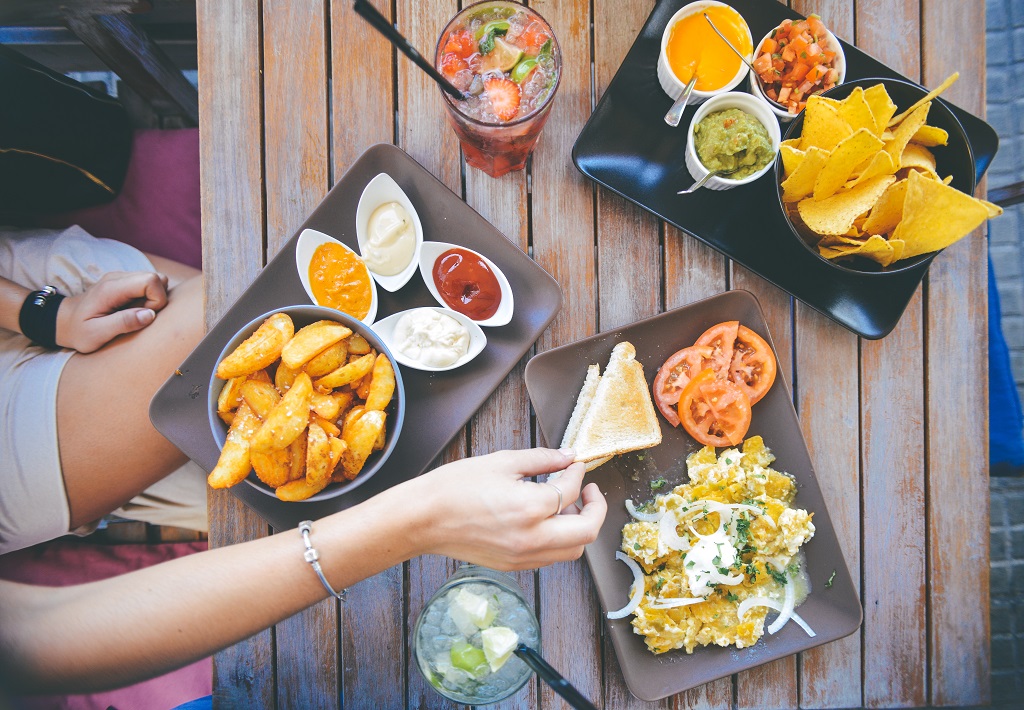 Mediterranean cuisines are riding a high crest these days. It is on popularity charts the world over not just for its versatile taste but there is a health element too connected with it. Technically speaking, this type of food comes from countries around the Mediterranean sea i.e. Lebanon, Greece, Italy, Israel, and the like.

What has come to light is that Italian cuisine is not just pizzas and pastas. In fact, it constitutes a very vast arena with risottos, lasagnes, raviolis and cannelonis in it. Even Italian desserts range is pretty exhaustive what with their baked cheesecakes, tiramisu and panna cottas as are their antipasti appetisers like crostinis, panzerottis and bruschettas.

When it comes to Turkey and Israel, it is non-vegetarian fare which pops up into the mind. The Israelis, especially, even go in for raw foods like their fish without being cooked but spiced up with many sauces and spices. Also, hummus is a staple accompaniment for their food, be it the veg or the non-veg variety.

For making this: Take a cup of kabuli chana or chick peas. Soak it in water overnight. Clean, wash and drain. Add another cup of water and salt and cook it till the chick peas are totally done and can be mashed easily. Drain and preserve the liquid. Blend this with a few flakes of garlic, a teaspoon of lemon juice, some tahini paste (available in gourmet stores), a tablespoon of curd, salt and a teaspoon of olive oil. Serve at room temperature or even after refrigerating.

Lebanese cuisine, by itself too, is being seen around a lot these days. As it is said, any conservative beginning to a Lebanese meal would be with arak, an aniseed-flavoured liqueur. The drinks are followed up with mezze or appetisers like pickled vegetables.

It is famed that a Lebanese meal is considered incomplete without serving any form of bread, especially unleavened bread. A footnote to this type of food is that the pita sandwich bread even functions as a replacement for forks and spoons! Dips like baba ganoush and labneh are mainstream.

What stands out a lot or is rather most renowned about Lebanese cuisine is the baklava, a dessert which constitutes layers of filo pastry drenched in sugar syrup and nuts.

Greek food is rife with the seafood staples. Their cooking comprises of ingredients such as olive oil, lemon juice, herbs, grains, vegetables, wine, meats like poultry, lamb, rabbit and pork. Dishes like the moussaka and grilled fish are topmost on culinary scales. Also, dips like tzatziki, melitzanosalata and fava are favoured here. Fresh cheeses like feta or graviera are considered hotshot and eaten at almost all times during the day.

These countries, due to their proximity to the sea tend to make use of a lot of seafood which is in any event considered good for our inner systems.

Also, the primary medium used for cooking purposes is mostly different strains of olive oil, which again, is very good for the heart as it keeps bad cholesterol levels in check. Even in grains, wheat is largely used, good for increasing protein intakes.

The health aspect of Mediterranean food is now really in the public eye.

The Quick, The Responsive, The Prime Minister, The Justin Trudeau