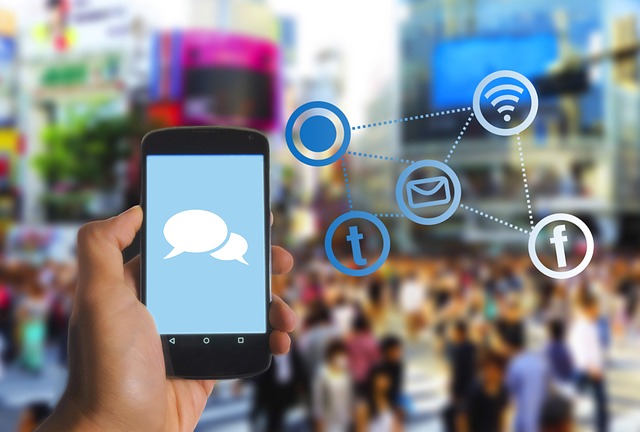 When 19-year-old Essena O’Neill called Instagram ‘dishonest’ and quit the platform after crying in a two-minute long video on YouTube, she once again opened up the ‘good vs bad’ debate that has dogged social media for years.

O’Neill, an Instagram model with around 574,000 followers when she quit, said she was fed up with the “false reality” the platform promoted.

In no time, the Internet was flooded with polarized opinions. Some called her “an attention seeker who didn’t know when to stop”, while others sympathized with her and called her just another victim of the “dark side of the Internet”.

This difference of opinion was echoed by the Dubai residents I approached.

While parents and teachers were quick to label social media a menace, students and youngsters felt it was a necessary tool to connect.

“This is the ugly side of the Internet. Today you have no idea of the kind of information your children have access to. You cannot control everything,” said Meenakshi Iyer, a social media expert working with a Dubai-based media marketing company.

“I don’t want to spend the rest of my life worrying what my daughter uploads on the internet and what my son downloads. Children’s minds are so easily influenced by what they see on the Internet,” said Claire, a mother of two.

According to media reports, 35 students under the age of 18 had killed themselves last year due to cyber bullying or peer pressure. There were several others who emotionally broke down and needed professional help. In the US alone, this number has grown three-and-a-half times in the past six years.

“If students say they need social media to stay connected, they are lying. They need it to tell their friends they are better than them, that they are well off compared to them. They want to make them jealous. This is the harsh truth,”
said Vince Ang, a teacher in British curriculum school in Dubai.

“Your popularity depends on your ‘friends’ and ‘followers’, the ‘likes’ your content has, the comments people of the opposite sex write on your page, the retweets you get. If you have fewer friends on social media and no likes on your pictures, then it’s a huge moral setback,”
he added.

According to a published medical research, the number of likes, upvotes, retweets and comments have a direct impact on the emotional wellbeing of youth today, and they matter as much as good grades and admissions to prestigious colleges.

The research divided social media audience into two groups – the providers and the consumers.

Vince couldn’t have been closer to the truth.

Most of the students I spoke to secretly admitted that they use social media not to share content themselves, but to keep track of what their friends are up to. They even admitted they upload pictures just to show off.

“I hardly upload any pictures myself, but I like to keep track of where my friends have been and what’s happening in their lives,” said Ayush, a Grade 8 student in a CBSE school, who may be classified as a social media consumer.

For Ayush and several other people like him, social media has become a tool to watch others and imagine themselves living the life and style of people like O’Neill.

“It’s similar to a Hyundai owner take pride in watching a Rolls-Royce drive by. He knows he cannot own it, but watching it gives him pleasure, and for a brief moment he imagines himself in the driver’s seat,” said social media expert Iyer.
“It’s a tool of emotional support. It fills up the vacuum in their lives.”

Mary, a Grade 10 student from Philippines, is a provider. She uploads 30-40 selfies every day on Instagram, and gets four to five hundred upvotes on most of them.

“I like to take pictures of myself. My friends like to see me pose for the camera,” she said. Mary is planning to enrol in a modelling course after finishing school.

Mary’s friends have similar tastes. They upload videos on YouTube about what they are wearing and eating. They give fashion advice to their followers, and sign off with a pout for the lens. This, they say, is their favourite part of the video. For them, too, upvotes and shares are a form of emotional fulfilment.

“If a particular video is not liked by the audience, we try to do better,” Mary’s friend Erica said. “I get restless if my video doesn’t get good response within an hour.”

When asked what she would do if one day she finds all her fans have vanished, Erica said she would probably break down and start all over again.

Has social media really empowered the youth and connected them? Probably not.