﻿ Ayush Garg McDonald’s Is In “Deep Depression” And Could Be Facing Its “Final Days” October 19, 2015 https://www.nakedtruth.in/wp-content/uploads/2015/10/McDonalds_Times_Square.jpg 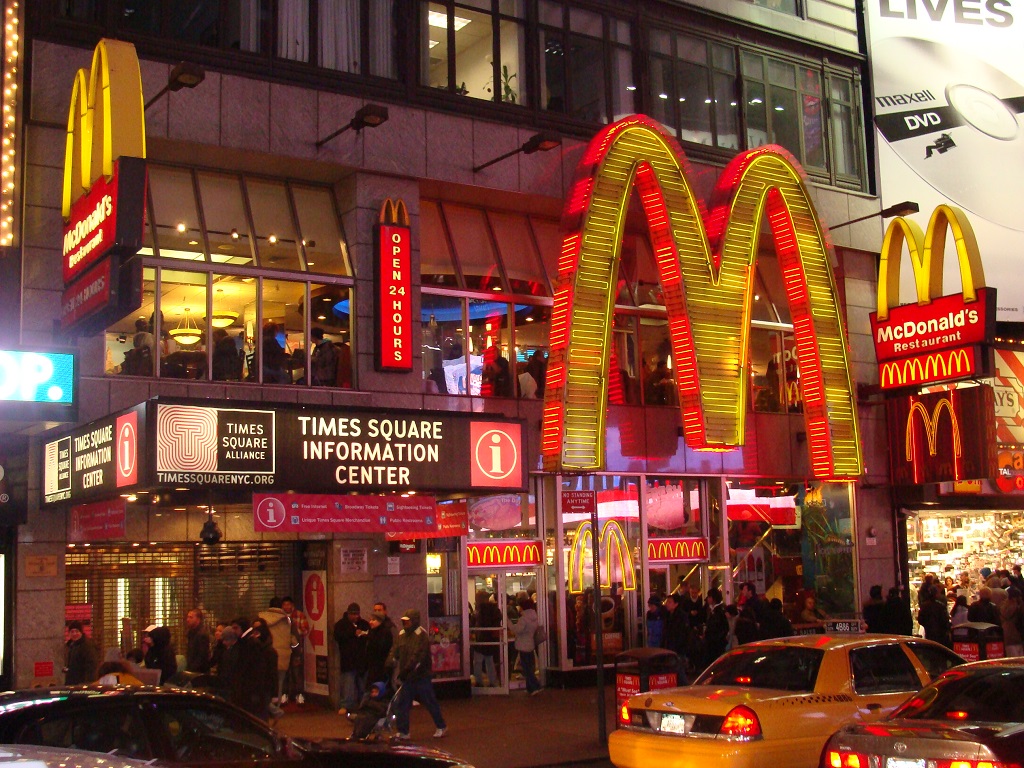 McDonald’s is facing a “deep depression” and could be in its “final days,” according to some US franchise owners who were surveyed about the restaurant chain’s recent performance.

“We are in the throes of a deep depression, and nothing is changing,” one franchisee wrote in response to the survey by Nomura analyst Mark Kalinowski. “Probably 30% of operators are insolvent.”

In an attempt to shore up a slump, McDonald’s introduced all-day breakfasts in its US stores, which also included digital ordering kiosks and other new menu items.

More than a dozen franchisees expressed frustration with McDonald’s management, saying that CEO Steve Easterbrook’s turnaround plan — all-day breakfasts, is a distraction from the core issues of McDonald’s, like food quality and customer service.

Several franchisees complained about all-day breakfast, saying that it has complicated kitchen operations and goes against Easterbrook’s repeated promises to simplify the menu.

Franchisees also criticized the “Create Your Taste” program, which allows people to customize their burgers with premium ingredients.

“They are throwing everything they can against the wall to see what will stick,” one franchisee wrote.

On the other hand, the company’s reaction to their frustration, one franchisee claimed, is for operators to “get out of the system” and quit the business.

“We’re hearing from customers and the overwhelming majority of our 3,100 franchises that all-day breakfast is a hit!” a company spokeswoman told Business Insider.

“In fact, since the launch, McDonald’s has reached its highest brand score in two years according to YouGov BrandIndex.”

It’s part of McDonald’s plans to reverse an almost two-year decline in sales in the US, but some restaurant operators aren’t impressed.

In the survey, one wrote, “The CEO is sowing the seeds of our demise. We are a quick-serve fast-food restaurant, not a fast casual like Five Guys or Chipotle. The system may be facing its final days.”

Let’s see how this big-fat fast food chain takes their lead to backup. It looks like now they need to prominently satisfy the franchise owners first as their priority than their customers.

All eyes on the brand, and we all know, the marketplace has many more giants who will not take a second to push off the brand low despite the world’s largest chain of hamburger fast food restaurants. Burger King, are you listening?

I Am An Indian And I Am Not A Rapist

Diary Of Train Journeys In Mumbai